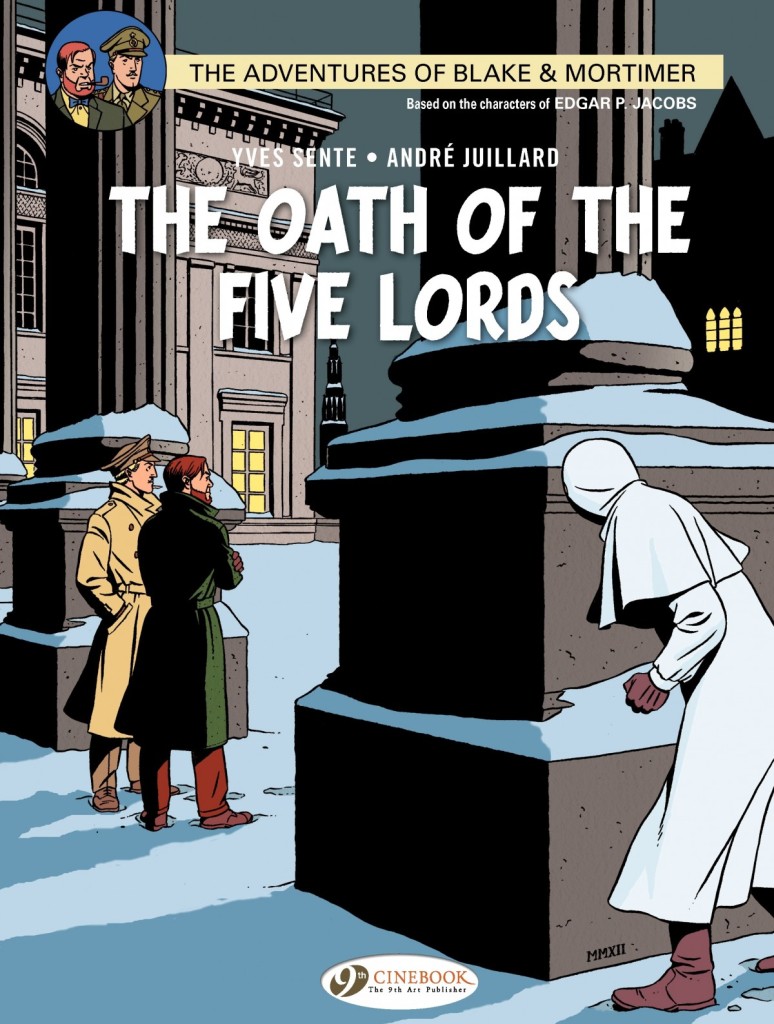 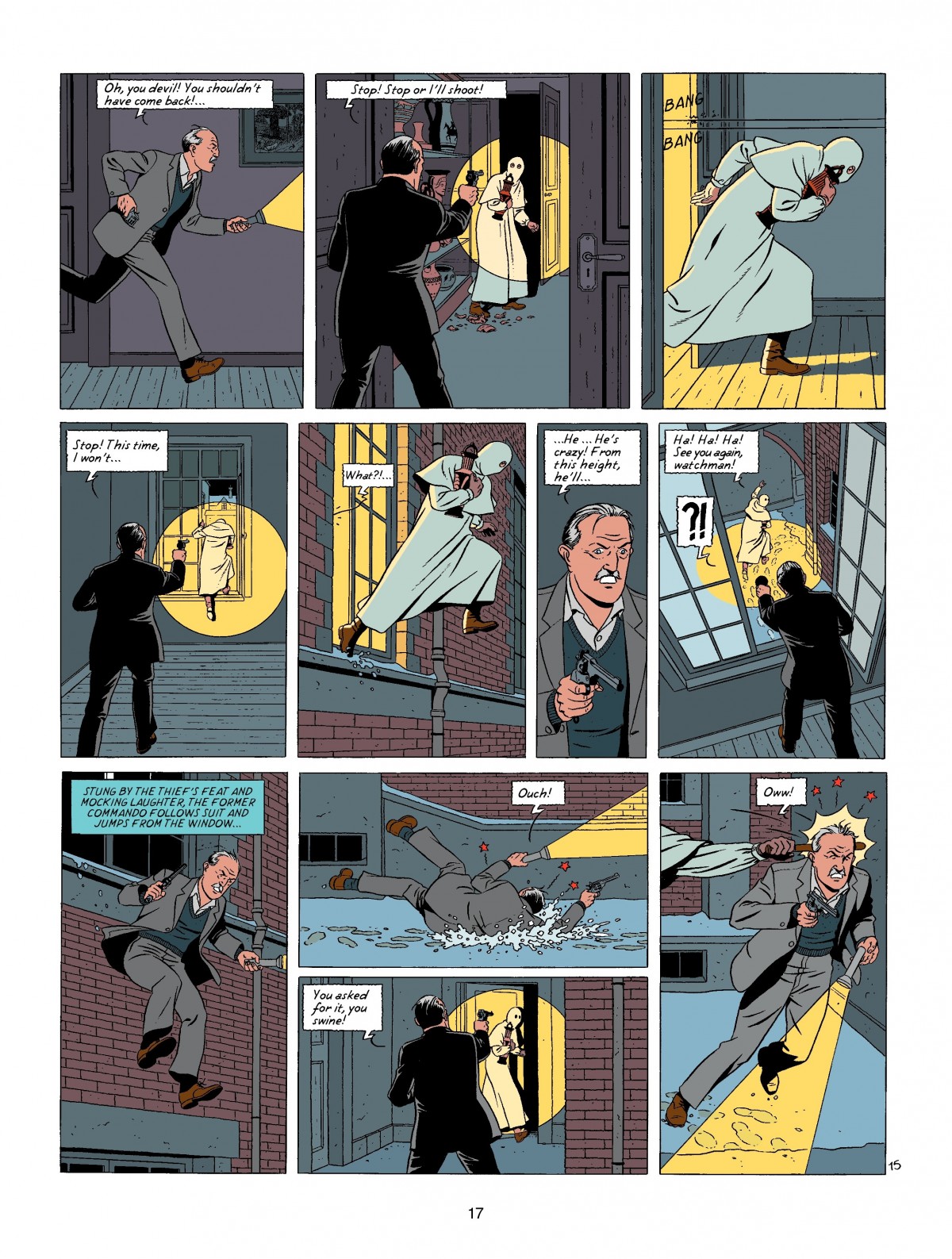 Yves Sente wrote a great Blake and Mortimer story at his first attempt, The Voronov Plot, and this is also very impressive. It’s notable that both he and artist André Juillard now have the confidence to step away from absolute faithful mimicry of the style employed by series creator Edgar P. Jacobs. Juillard’s art now bears a greater resemblance to his natural style, although he still respectfully utilises more distant viewpoints and a greater accumulation of panels per page than in series more associated with him. Sente remains faithful to the period setting, but no longer employs so many vast blocks of sometimes unrequired text. It provides the book with a far less cluttered look than the material Jacobs produced.

The Oath of the Five Lords is a title relatively rapidly explained, and by the halfway point it appears Blake and Mortimer are well on top of matters, which isn’t the case. Sente plants enough red herrings among the well deposited clues to ensure the mystery is maintained until near the end, with good use of a method used by sociologists to determine subconscious prejudice. He also continues adding details to the characters’ pasts, almost as extensively as within The Sarcophagi of the Sixth Continent, here concentrating on Blake, revealing how he joined MI5 and one of his earliest missions. Blake’s past is also integral to the plot as the final details begin to drip through, although his connection is one aspect not too finely concealed. It’s another fine plotting device, that of the reader deriving some satisfaction at having deciphered one clue only for others to float above their heads.

This is a mystery more than an adventure, beginning as Professor Mortimer is invited to Oxford to address the students. His arrival coincides with a series of items being stolen from the prestigious Ashmolean Museum. These are puzzling thefts as the items selected are of lesser value than those surrounding them, and the thefts occur individually. Captain Blake attends the funeral of an old friend, before learning of the death of another.

Sente ensures the readers are privy to some events initially not known to Blake and Mortimer, and also interesting is the more adult world introduced to the stories. A particularly virulent ideologist appears in the intriguing opening sequence, and reference is made to the far from ideal marital circumstances of one deceased character. These aren’t obtrusive, but add a more realistic adult sheen to the world occupied by Blake and Mortimer.

Juillard’s art is superb. The story is set in winter, and he supplies snow-coated landscapes and architecture, some great old British cars and first rate storytelling. He’d previously mentioned how difficult he found it to capture Blake and keep him consistent, yet that’s a problem that appears to have passed.

This is another of Sente’s stories avoiding the fantastical science fiction elements prominent in Jacobs’ material, and the period murder mystery may be more familiar to British readers via television exposure. When they’re constructed this well, though, does that really matter?