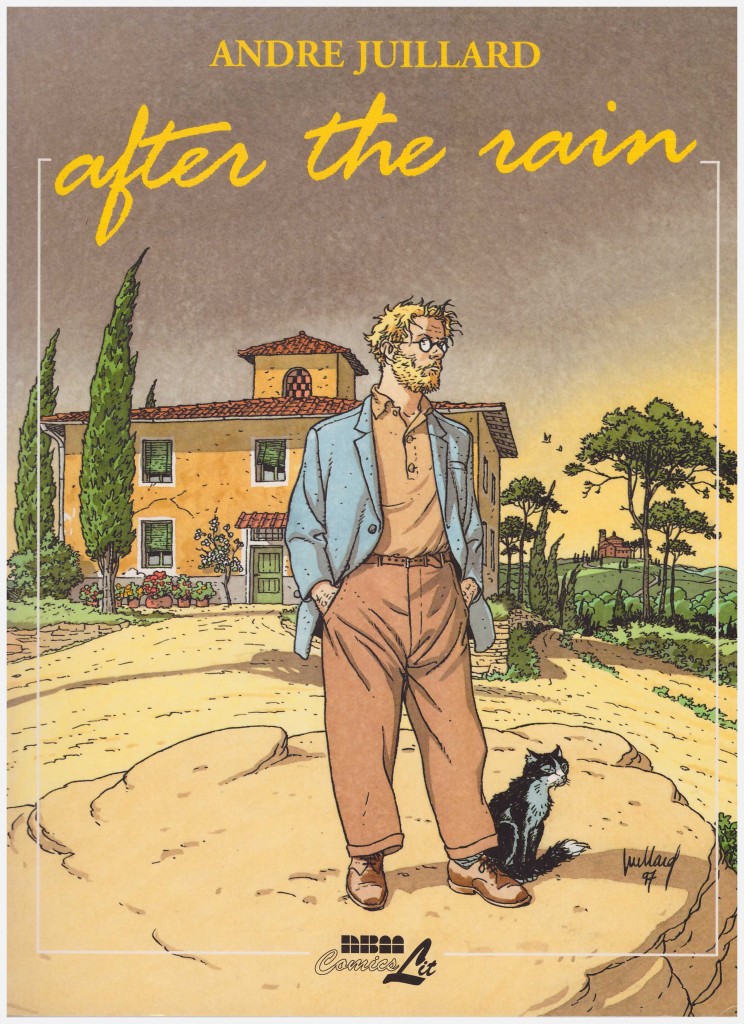 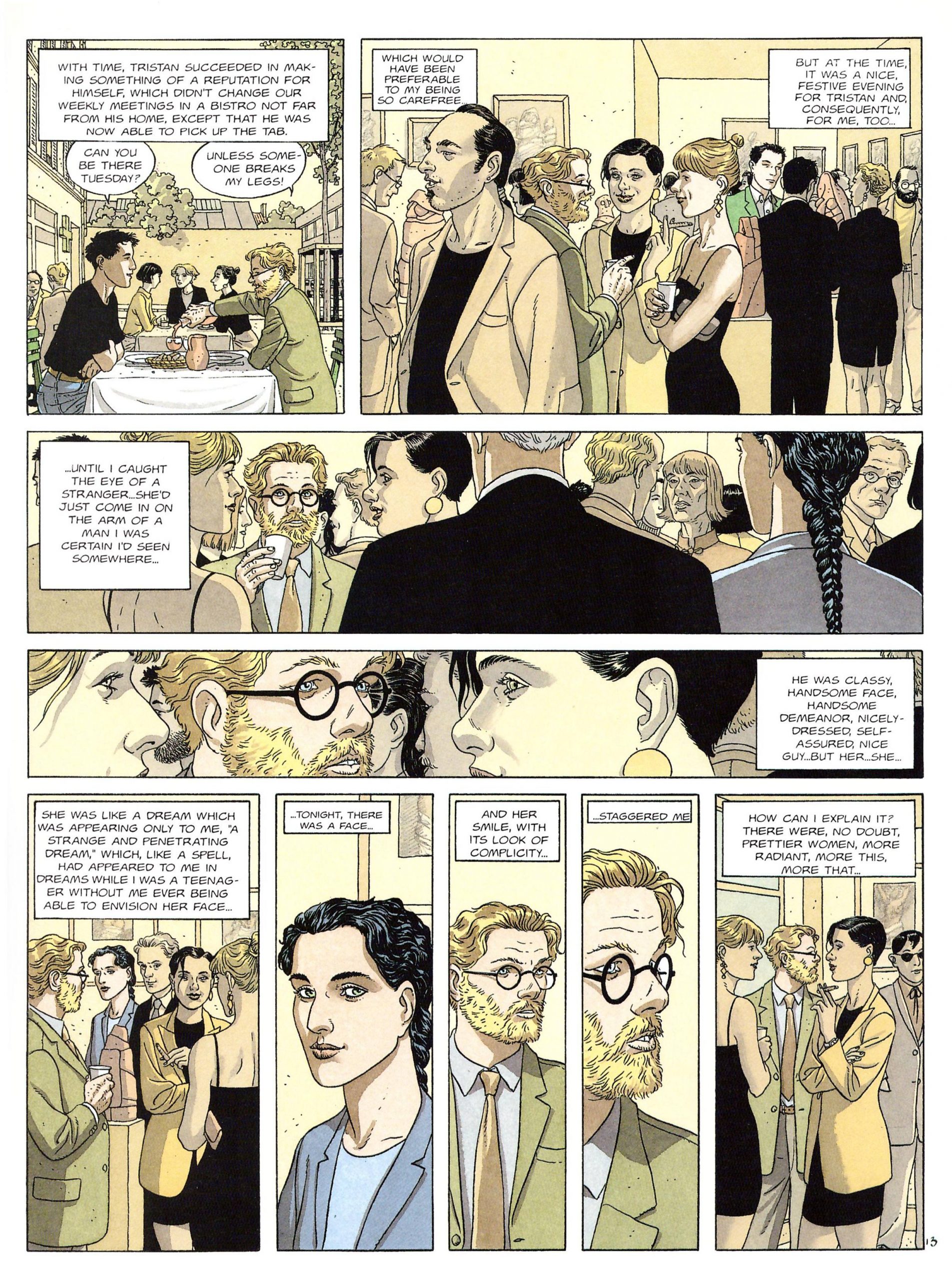 Those who’ve read André Juillard’s The Blue Notebook will be gratified to learn from the opening pages that Louise appears to have found a less obsessive boyfriend, but Juillard does himself no favours with this sentimental cameo. It instantly draws attention to his previous work, inviting a comparison that leaves After the Rain a distant second.

Abel Mias and Tristan Milea grew up together, and their childhood friendship survived the teen years to develop into a lifelong attachment. That is until the point eighteen months before the story begins when Tristan disappeared. In all that time Abel has received one vague note with no return address that explained very little. Chancing on a photography exhibition, though, he notices one of the images features Tristan, and a woman he knows as Clara.

Answers to his enquiries as to where the photograph was taken provide enough clues for Abel to inform his girlfriend that he intends to locate Tristan and Clara. This requires an admission that he’d been infatuated with Clara, a love that had been unreciprocated, before meeting Eve. The trail takes him to Florence, where he starts tracking down anyone who owns a yellow Fiat 500.

When asked by Eve, Abel is hesitant to categorically deny he no longer feels anything for Clara. This aspect of the story’s primary romantic relationship is well delivered, but in the light of late revelations other elements don’t ring entirely true. The lack of emotional resonance handicaps the narrative, which is eventually neither fish nor fowl. It begins as something appearing to foster the refined characterisation of The Blue Notebook, but then becomes a mystery that finally takes an odd left turn into Hitchcock style adventure (although a little more brutal). Juillard perpetuates an air of impending menace well, but saves a not entirely plausible five page explanation for the final pages, and ends the book extremely abruptly.

On its own merits After the Rain is a middling story, with the greatest strength being Juillard’s exceptional art. He takes his lead from the ligne claire school with sparing use of shadow and spotted blacks, and convincingly creates a believable cast.

Anyone fluent in a European language is directed to Juillard’s two volume collaboration with Pierre Christin, Lena’s Trip. Also adult in the best sense of the term, it’s an intriguing present day mystery with a varied cast.