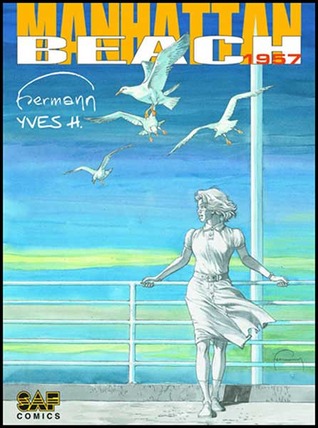 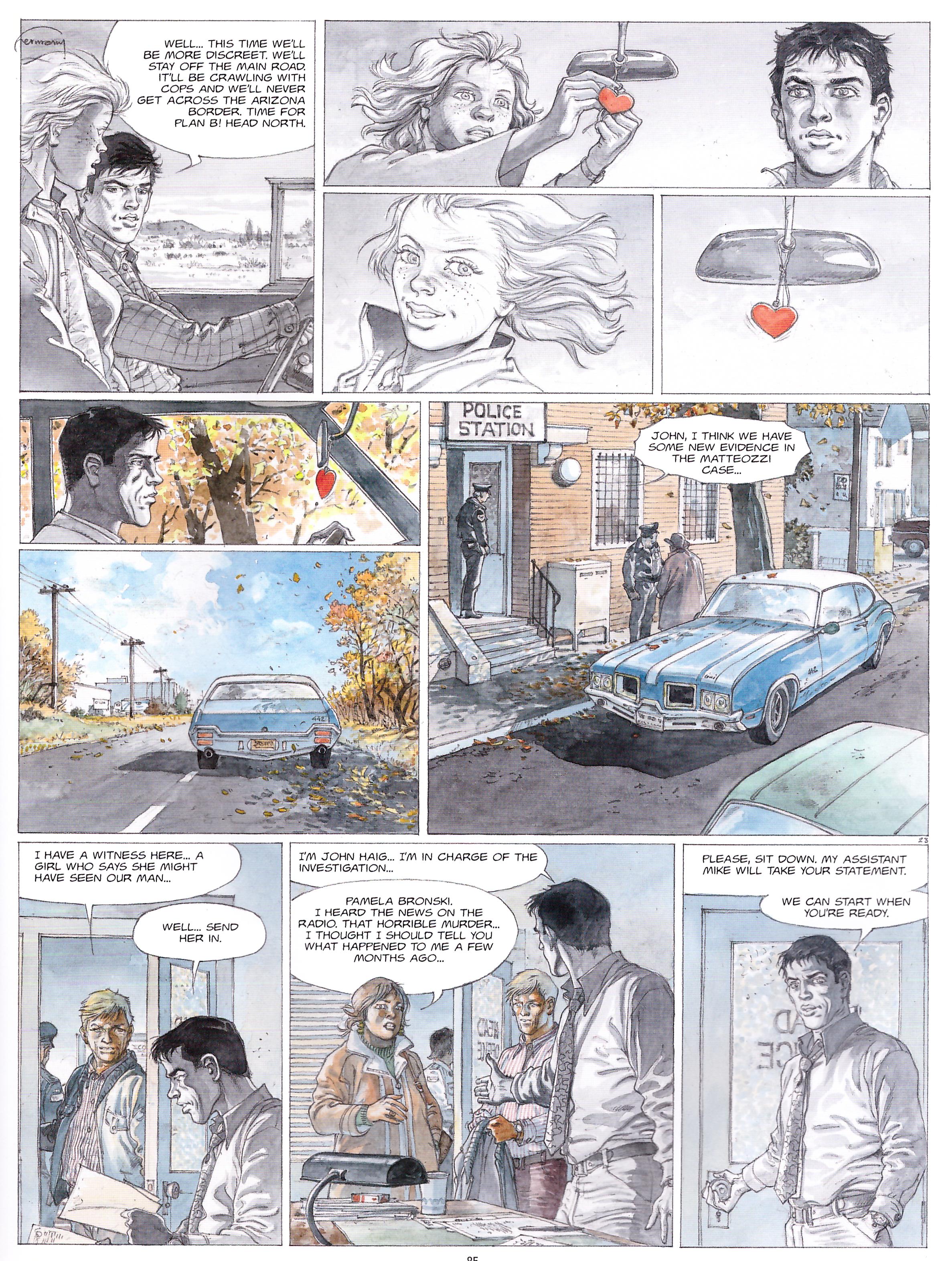 Under only his first name, Hermann Huppen is the artist and author of numerous long-running series known throughout Europe dating back over 45 years, yet he’s almost criminally anonymous in the English speaking world. The best-known English language translation of his work is Jeremiah, yet even in the wake of the US TV series only a third of the 31 volumes have been translated.

Since the millennium when not working on his regular series, Hermann has been illustrating scripts provided by other writers, primarily his son, here credited as Yves H. It’s a polished look at how a single incident in teenage years can shape an adult, wonderfully drawn by Huppen. He accurately conveys both the 1957 and 1976 period settings while also creating an aspirational dream America. His lead character is intentionally poker-faced, but he brings life and humanity to the remainder of the cast, all of whom are convincingly depicted as individuals.

Athens police detective John Haig is a sullen and depressed man. An incident in his past still scars him twenty years after the events as he searches for a serial killer he still believes to be at large despite someone else being convicted for the crime. Haig is depicted throughout in the grey used for the scenes set in 1957, indicating he’s never left there. His problems begin with a bus trip to Oklahoma during which he meets an attractive young girl travelling alone. In his youthful naivety he can’t see past the idealised version of Daisy he instantly constructs, despite all evidence of her never coming close to matching this.

On the surface Manhattan Beach, 1957 can be read as a relatively straightforward story, but there are depths. One is Haig’s subconscious nagging at him in the form of Elvis Presley, in 1957 the beautiful teenage idol singing rebellious anthems, and in 1976 the bloated Vegas schlock performer. Despite the decline Presley represents, Haig stubbornly adheres to the convictions responsible for his emotional void. There’s also a fine storytelling choice made in a form of closure of which Haig remains entirely ignorant.

There a sidebar element that diminish this otherwise fine story. Sloppiness results in Haig being referred to as John Reed on the back cover blurb, and the awkward phrasing of that blurb exemplifies poor translation from the original French. It’s literal throughout, which is a mistake when dealing with a story that depends on setting a mood, and frequently results in unconvincingly phrased dialogue.

This edition is an attractive European style hardbound volume, but better value is Dark Horse’s 2015 Trilogy USA. It collects Blood Ties along with Manhattan Beach 1957 and the never previously available in English The Girl From Ipanema, all three crime stories with an American setting wedded to European sensibilities.