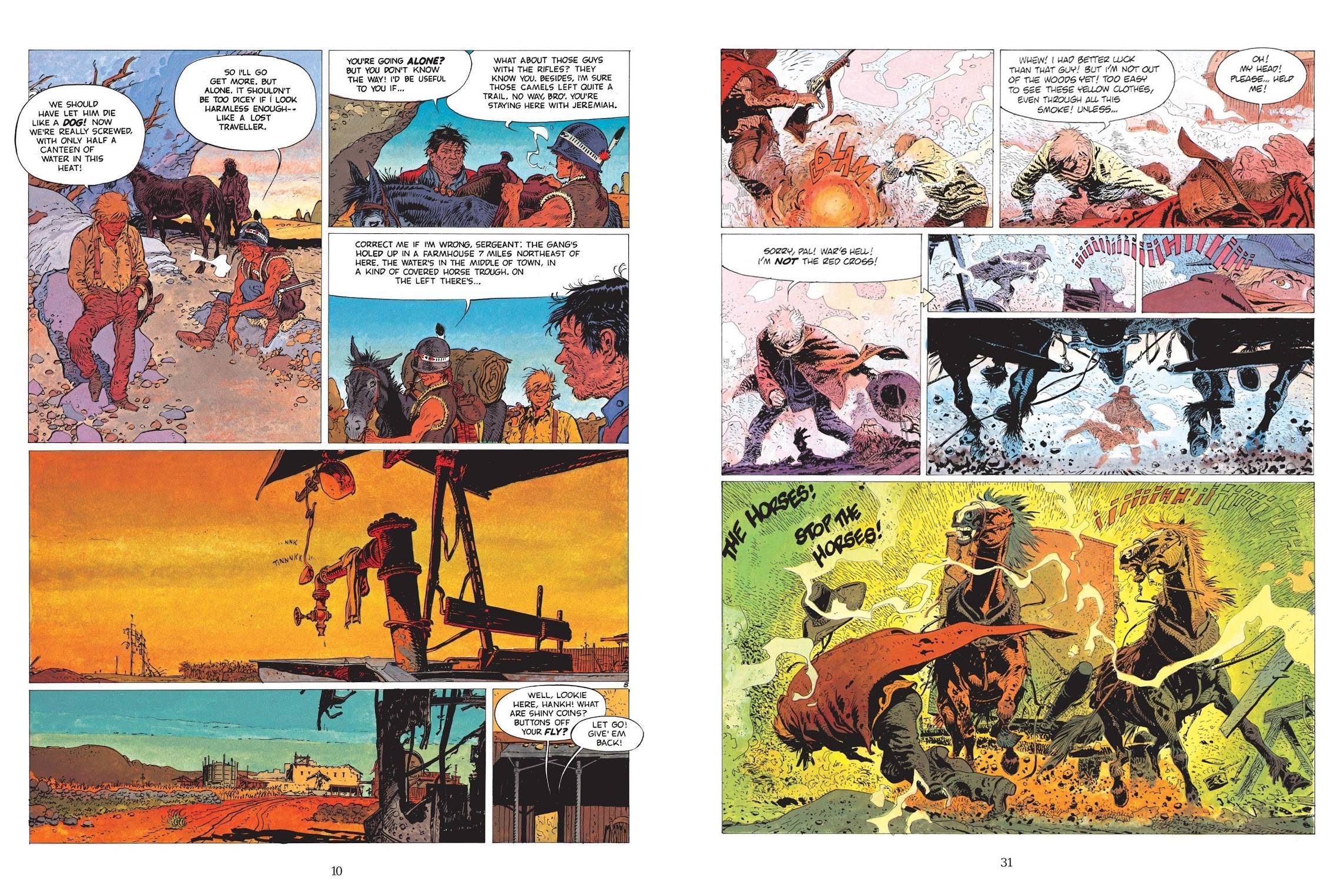 Jeremiah is a series that’s run to 38 European volumes since 1979, earning creator Hermann (Huppen) numerous awards along the way, yet it’s never managed to catch on in English despite a TV show running for two seasons between 2002 and 2004. In 2012 Dark Horse made another attempt to interest an English speaking audience in this post-apocalyptic saga with three nicely produced Omnibus editions, each combining three Jeremiah graphic novels.

The first had previously been released in English as The Survivors: Talons of Blood, and is here retitled ‘Birds of Prey’. Over a compact four panel opening page Hermann shows how society collapsed, a race war leading to an apocalypse before the remnants of humanity scrabbled back to a pre-industrial era in small communities. At this early stage of Jeremiah Hermann is supplying what’s largely a Western, explicitly so in the first two stories, complete with homage references. The opener introduces Jeremiah as a teenager whose relatives are massacred when a local thug and his henchmen seek to teach a lesson. Jeremiah himself is fortunate to have met Kurdy Malloy, a worldly wise survivor able to keep him alive.

Hermann had a considerable artistic track record before striking out on his own, so all three stories feature richly drawn landscapes, characters and settings. By and large he’s not interested in glamour, so the people are rough and ready folk, not catalogue models, and they’re given distinctive touches, such as Kurdy wearing a standard issue 20th century military helmet. That’s also a reminder that we’re not in the old West. The locations are full and detailed, even during the second story, much of which takes place in the desert, where Hermann pours the detail into the rusty pump seen on the sample art. Collaborator F. Raymond colours the pages, very effectively for the desert sequences where you can almost feel the heat, the dust and the flies, and the combination of art and colour in sets a distinctive mood.

‘Fistful of Sand’ is also a western despite the presence of camels, Jeremiah and Kurdy stumbling into a situation of an ambushed army coach carrying strongboxes, and gangsters wanting the contents. It extends the tension to the end because we’re never sure who’s telling the truth, apart from Jeremiah, and no-one believes him. He rather slips into the background, with Kurdy given the larger role, but it’s clear he’s now older and wiser. However, there’s too much guessing, and the art is the highlight.

It’s with ‘The Heirs’ that Hermann moves toward the way the series will progress, introducing a motorcycle and some further 20th century trappings, with the villains of the piece occupying a seven storey building. A complex set of family circumstances reduce a community to poverty simply by denying access to a road. Hermann’s plot is fostered on dividing and conquering, and he plays that theme out beautifully to the end, throwing in several surprises based on the poorer aspects of human nature.

Time has caught up with Jeremiah to an extent, which has pros and cons. The post-apocalyptic scenario is now far more common across all media, meaning Jeremiah is no longer as unique as it once was. Balancing that, though, is that these stories haven’t dated at all since their original publication and still provide the intended thrilling read, with more to follow in Jeremiah Omnibus 2.

Print copies of this Omnibus are now rare and desirable, but it’s not too difficult to track down the digital versions of the three stories, and they’re worth having in any form. 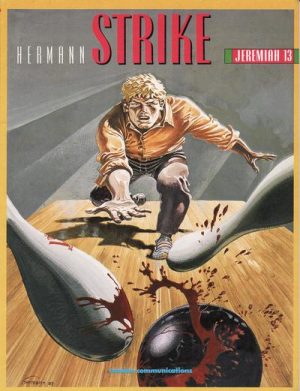