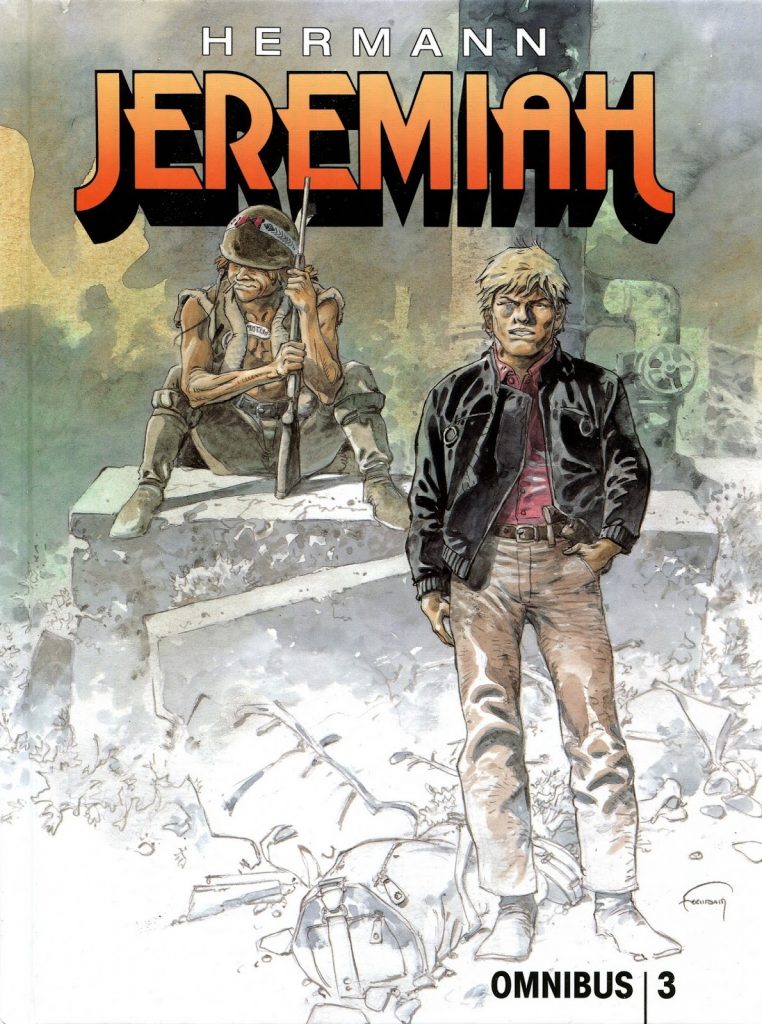 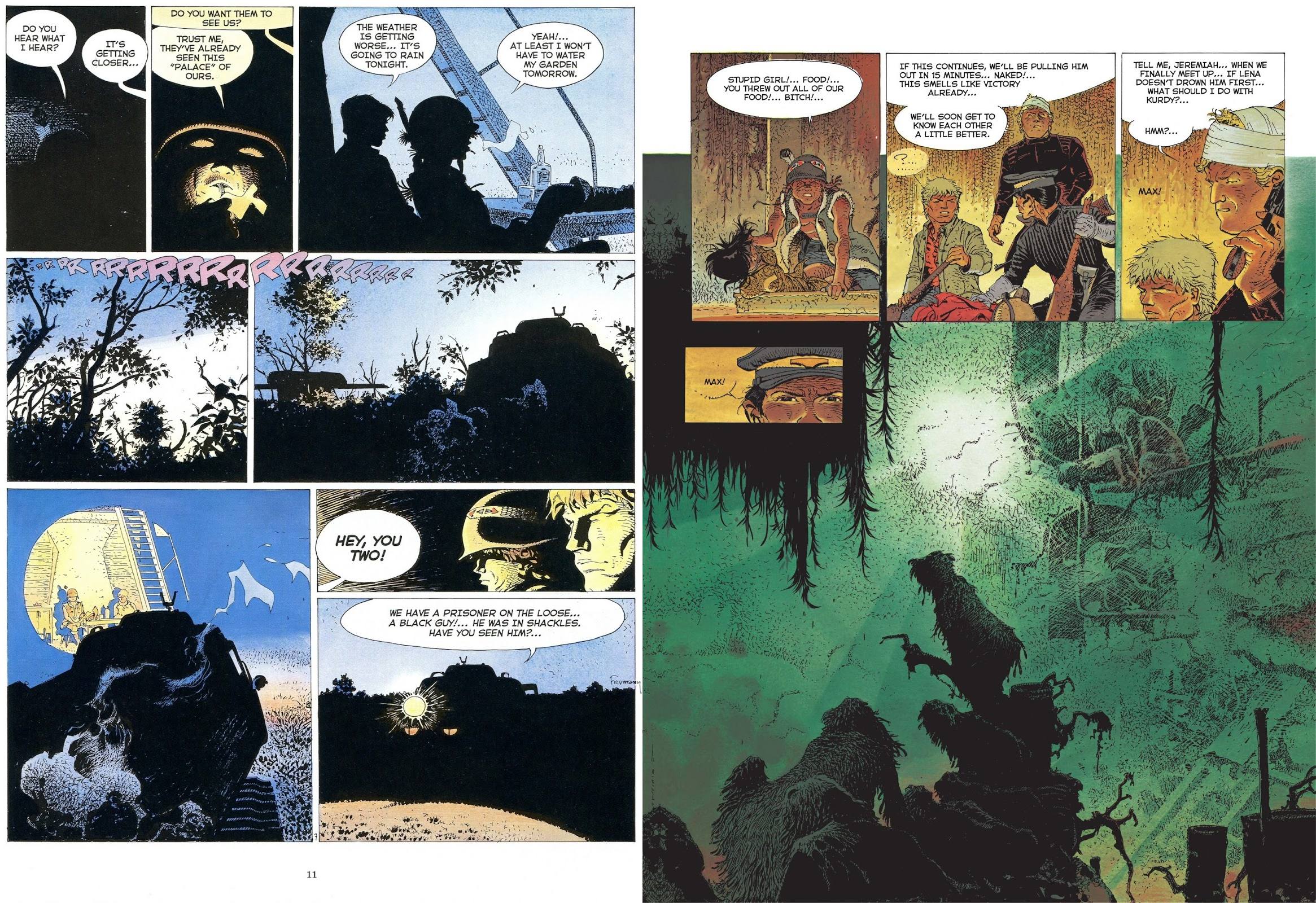 There’s some concern over the first pages of this third Jeremiah Omnibus, because that seems to be writer and artist Hermann being chased down and killed by a Cheetah. If that’s the case, who wrote and drew these three stories?

Hermann takes on racism in post-apocalyptic times in ‘Afroamerica’, first showing us a militia whose intention is to take America back for the white-skinned man. By 21st century standards it’s an unflinching look at race war, and will offend anyone unable to see past oppressive, wrong-minded people using the terminology they do in real life. The deliberately unpleasant undertone ensures an uncomfortable read with Jeremiah’s life at stake as Hermann looks at both extremists and normal people among two different communities. While certainly surly and not always principled, Kurdy is unusually selfish and callous, possibly falling victim to the translation, which as in previous volumes, is less than ideal, being frequently intrusive, too formal in places and often not capturing authentic speech patterns in English. There are several clever twists in a well-plotted story, one ramming home a message about disease more relevant in 2021 than when written.

Some characters recur in Jeremiah, and ‘Waters of Wrath’ drops one from the previous few stories, and introduces one who’ll be seen in the next few, Lena Toshida, spoilt brat daughter of an area’s richest man. It’s an unusual story in setting Jeremiah and Kurdy against each other, and not in one of those misunderstandings everyone laughs about later. It’s set in a dark swamp, said to be haunted by strange creatures, which as seen on the sample art, leads to some phenomenal illustration. F. Raymond’s colours are integral for scenes where visibility is supposed to be minimal.

‘Winter of the Clowns’ closes this three story selection, and goes to show how little Hermann can be predicted from story to story. Dark or pastel colouring has been predominant over every story to date, yet in the original album presentation Raymond’s colouring is so bright it’s almost garish. It’s been muted for this Omnibus, but is still enough to present a considerable difference from the usual look. Also different is that Kurdy is absent, although he’ll be back later in the series. Jeremiah and a new travelling companion end up in a beached ocean liner serving as a haven for people who’d otherwise be society’s outcasts given the prevailing post-apocalyptic conditions. At the very least they have a sadistic sense of humour, and given this is Jeremiah we can expect a whole lot worse.

As with the other Jeremiah Omnibuses, the print run was limited and the prices asked for copies now are high. Digital versions are easily located, though, and given these are great adventure stories they’re well worth a look. Unfortunately they only cover nine volumes of a series that’s now reached 38. Three later books are available in English, but only Strike, is easy to come by, while the hardbound Mercenaries and Gun in the Water are now expensive items.