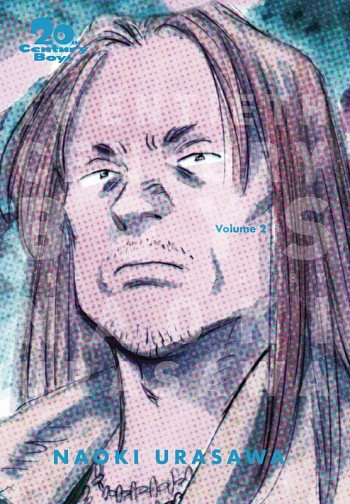 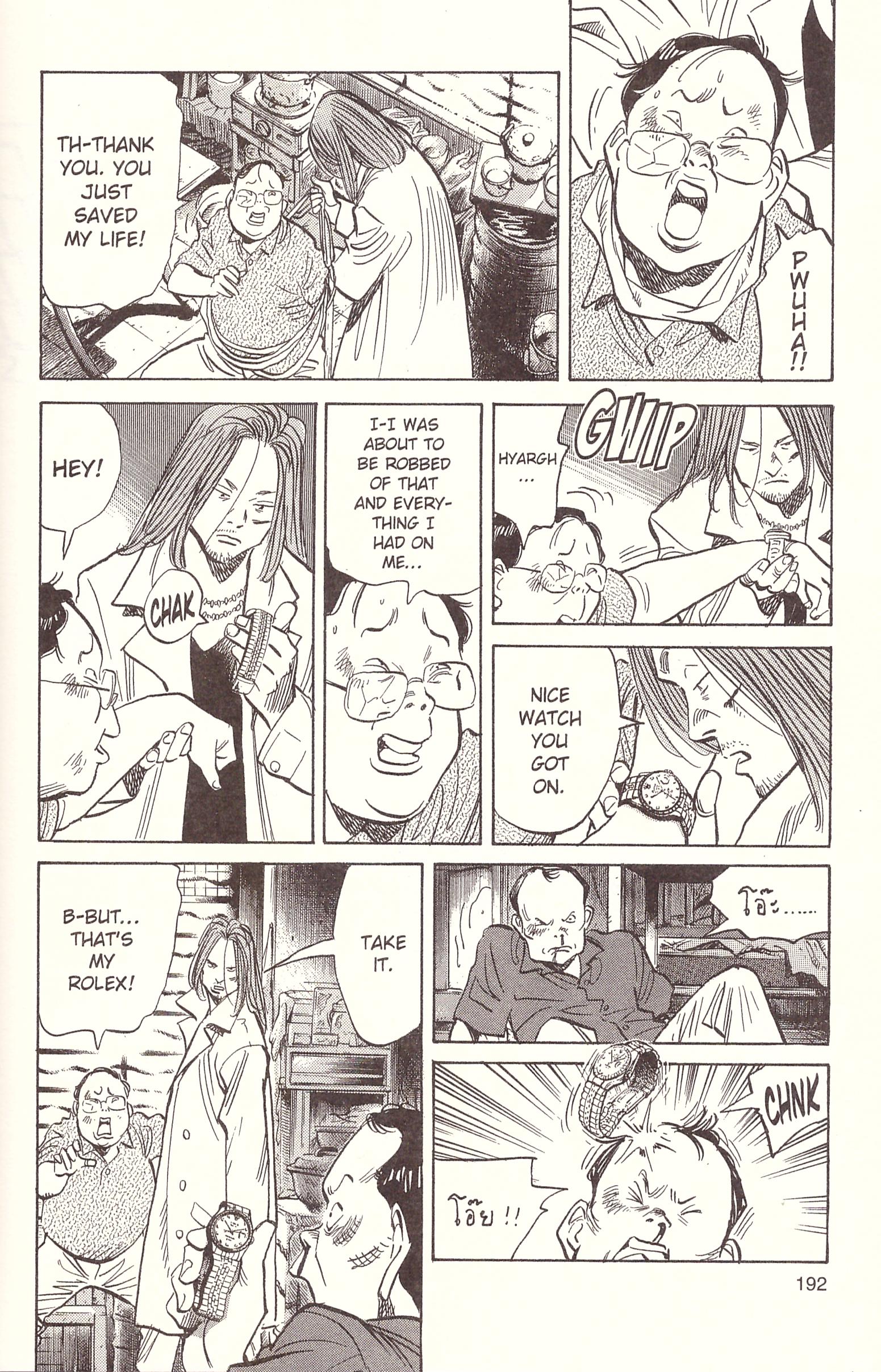 In Volume 1 Naoki Urasawa combined a nostalgic look back to the summer of 1969 with locating those children again in the 1990s, when ever more sinister circumstances are starting to affect Japan. The volume ended with the penny dropping for shopkeeper and music fanatic Kenji that the super-villain’s plan he concocted with mates during his childhood is now being acted out for real by a masked person calling himself Friend, and the ultimate aim is to take over the country. The problem is, Kenji can’t remember much about the specifics of what he and his mates cobbled together as children. As the early chapters show, going public isn’t the answer.

The peculiarly masked Friend has amassed a significant following, along with increasing public prominence, and the discovery of who they are is a long time off. In the meantime Urasawa masterfully leads readers to suspect a succession of people may be behind the mask as atrocities continue. The misdirection is one prominently applied narrative technique, and another device Urasawa uses several times during the series first occurs here, as the present day leaps from 1997 to the millennium. Urasawa is very careful about timescales and where people are at any particular time all the way through 20th Century Boys, and this first jump forward is small, but significant.

These new editions of 20th Century Boys each feature a prominent cover star, and the portrait this time is a Japanese thug named Shogun employed in Thailand. His working name is an alias, and the reveal is best read, when he turns up in the second half. He’ll become one of the most important characters, an indomitable tower of strength and someone who can’t be pushed around or intimidated, and so as an adult far more capable than Kenji and his friends.

We’re introduced to a lot more of those during a reunion, Urasawa presenting a whole selection of visually distinct people, and once again, re-reading the series with some foreknowledge of what’s to come reveals how skilful the plotting is. It pays off in Perfect Edition Volume 3. You can buy this material split into two volumes, on the cover 03 and 04, inside Hero With a Guitar and Love and Peace, but if doing that you’ll run into big problems on reaching some of the later volumes, which can’t be found at anything approaching a reasonable price.