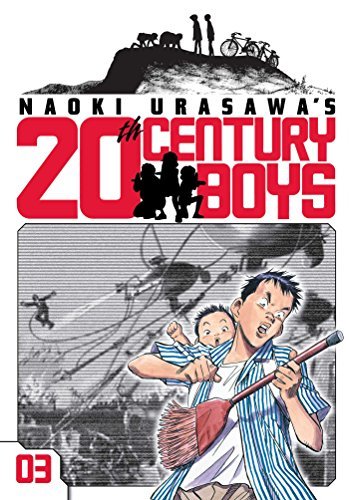 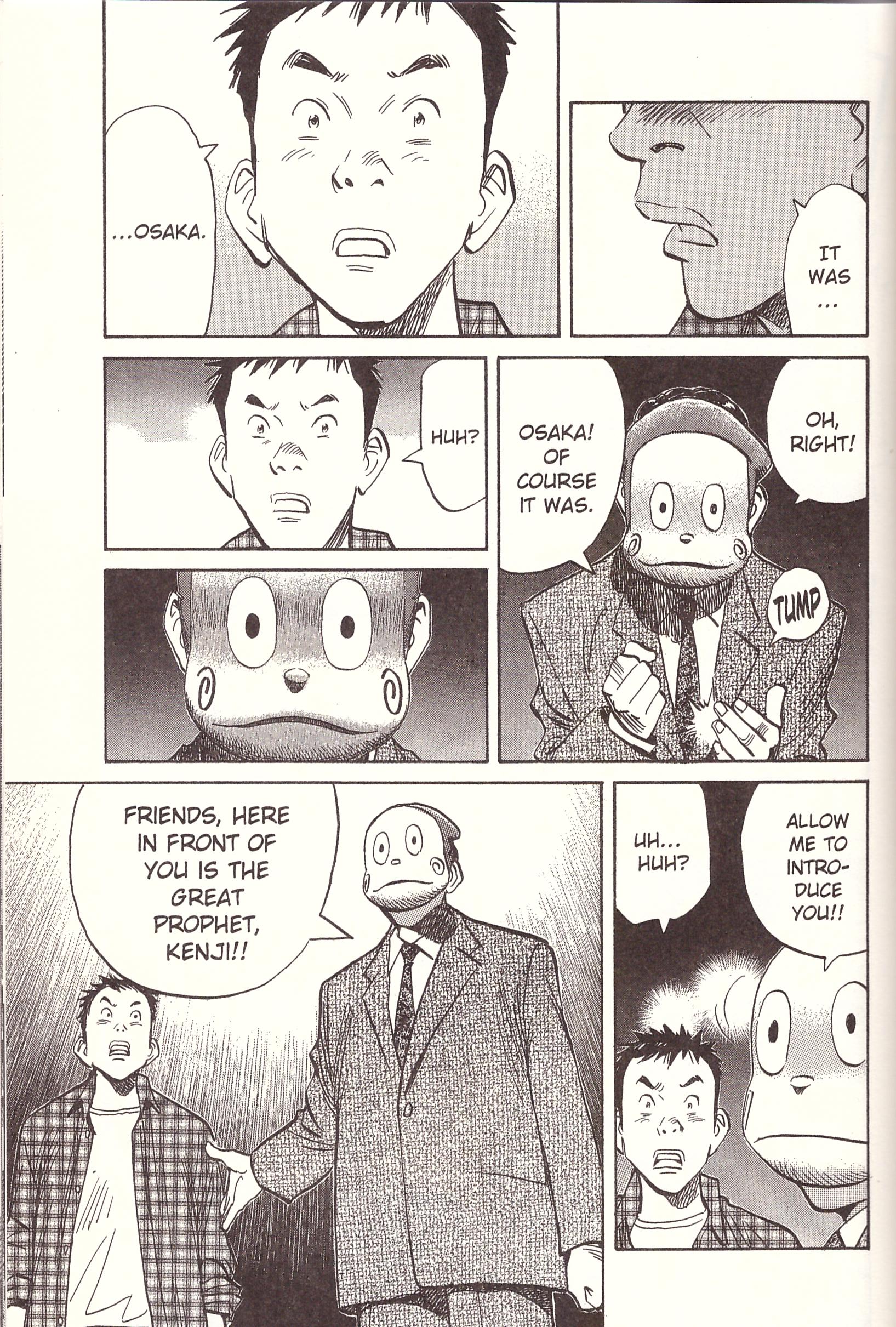 When he was growing up in the early 1970s Kenji Endo was a good natured kid with a big imagination. He and his mates had a secret club complete with an insignia, and plotted fantasies around what they were going to do, how they were going to save the world from a series of disasters. 25 years later those disasters have started happening, with disease ravaging San Francisco and London, and after the events of The Prophet, Kenji is convinced someone he once knew is behind them. He’s been told it’s down to him to save the world, and the place to start is at a large event hosted by cult leader Friend.

20th Century Boys is sustained by mystery and misdirection. Naoki Urasawa has superb technique when it comes to leading his audience to think one thing before pulling the rug away from preconceptions. He seems to confirm who it is that’s generating the deadly microbes Friend’s unleashing, and has been dropping strong hints as to who Friend might be. We actually get to meet him this time, although Urasawa is the complete tease, and that’s Friend behind the toy mask on the sample page.

Urasawa’s artistic mastery and dedication is apparent in a class reunion scene. A dozen different new characters are introduced, each of them individually designed and distinctive. Then he introduces a lot more for a crowd scene later, each of those also distinctive, yet different from the earlier people. Most Western comic artists wouldn’t put that effort in, even accounting for an artist of Urasawa’s longevity and respect working with assistants.

While the over-arching mystery of who Friend might be is constantly pushed to the forefront of our minds by Urasawa, it simultaneously stops us considering what a fantastic job he’s doing rounding Kenji’s character. He’s carried most of the narrative to date, and has been presented as an ordinary guy who’s actually not. He’s smart, has a sense of dedication and honour, has become hard-working, and is fundamentally likeable.

In the moments that Urasawa permits any time to think, it will occur that there is a level of artifice to the revelations being released in slow increments. This despite the form of credibility by virtue of a lot being dependent on Kenji’s memory of incidents from over twenty years previously. However, the originality, pace and shocks are phenomenal compensation. The difference between where Kenji is to begin Hero With a Guitar and where he ends it is vast, yet logical, and Urasawa throws in one last mystery by switching location to Bangkok for two short final chapters.

This is combined with Love and Peace in the bulkier Perfect Edition Volume 2.