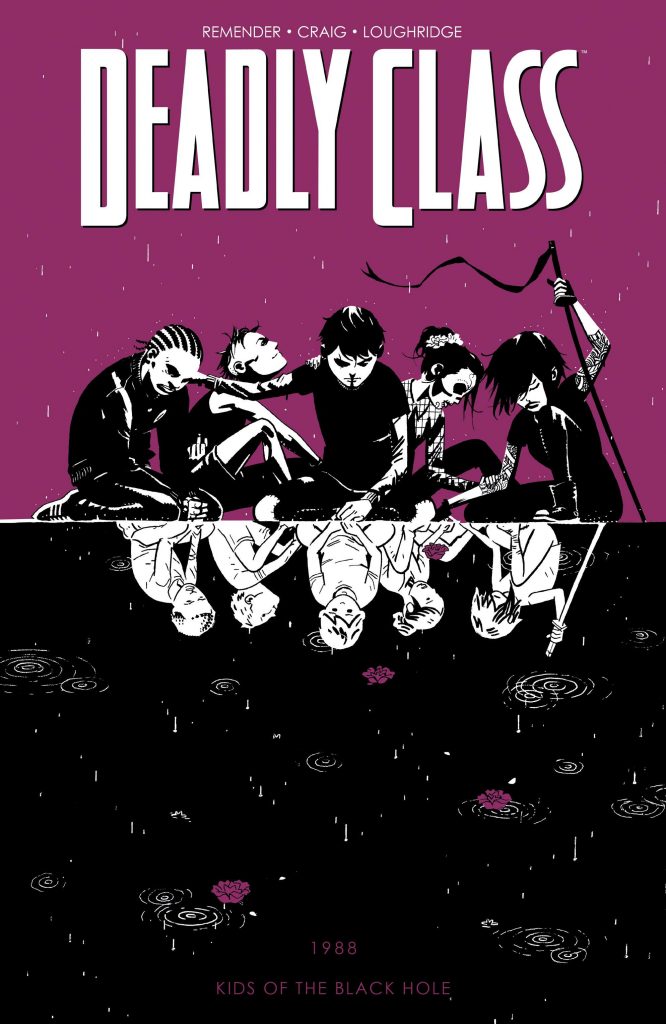 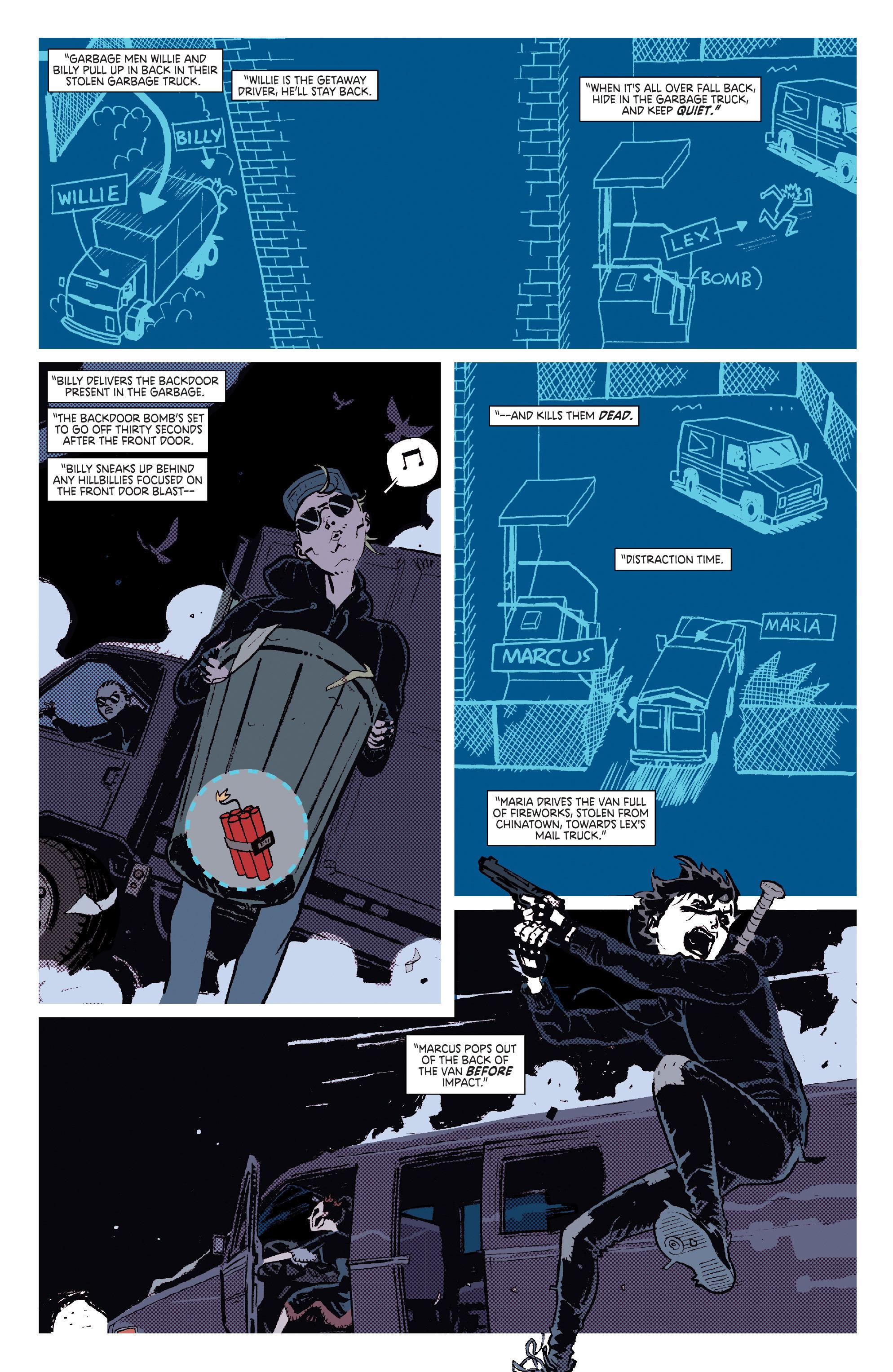 Reagan Youth introduced the idea of a high school where teenagers are trained as assassins, but that drops into background static for most of Kids of the Black Hole as the focus increasingly shifts to a core group and their personal agendas. As last time, though, Marcus is central, with his past coming home to roost.

Given the horrors of Marcus’ past life revealed in the first volume, those just hinted at there would have to ramp up both the innovation and repugnance. They score on both counts as his final days at the orphanage are disclosed early, yet Remender follows that with the even more harrowing past of another character. However, that’s not the really good writing. The really good writing is Remender making you care about Marcus getting to the comic shop in time to open it up. Elsewhere Kids of the Black Hole isn’t as good as last time round. It’s still violent, it’s still thrilling, but weaving in teenage romantic angst doesn’t give the emotional anchor intended, and instead acts as a constant distraction. It’s not as if Maria isn’t a good character. We understand her past and her present, even if the idea of depression is introduced in a glib way, but her pain never conveys convincingly. In story terms the drama is preparation for The Snake Pit, so it’s a necessary set-up, and pays off in spades there, but slows things down here.

With Remender having claimed to have hated his high school days, there’s certainly an element of wish fulfilment in the opening chapter as Marcus calls out a shallow bully in a way Remender himself was incapable of at the time. However, that scene and its repercussions feed well into the bigger plot of the scarred thug who appeared at the end of Reagan Youth. Once it kicks into action the escalating pace is admirable, and artist Wes Craig really comes into his own in perpetuating the intensity of a sequence where everyone has to act on instinct. He cuts between scenes and characters, and the bangs, flashes and surprises make for a visceral read over the final two chapters. This time round the violence is far more graphic, and on occasions such as an eyeball popping panel definitely gratuitous, which is slightly disappointing given the restraint previously applied.

Deadly Class is one of a batch of 21st century crime graphic novels very deliberately set in the past, as cellphones pose such a narrative problem for writers. Too many plot elements just wouldn’t work with the options a cellphone provides, and we all want a better story. Much of Kids of the Black Hole is excellent, but as a sustained story it doesn’t match Reagan Youth. With the story told, it might be assumed that a brief contemplation is in order before heading to The Snake Pit, but Remender supplies a brilliant punch to the gut ending, and you’re going to want to read it immediately.

If you like this enough, it’s also combined with Reagan Youth and The Snake Pit in the oversized hardcover Noise, Noise, Noise.