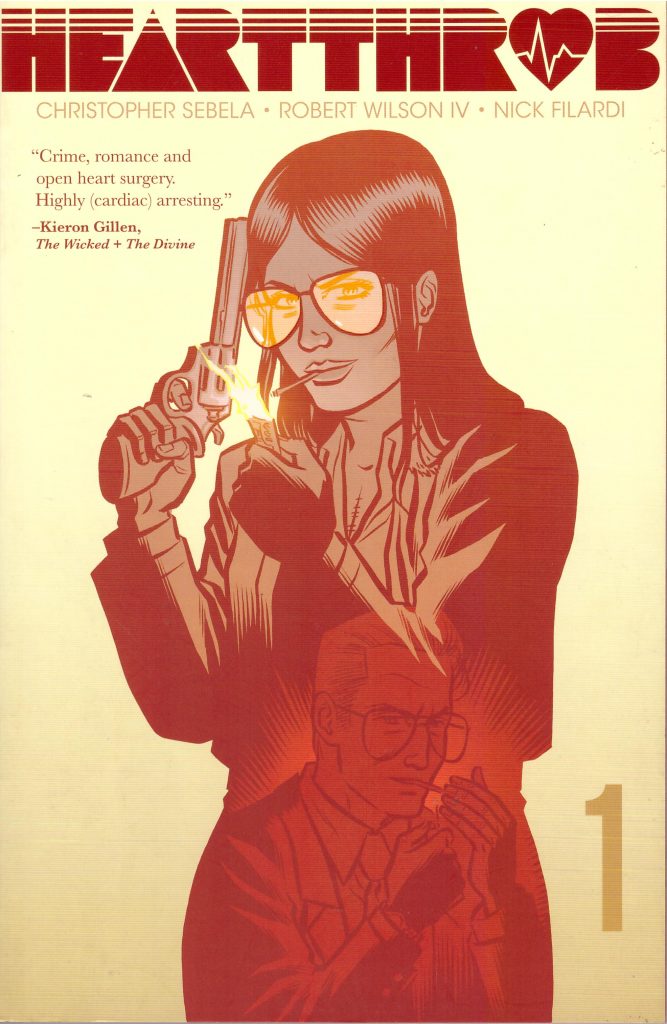 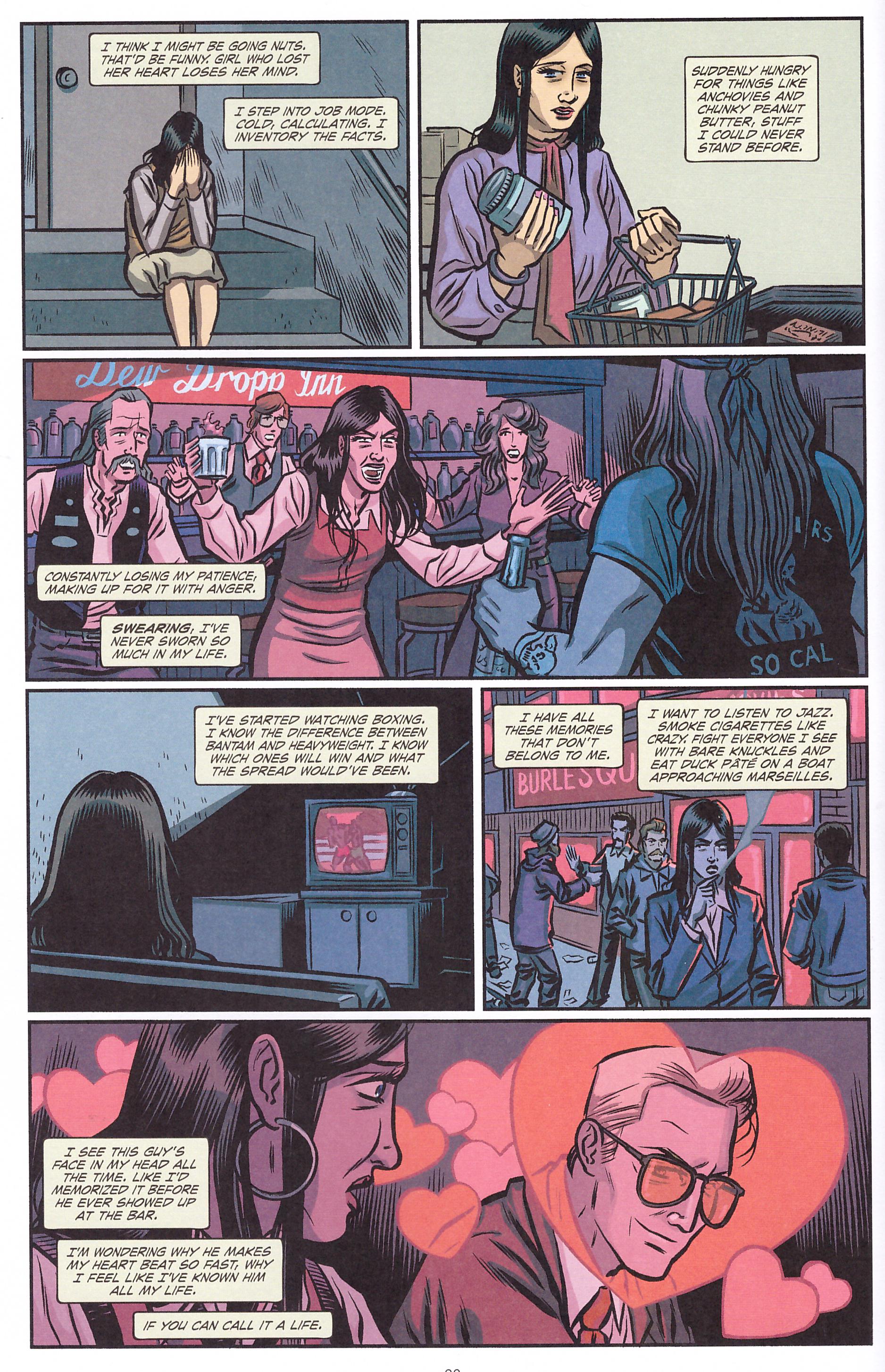 Christopher Sebela drags you right into Heartthrob from the opening page showing 28 year old Callie Boudreau having a heart transplant operation. The kicker is that this isn’t in the present day when such operations, if not routine, offer the chance of a lengthy life continuation. This is 1977 when the surgery was still being pioneered. Callie’s best prognosis is five years.

In common with the experiences of many people who’ve been through any form of transplant surgery, Callie discovers her body and attitude are slightly different. She has a greater tolerance for alcohol, likes food she previously avoided, and has a more confident and aggressive personality since her operation. She can also pick locks. And just who is that mysteriously attractive guy she keeps seeing around the place? It’s Mercer, and Mercer is the key to a lot of what Callie’s experiencing. He’s her heart donor. And they develop one strange relationship. He’s always with her, but for her alone manifests almost physically. This is the one fudged issue in an otherwise tightly plotted and character strong story that’s not afraid to be categorised as romance along with crime on the back cover.

As the story continues Callie becomes ever more daring. Possessing greater anger within her and a few grudges, she puts Mercer’s criminal skills and contacts to good use, and it’s a fascinating transformation into Bonnie Parker. Sebela throws in a few people making the rounds in in 1978, incorporating them well, and there haven’t been as many Fleetwood Mac lyrics quoted in a comic since the heyday of Doug Moench on Master of Kung-Fu.

Artist Robert Wilson IV does some things very well. His design is good, although it doesn’t always cement the series as set in 1977 and 1978, his cast can be distinguished, and he can lay out a page. However, he might be better letting someone else ink his pencils as thick black outlines give the figures a posed quality and there’s a lack of weight about them. Sometimes they seem to be floating on a background. He’s not great with likenesses either.

Sebela ends each chapter with a flash forward to Callie in serious trouble, and as the pages turn in the final chapter it seems as if this won’t be resolved. It is, unpredictably, and the story continues in Season Two.

The paperback design is also worth nothing, with the covers largely matt, but with some gloss highlights, which is an effective look and feels nice to boot. There’s an extra treat on the back cover when it’s turned at the correct angle toward the light.

Heartthrob is a fascinating page-turner because it foils any attempt to predict anything. Even Callie’s sanity or otherwise is up for grabs, and she’s smartly scripted from the start. Give it a try.