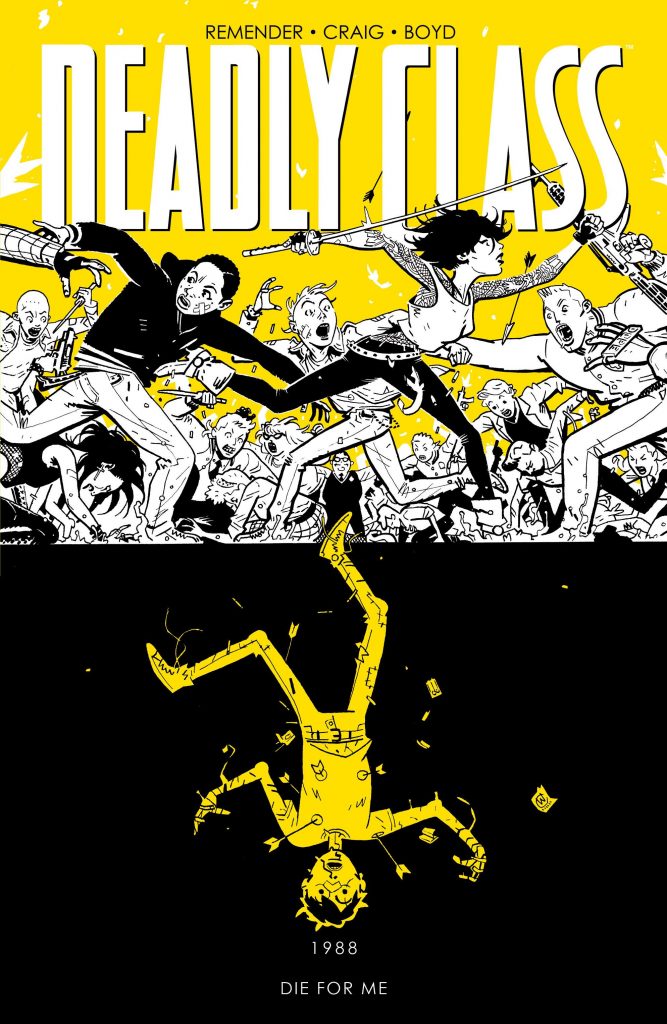 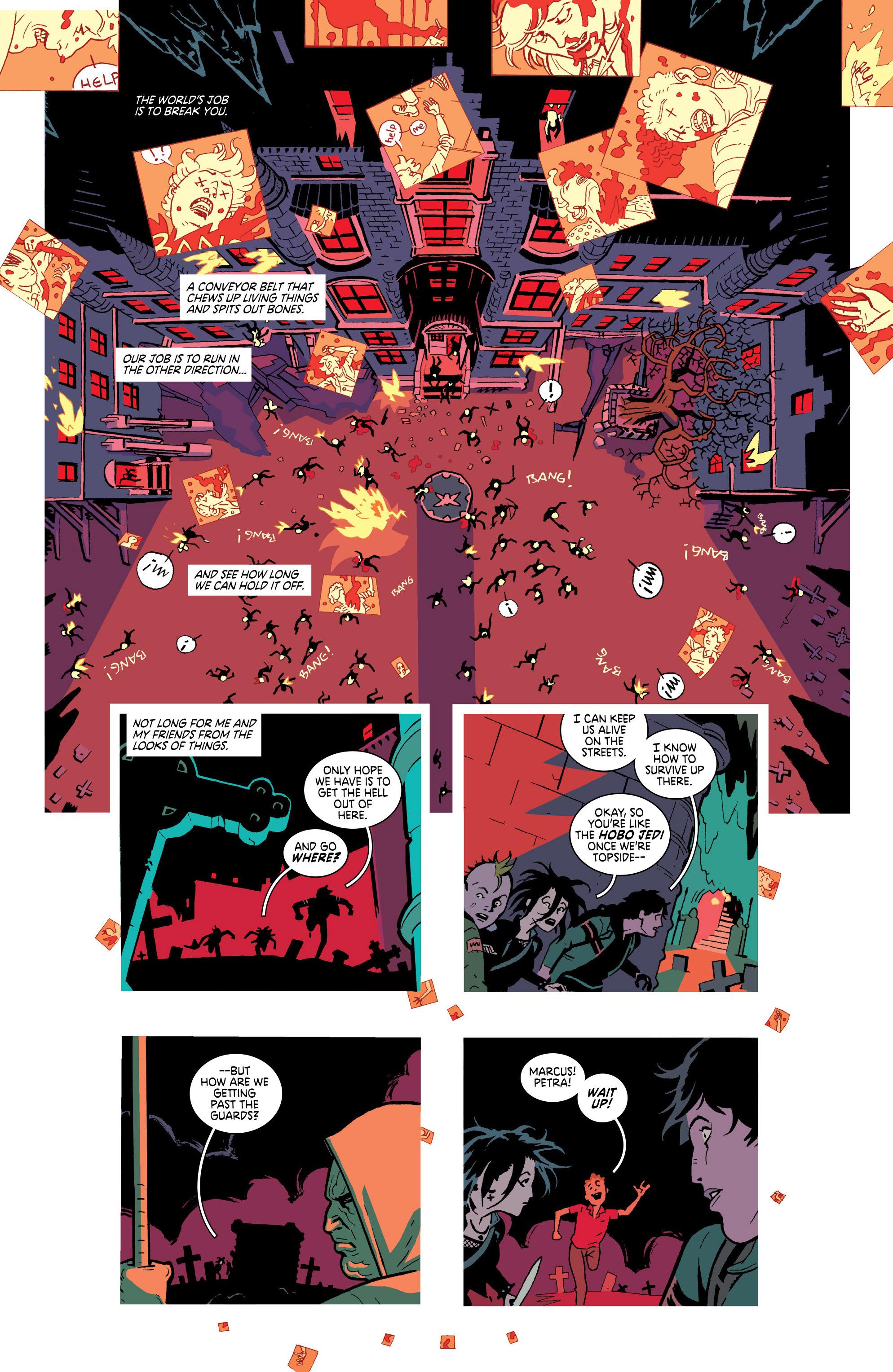 Deadly Class is a page turner at the best of times, but where Rick Remender’s really been pulling out all the stops is with the endings to each volume. Midway through The Snake Pit the question was asked why there are almost double as many freshmen in this school for assassins as there are pupils in the higher classes. It was just slipped in there, but by the final pages became very pertinent as we found out, Remender simultaneously recontextualising a brief scene from the opening volume. Don’t want to know the answer? Don’t read beyond the next paragraph.

Does the art look a little different? Yes, because Jordan Boyd is now handling the colouring. He keeps it close to Lee Loughbridge’s style over the previous three books, and it’s not worse, just different. Part of what makes Wes Craig such a fantastic artist is the ambition of his layouts. Remender keeps the scripts extremely busy, and Craig conveys this, but clarity is paramount and he never packs so much into the panels it’s difficult to figure out where the eye is supposed to go. Even more remarkable is that he does this using a lot of panels per page in this era of decompressed storytelling.

The reason that there are fewer pupils in the higher classes ties in with the reason some pupils are taken on with no-one paying their fees. At the end of freshmen year the students are set upon each other with the exhortation that no rats survive to continue their education in killing. What better way to have a practical demonstration of what’s been learned than to have a survival of the fittest contest? The horrific culling occupies most of the book and certain characters come into their own. Shabnam, for instance. He’s been there as the butt of jokes, the unpopular fat kid who couldn’t compete physically, but here we find out just what he’s been up to all year.

A few times Remender slips in something that’s just too convenient, such as a desperate kid having the school phone number memorised, but gloss over it for the bigger picture. He also slips in fantastic cameos like that of a cop exploiting his position, and another cop we met in Reagan Youth, and why he was so bad.

Inevitably if this story is going to be true to itself, by the end there are only memories of some characters we’ve been following. Unless Remender chooses to look back into their pasts, there will be no new stories about them. And do you know what? Yet again Remender comes up with a killer ending. Carousel is next. Will it be like the Rodgers and Hammerstein version? Probably not.