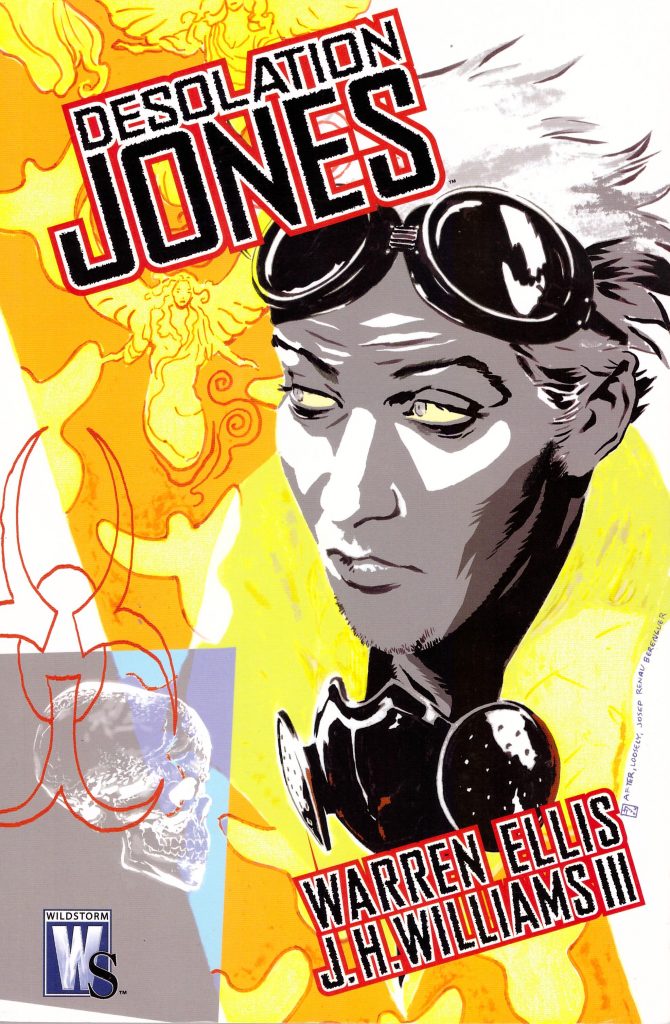 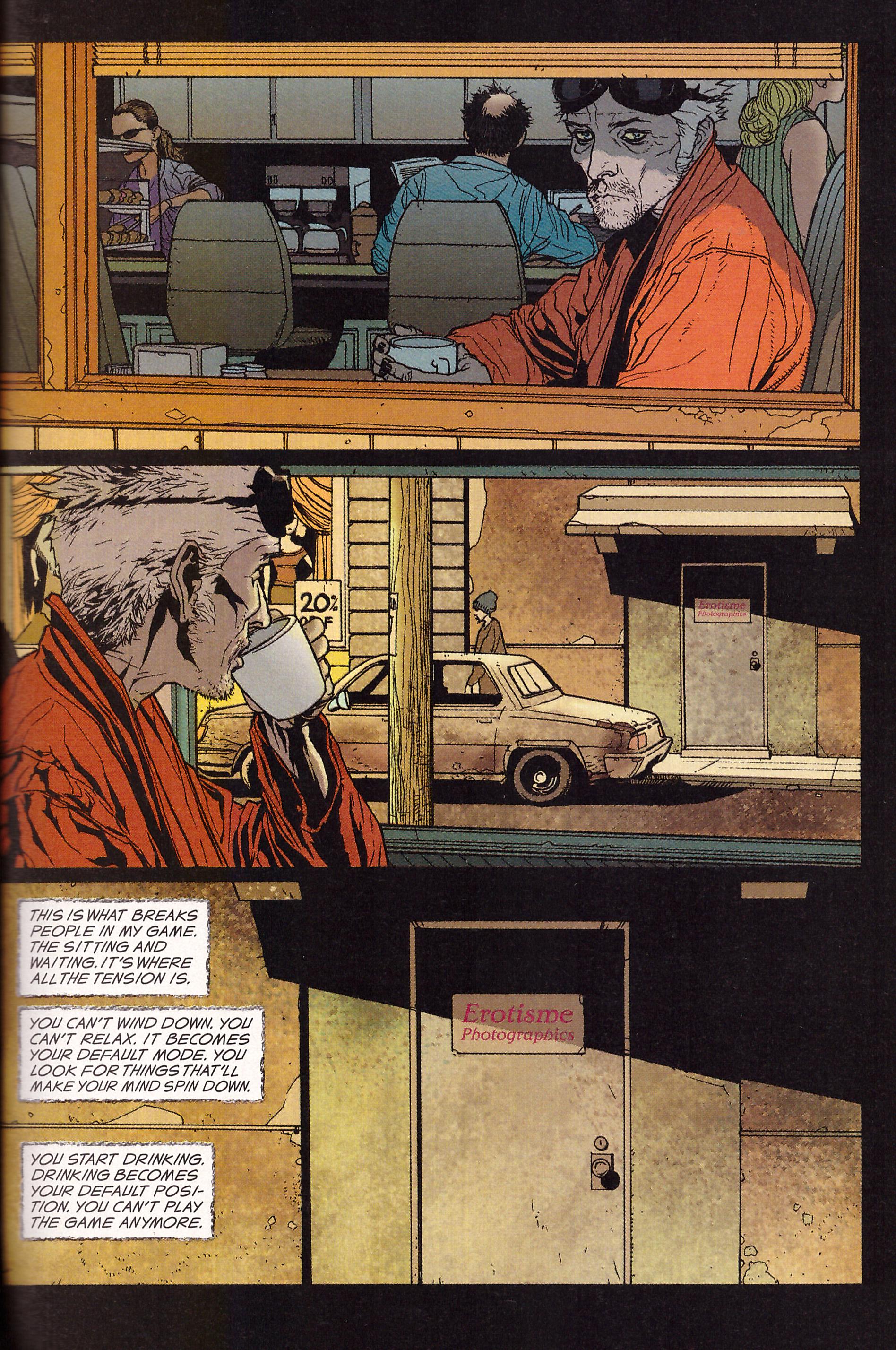 A broad similarity connects many protagonists across series written by Warren Ellis. They tend to be cynical, quick-witted and flawed specimens with a certain detachment about humanity in general, yet prone to attacks of conscience. Desolation Jones fits that profile, although being teetotal separates him from the likes of Spider Jerusalem. His given name is Michael Jones, and the title comes from his involvement in the British government Desolation experiment. This has taken its toll on him. He can’t sleep for more than an hour in the usual course of events, and has an aversion to daylight, but these aren’t crucial, just among several clever background elements building the overall richness of the story.

Another is exiled British spies being relocated to Los Angeles and not permitted to leave. Quite the colony has grown, under the supervision of the American authorities, Jones among them. Not being able to sleep much isn’t the only encumbrance he’s working with, but his career as an agent means he’s not lacking resources, and he earns a living via jobs put his way by other former agents, many of them also the victims of experimentation. Made in England concerns an assignment to recover Hitler’s extremely rare homemade sex movies.

Anyone looking for the decorative flourished J. H. Williams III applied to his artwork on other projects won’t find them here. Made in England is a short, sharp shock and Williams’ art is appropriately designed. He switches to black, white and red for the most violent moments, a stylistic device intended to reflect Jones’ shifting perceptions of reality, but the anomalous nature draws attention instead of smoothing the story’s passage. It does give Williams the opportunity to work in some heavy monochrome in the manner of Eduardo Risso, or Frank Miller, and he’s also been looking at Denys Cowan’s work. The art is all good, but a visually inconsistent experimental patchwork as Williams switches from one style to another.

Given that Jones is a variant of characters Ellis has toyed with for years, it’s the plot that’s key, and it squirms around delightfully. Ellis foreshadows well, and conceals well, and if some elements are predictable, others surprise as intended, ensuring Made in England is a prime piece of reading for anyone who enjoys their detectives harder than hard boiled. Desolation Jones was planned as a continuing series, and two further comics were published, but the story was left hanging, and since there’s been no sign of a conclusion since 2007 it’s safe to assume the project’s dead in the water. That’s no great loss. It doesn’t seem as if Ellis has much more to say about Jones, and any plots he might have slotted into can be played out through others.