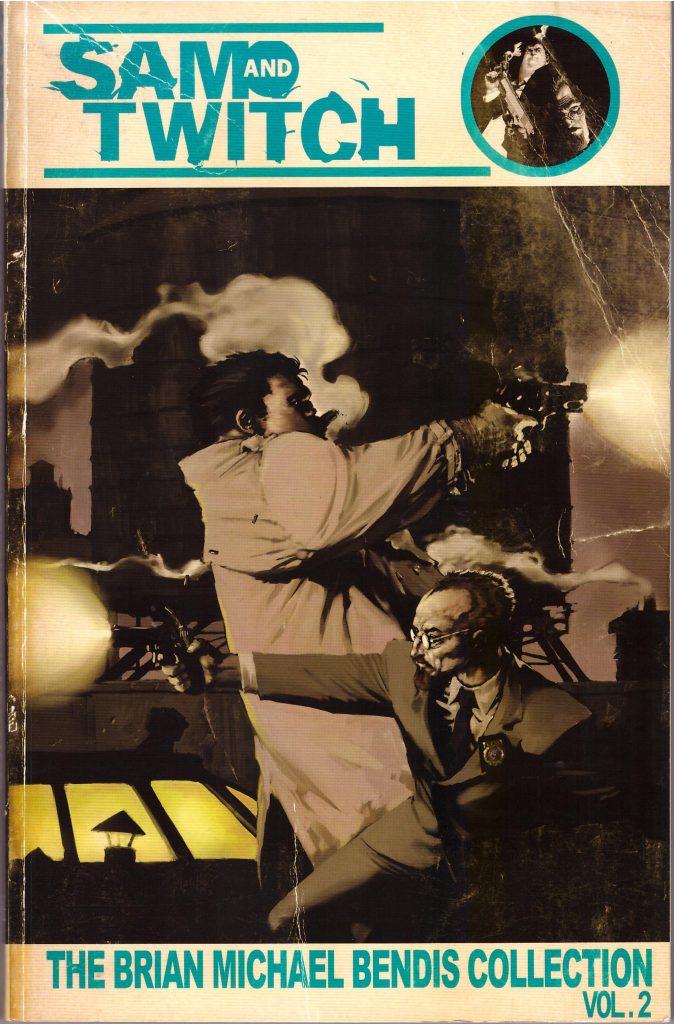 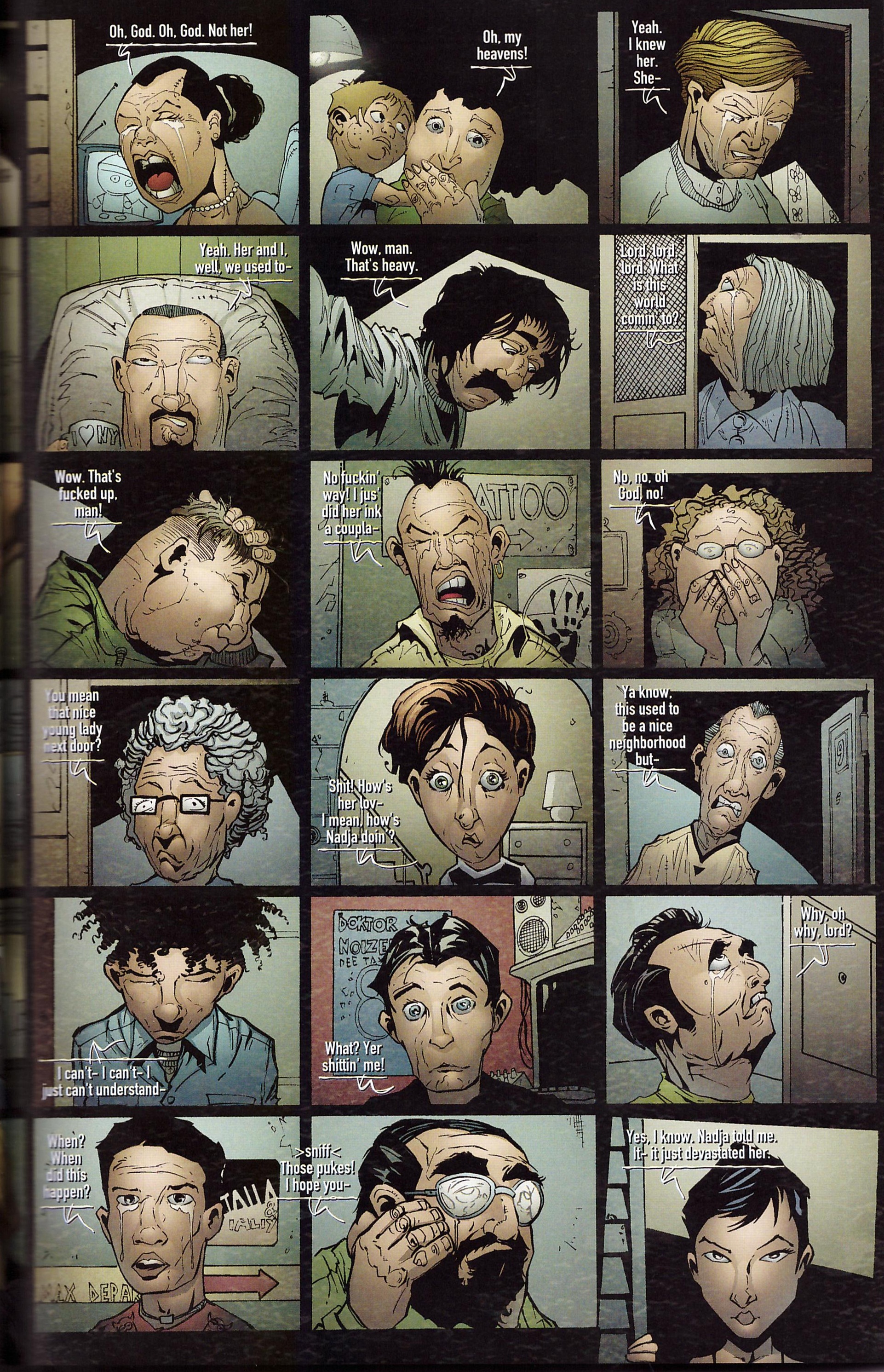 There was a time when every monthly serialised comic wasn’t automatically gathered into some form of graphic novel. Most of the material found in the first Sam and Twitch collection had been issued in 1999, but it was a long wait until the 2007 printing of this book completed Brian Michael Bendis’ work on the New York homicide detectives.

This may be early in Bendis’ career, but beyond a strong facility with dialogue he’s already developed several other signature writing characteristics, attention grabbing tricks that would serve him well. One is represented on Alberto Ponticelli’s sample art, of numerous people responding to a question until the one answer of value manifests. We also have cross-cutting conversations with participants talking over and interrupting each other, and anecdotes and factoids as conversation, intriguing in their own right. These are as effective in Sam and Twitch as they would be on The Avengers.

Two plots predominate, punctuated by an inventive stylistic exercise in which Sam and Twitch get an answer to one question, but not to the larger business, after which a second story has two guys shooting the breeze and provides readers with the second answer. It nicely illustrated by Clayton Crain, but he’s the least of the three artists here.

Ponticelli is superb on the opening tale, characterising Sam and Twitch stylishly and distinctively, producing some memorable spreads and equally at home with the multiple small panels required to present Bendis’ dialogue for maximum effect. Alex Maleev, later to collaborate with Bendis on Daredevil, here uses a completely different style, although there are still static and photoshopped moments.

It’s on a story of a war between bounty hunters in New York, in which Bendis bids a fond farewell to Jinx Almeida, seen in his even earlier Jinx. This is a far stronger story than that dealing with Wiccan style witchcraft beforehand as there’s a far deeper personal emotional connection, although Bendis’ homages to European graphic novel creators by naming characters after them becomes distracting. It’s the only negative point about a brilliantly plotted tale in which he’s almost showing off, such is the twisted skill of how everything plays out. It’s a movie on paper, with deceit, manipulation and pettiness costing many lives, and the best story Bendis wrote for Sam and Twitch.

This collection noticeably downplays the supernatural elements inherited from Sam and Twitch making their first appearance in Spawn, and it’s the better for that. Having started his career with a succession of crime comics, Bendis’ next step was successfully merging those sensibilities with the grit of Daredevil’s superheroics.