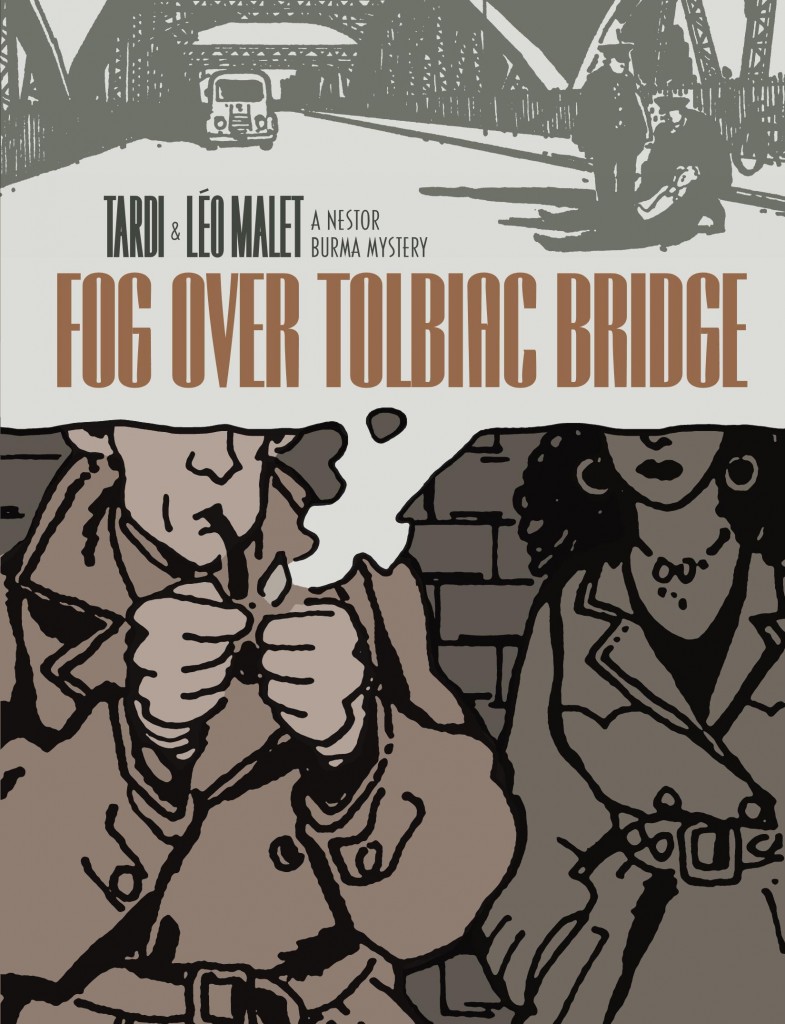 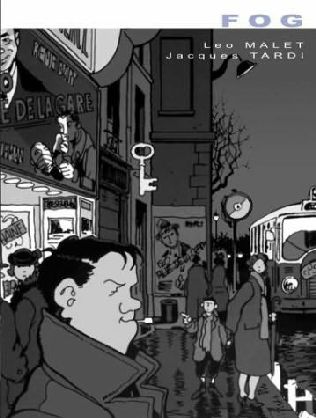 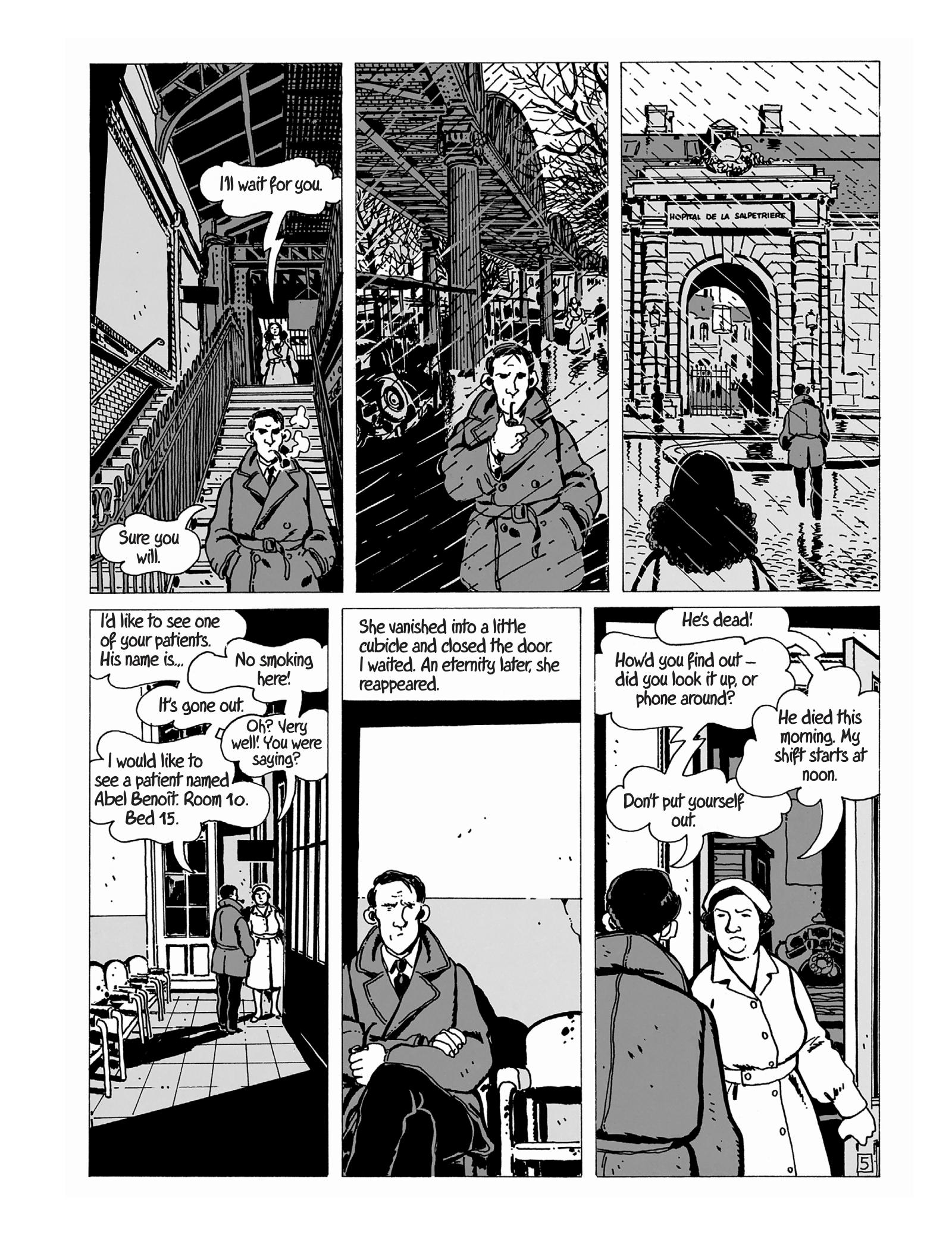 French mystery writer Léo Malet went on record to say how pleased he was with Jacques Tardi’s adaptations of his Nestor Burma stories, and an afterword written in 1982 emphasises his respect, considering Tardi equivalent to a film director. That Tardi produced five Nestor Burma adaptations over a twenty year period speaks of a reciprocated admiration, and Fog Over the Tolbiac Bridge was the first, issued as a graphic novel in 1982. By then the original novel was already vintage, and Tardi duly treats it such, meticulously recreating the world of 1956 via architecture, clothing and vehicles.

Burma’s is an atmospheric rain-drenched Paris of universal smokers and corrupt police, who feature heavily in the stories as adversaries and obstacles to his solving a case. Burma is definitely in the tradition of the hard-boiled, tough as nails private investigator, but a sense of humour not restricted to the bleak spectrum gives him a more rounded personality. When he discovers a note from an unknown person claiming to be an old friend now hospitalised, Burma pays a visit, trailed by a gypsy woman, only to discover the friend is already dead when Burma arrives. Instead there’s a senior policeman wanting information about anarchist activities from the past. Burma and Lenentais had long lost touch, but the note mentioning a scumbag planning something dirty intrigues Burma. As he begins turning over stones he discovers almost nothing, but makes several new enemies in the process, and one new friend, the girl his mate saved from a restrictive gypsy community.

This isn’t an elegant story, and that’s down to Malet’s plot, which relies too much on random coincidence before almost everything is laid out in a single discovery. The finer touches, such as how a dead policeman eventually solves his case, don’t quite make up for the convenient ones.

Don’t let that put you off, however, as mysteries are all in the telling and the wonder lies in the interpretation. Tardi’s visual characterisation is subtle and fantastic, at first seeming beyond the simple cartooning he employs. Look carefully, however, and it’s there. An obvious example is when the narrative caption calls for a man pacing by the Tolbiac Bridge with madness in his eyes, and Tardi’s depiction is only a smudge or two away from The Scream. It’s a brilliantly evocative panel, and characteristic of the care Tardi takes over his visual characterisation. Burma is deliberately portrayed as a scowling brute for most of the time, but occasionally the professional mask slips, and those with whom he eventually associates are easily distinguished.

The most distinctive characterisation is reserved for Paris’ XIIIth arrondissement, now much changed from the restored 1950s Tardi lovingly depicts, but still considered among the poorer city residential districts. During Fog Over Tolbiac Bridge the rain is almost perpetual, yet entirely atmospheric, serving no other purpose in the plot. We can be thankful for the opportunity it provided Tardi.

Fantagraphics have been issuing Tardi’s back catalogue in English for a few years, all to a uniform design, but despite having the same jacketless hardcover format, this cover design is different, using a larger illustration and embossed metallic highlights. Cutting off the faces of the lead characters is an odd choice, and hardly presents the real strengths of the book. A different translation for iBooks in 2005, the title contracted to Fog, is inferior in every respect bar the cover more faithfully representing the interior.