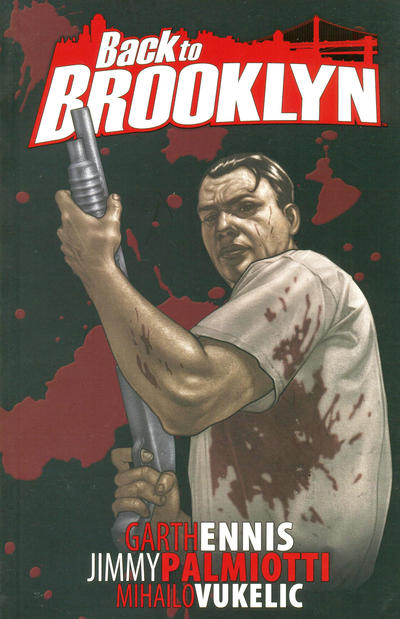 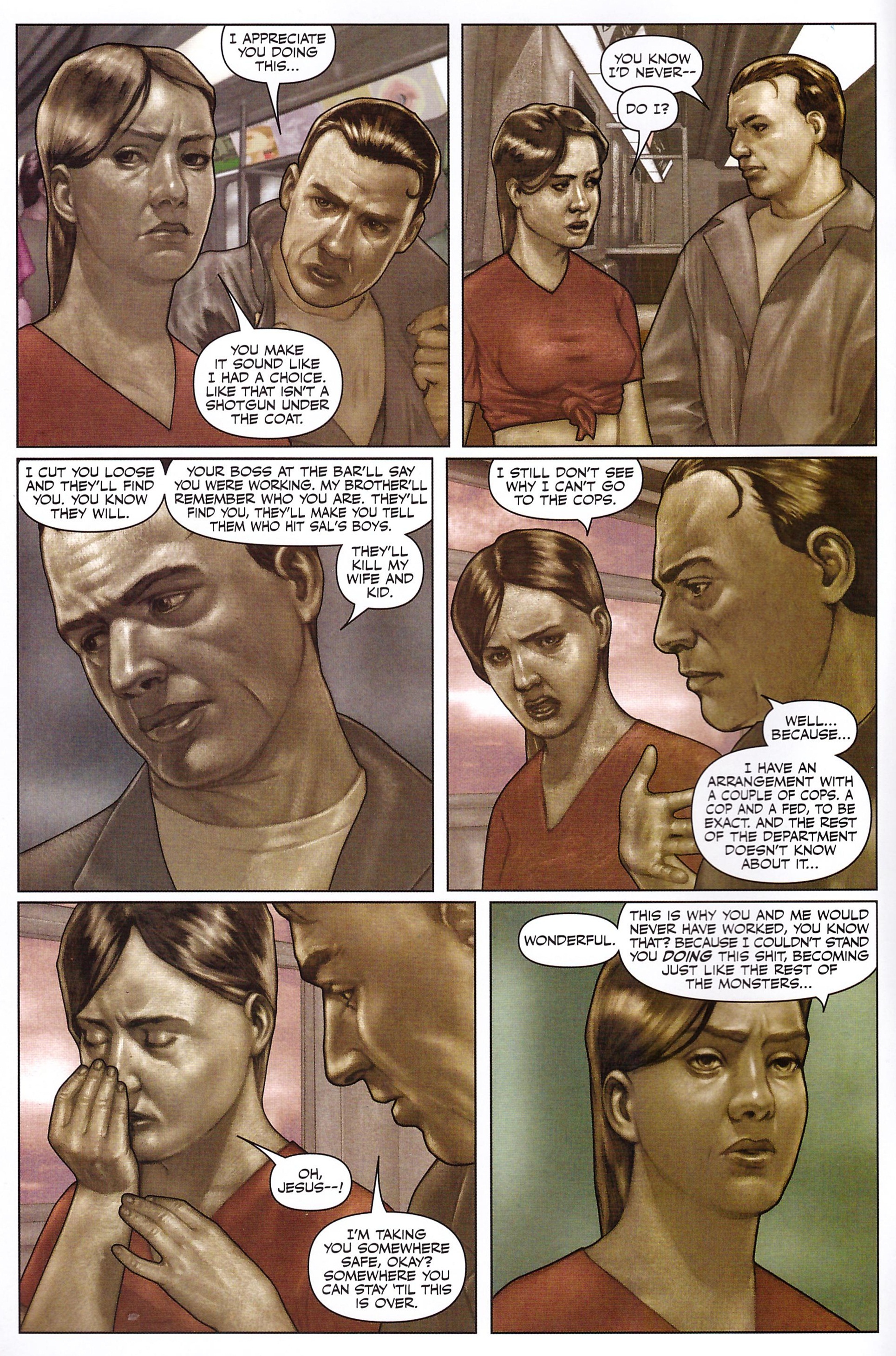 You don’t leave an organised crime family, so when high ranking gangster Bob Saetta walks into a Brooklyn police station his colleagues are a step ahead. A connected incident leaves half a dozen police dead and Bob’s wife and son in the care of his brother. Bob knows his brother and he knows Brooklyn, so his solution is to ask for a weekend to ensure the safety of his family, after which he’ll return to police custody.

Garth Ennis and Jimmy Palmiotti co-plot this crime thriller, and  know how to set a hook. Back to Brooklyn was produced when The Sopranos was a hit TV show, and the authentic flavour of that seeps through here with scenes of gangsters shooting the breeze in the back of an Italian restaurant, the casual obscene discussion that can switch in an instant to methods of murder. Without suggesting Palmiotti ran in those circles, he enthusiastically regales his Brooklyn background and spins anecdotes in the extra features, yet it’s the Northern Irish half of the partnership supplying the convincing dialogue. Avoiding Bob being the single narrative voice is a good choice.

Mihailo Vukelic’s pages are a mixed blessing. The quality of the layouts offers no clue that Back to Brooklyn was his first professional work. Giving more of a clue is the stiffness to his people, and that they’re so often slightly out of proportion. They’re well characterised by expression and posture, but all too much is awkwardly posed. Colouring everything in shades of brown hardly gives the story an attractive gloss either, yet the way he uses colouring to reflect skin tones is very good indeed.

As Bob goes about his business the spotlight switches to his brother and assorted henchmen, seemingly holding all the cards, yet with an uncertainty about them as they know Bob’s both smart and resourceful. We also look back in on the law enforcement officials who agreed to Bob’s deal, and who’re having reason to regret this. A further good element is the question there from the first page that Ennis and Palmiotti completely make you forget about until the midway point, distracting with compelling scenes of Bob working his way through the organisation he once played a senior role in running. Making him a sympathetic character under those circumstances is some sleight of hand. There are predictable elements, but that’s just the writers toying with genre standbys, and a compensation is the smart dialogue. At times, such as a discussion about genetic background, you can almost hear the writers bantering in a bar.

At the halfway point the big secret is revealed. It’s about the right place to solidify the plot, and from then the action and tension ramps ever upwards. Ennis and Palmiotti have one last good character to introduce, a variation of someone Ennis used to good effect in his comedy Punisher series, but here given an even more unpleasant makeover. In the bigger scheme it’s only a cameo appearance, but a memorable one.

Back to Brooklyn sustains the suspense until the end, where the writers drop one more bombshell. It’s all very cinematic, both in the pacing and the plotting, and were the art a little more considered Back to Brooklyn would be up there with the best crime graphic novels of the 21st century.