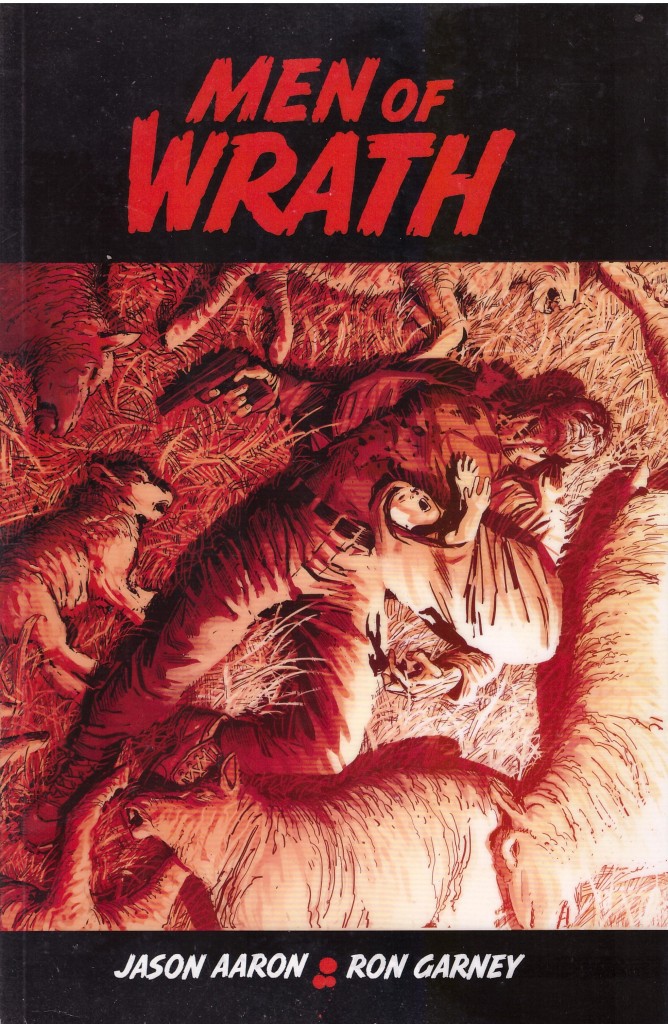 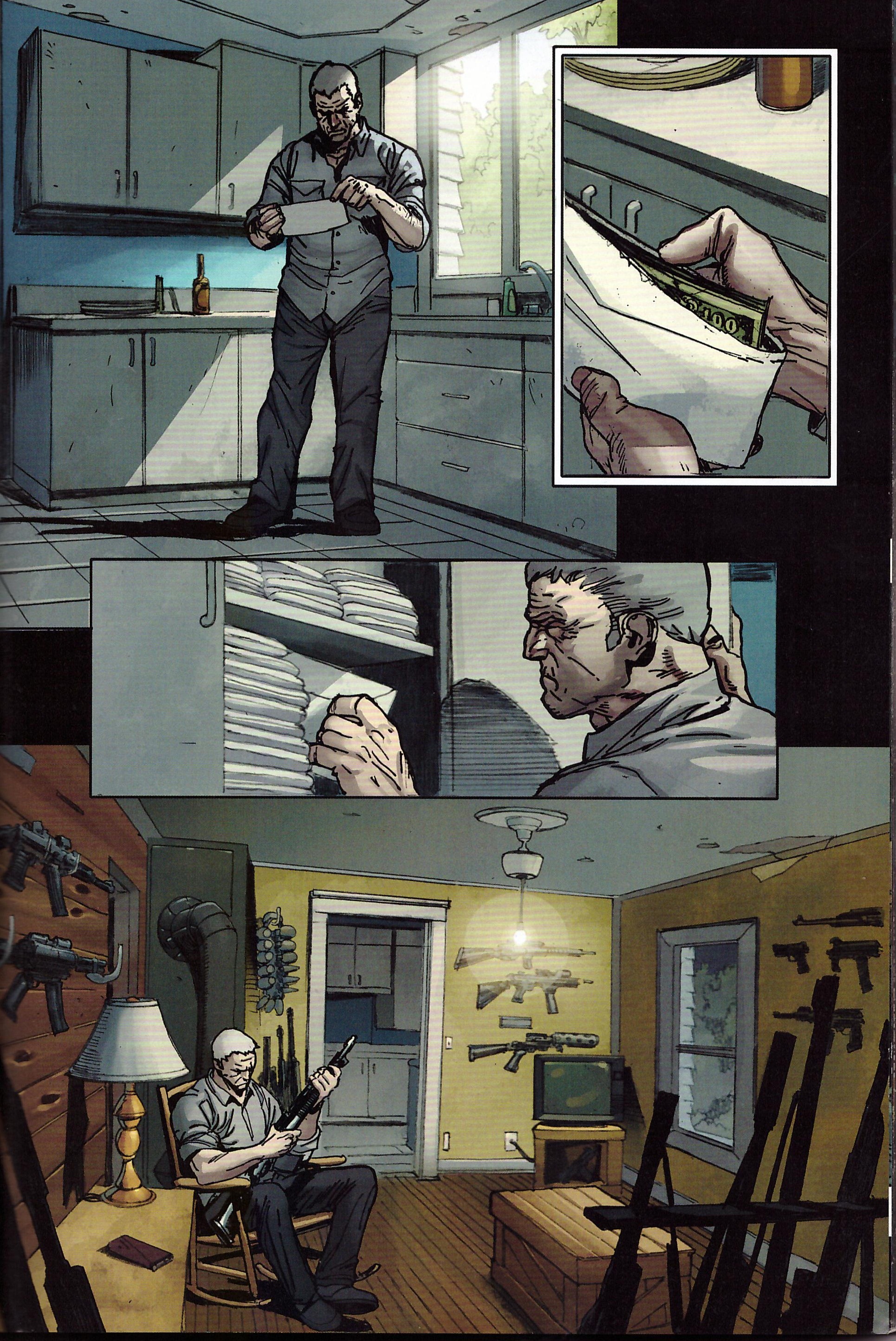 This excellent crime graphic novel has a great tagline on the back cover: “It started with some sheep. It ended with everyone dead.” How can any fan of action thrillers not fail to be seduced by that?

The sheep incident that sparks everything is set in 1903, but it’s the present day Rath family that concerns us, as we see Ira Rath at work, following which he’s diagnosed with cancer. He’s a bitter, cruel and vengeful man who looks to be in his fifties, still occupying the family land, his home little more than a shack. We also meet Ruben in the first chapter, a younger man with a pregnant girlfriend, impulsive and incompetent, and unable to pay his bills. It leads to some very wrong choices and a whole lot of trouble. This brings us back to Ira.

Jason Aaron weaves stories from is own ancestry into a drama investigating a family curse that’s spanned generations, setting it in the Southern states, evoking the territory that Justified covered so magnificently on TV. Each chapter begins by moving the history of the Rath family forward a generation as it propels us to a nailbiting final chapter that appears to have only the single, inevitable and bloody conclusion. Except that’s not the plot we get. There’s a twist to the script.

It’s Ira who’s the pulse of Men of Wrath, who brings a simple story to life, and Aaron achieves this via the intimidating and silent archetype. Clint Eastwood in his westerns and police dramas is the template, but Aaron sets the suspense by displaying early that Ira is capable of acts that would repulse most of us. He’s a man who stands tall when confronted – “You got a point to make here Sheriff, maybe you oughtta go on and make it” – and never walks away. Yet despite creating an absolute monster Aaron’s clever dramatic pacing ensures a shred of audience sympathy remains.

Ron Garney’s an equal partner in crime. There’s no flash about his style, but his storytelling is first rate. There’s not a single awkward panel where you have to figure out what’s happening, and he imbues the cast with a life he illustrates all over their faces. Even the relatively youthful Ruben bears witness to his past. Aaron and Garney collaborated on Wolverine, and there’s a nice illustrative tip of the hat to this.

There’s a relentless energy to the evil mythical tale Aaron and Garney spin, and during its bloody course several questions can be pondered. Is evil in the blood or is it forged by experience? Is payback ever righteous? Can what’s predestined ever be circumvented? Most importantly, though, if Aaron and Garney ever cross your path, keep your eyes to the floor and hope they don’t notice you.