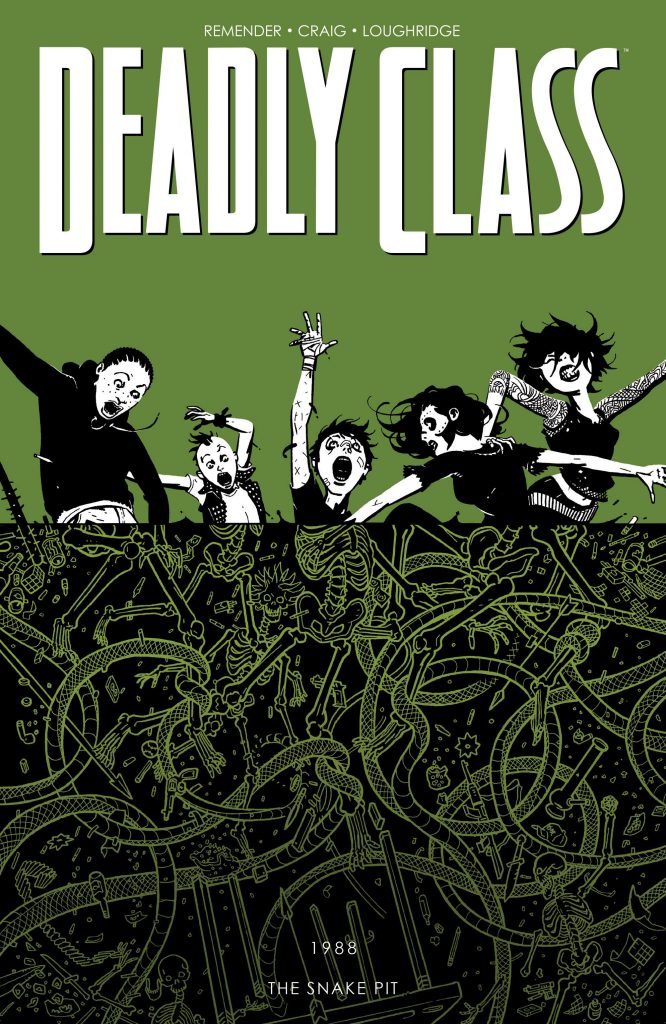 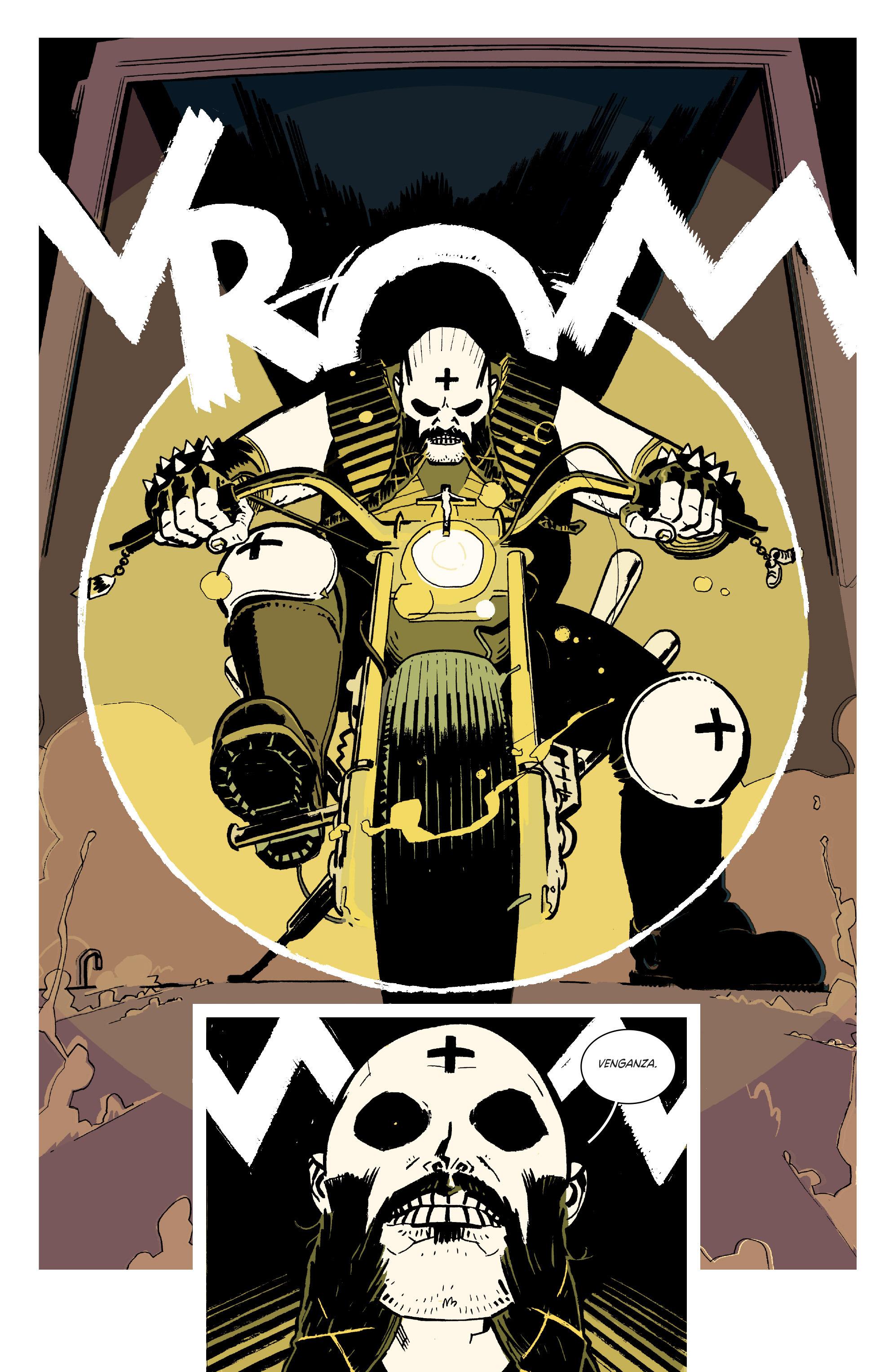 May we draw your attention to Wes Craig’s clever covers to the Deadly Class graphic novels? The design is uniform, with the covers always a single colour, and split exactly into a top half featuring the logo and the cast, and either their dark reflections or their skeletal opposites below, encased in black. In this case it’s the cast being reduced to skeletons as they’re dragged down by the snakes of the title. Not quite as important, but also nice, is that the colour extends as a theme to the introduction pages and the back cover.

Rick Remender came up with one hell of an ending to Kids of the Black Hole, and he plays fair by picking up immediately rather than artificially prolonging the tension via a flashback chapter as some other writers do. The pace is breakneck, and the art is stunning, Craig often resorting to silhouettes, leaving colourist Lee Loughridge to fill in around them, which he does beautifully with a very limited selection of colours. The second chapter is just good, with Remender pulling the curtain back to show how he deceived in what went before, and ending it with a stunner of a mic drop that’s a real twist of the knife.

After the emotional intensity and the action pace of those opening chapters Remender doesn’t step back and take stock, but piles straight into the complete downward spiral for Marcus. The Snake Pit is aptly titled, and not a graphic novel to read if you’re down. Actually, maybe it is, because when you’re down you’re always told there’s someone who’s way worse off than you are, and that’s Marcus. Every time you think his life can’t collapse any further Remender ensures that it does.

The Kids of the Black Hole was good, very good in places, but exemplified the sophomore slump. The Snake Pit fulfils the promise of Reagan Youth in a gut-wrenching way, and there’s another fantastic ending. Die For Me is next. All three of those collections are combined in the first Deadly Class hardback Noise, Noise, Noise.