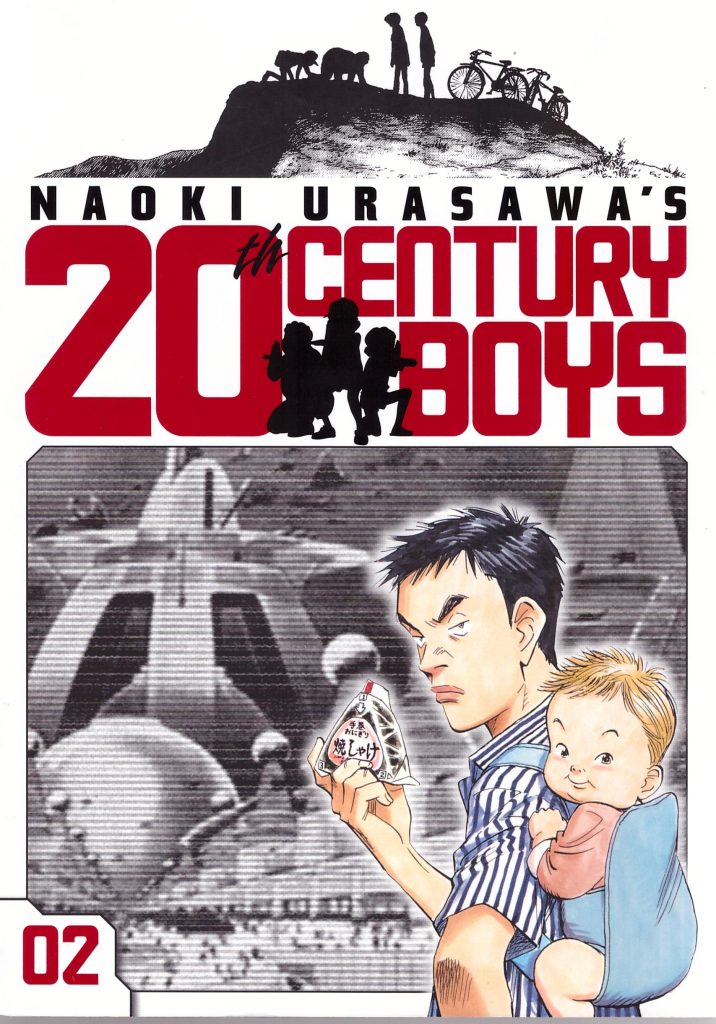 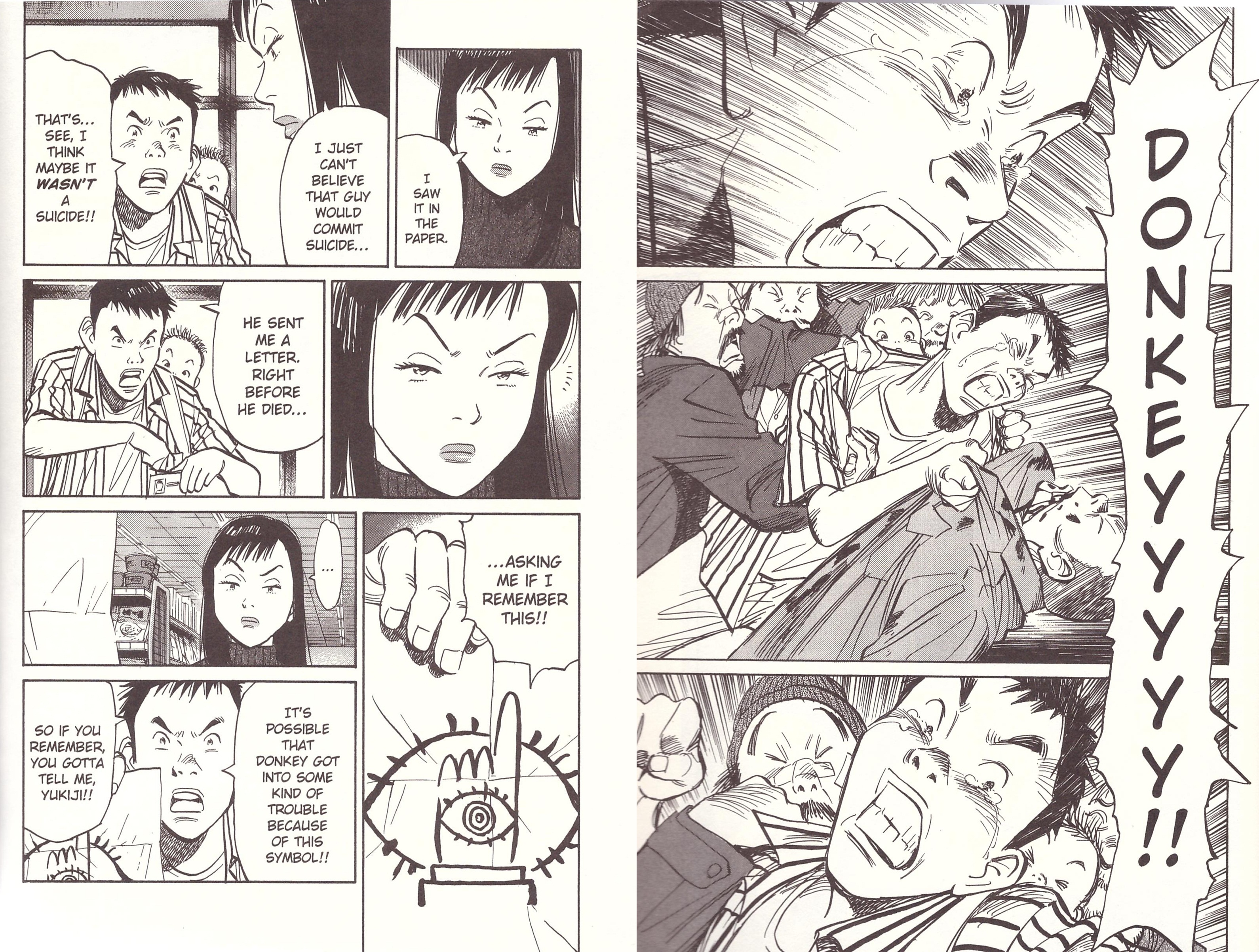 Some of the best received Manga translations have been sustained over a surprising number of volumes by mystery. How (Death Note)? Why (Old Boy)? Who (Doubt)? It’s who, at least to begin with, sustaining 20th Century Boys, the mystery being which of a bunch of kids growing up in the same area in the late 1960s and early 1970s now threatens the entire planet. That might suggest an action thriller, but beyond beginning with the announcement that humanity’s survival is down to a bunch of ordinary Japanese men. The opening volume was primarily set in an everyday 1990s as we were introduced to some cast members and looked into their youth. Settle down for the long run as there are another twenty volumes still to follow.

The protagonist is Kenji Endo, who runs a franchised convenience store on a shoestring while also looking after his elderly mother and his sister’s abandoned baby. A secret sign he and a bunch of friends briefly used as young teenagers has begun appearing tagged in places where people have died or disappeared. A cult leader calling himself Friend is also using the sign, and there are growing concerns about his activities.

Naoki Urasawa is great at generating soap opera style tension, an early example in this book being Kenji getting grief from the store franchise’s representative, yet also urgently wanting to attend a meeting on unrelated business. Coupled with that, he successfully generates a feeling of building a massive story from small pieces. Urasawa switches the narrative about between characters, Kenji, a retiring detective, an airport security guard, or a homeless man who can see the future. There are little mini dramas within the main story, the look at the private detective being a fantastic piece of storytelling, building him as a sympathetic character and highlighting his problems over two compelling chapters, after which we don’t see him again in this volume. It doesn’t matter as each successive chapter ensures we become wrapped up in someone else’s problems, be it in the past or the present. We don’t know where she is now, but we learn a lot about Kenji’s older sister Kiriko in the past.

If the plot is meticulously planned, so is the art. It’s necessary to distinguish the early 1970s from the 1990s, and because Urasawa’s visual characterisation is so strong he pulls us into his plots. He’s taken a deliberate choice to work only rarely with the traditional exaggerated manga storytelling, and his panels of high emotion have a Western comics style to them. Without the speed lines the right hand sample page could be a Steve Ditko layout.

A killer final chapter reveals that what’s starting to happen is down to a template created by Kenji when a youngster. Cleverly, Urasawa has shown us the events leading into what years later is a tragic event. He also seems to be leading us to certain conclusions about who might be helping Friend in his nefarious activities, but the confirmation is something for a future volume.

Individual books are only titled internally, never on the cover. The Prophet is combined with 01, Friends, in the first volume of the larger sized Perfect Edition. Next is Hero With a Guitar.