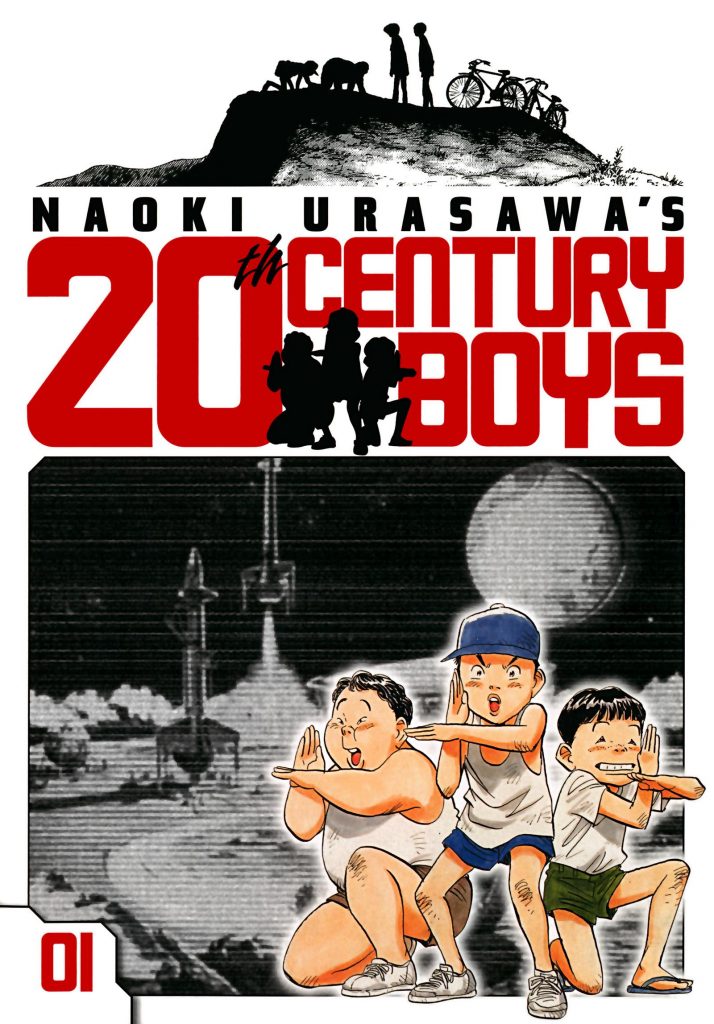 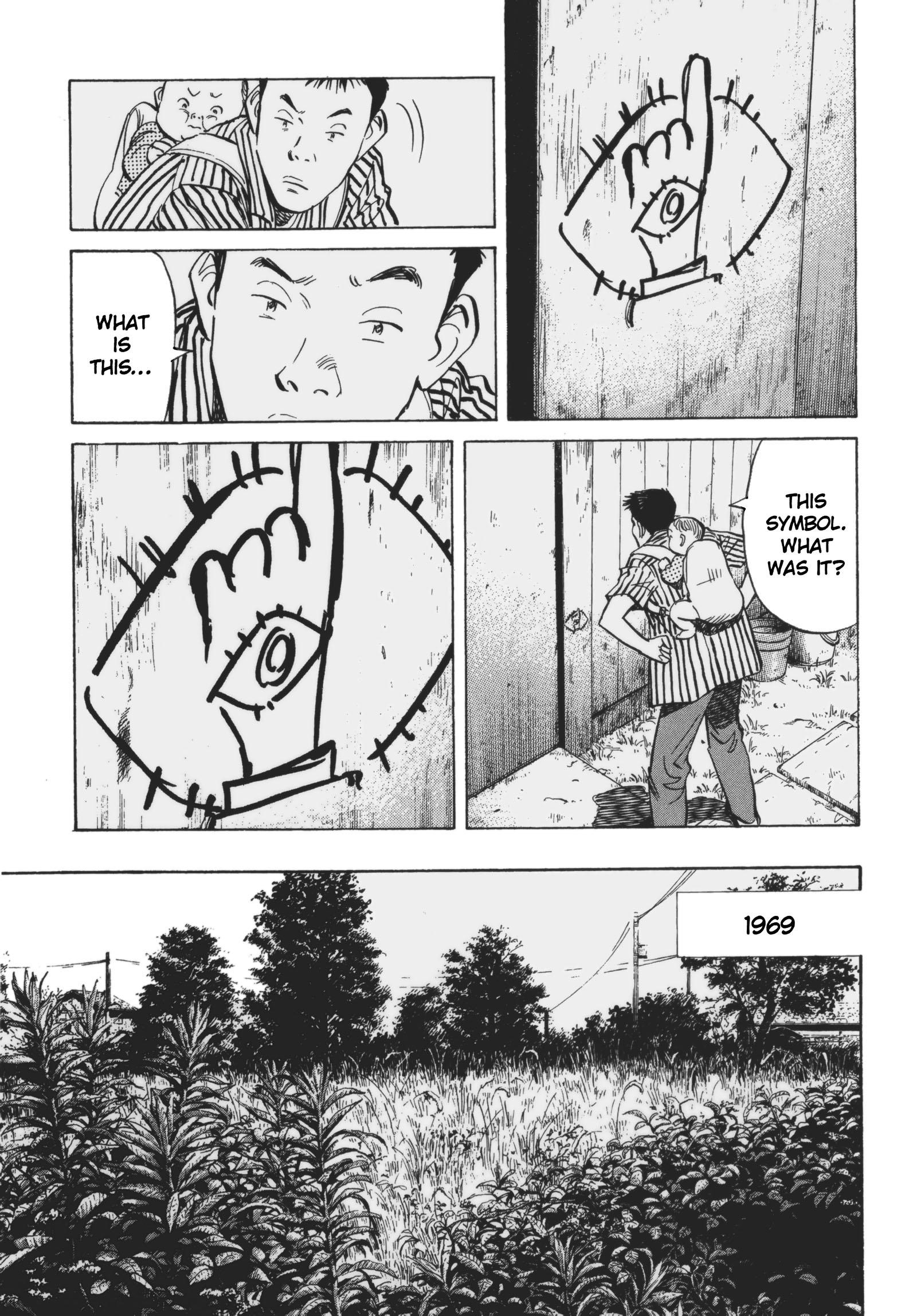 20th Century Boys is a masterful psychological story occupying 22 volumes in the English translation, gradually piecing together a story of immense ambition following numerous characters both as children in the late 1960s and early 1970s and adults in the late 1990s. The story opens with the revelation that a group of men have just saved Earth from the worst crisis in humanity’s history, but they’re hidden in shadow. Central to events is Kenji, who as a child dreams of being a superhero who saves the planet, but as an adult runs a convenience store on a shoestring, while looking after his old mother and his sister’s abandoned baby.

As part of his childhood activities his gang tagged a sign that let other members know someone was a real friend. In 1997 when an account customer disappears, that same tag is by his front door, but Kenji can’t recall the significance any longer. It recurs, however, and he begins to see it frequently, always in a different context.

There’s no complacency about the depth of planning Naoki Urasawa has put into 20th Century Boys, working out the life progression for a large cast, this opening volume alone showing incidents from half a dozen different years. That’s along with a wedding, a funeral, and the sense of foreboding that Urasawa hangs over the entire story, reminding us again and again that things are about to become much worse for the cast. The dotting back and forth over time is a clever device enabling us to come to know them, and knowing them as children reveals them as adults. Each incident from the past informs about someone, with Donkey featuring in many recollections. He comes from a poor family and is at first ridiculed by Kenji, but overcomes his background to become a science teacher, having been energised by seeing the first moon landing in 1969. However, we first meet him when the newspaper announces his death.

Urasawa’s pacing is superb, over ten chapters telling small stories building into a bigger picture, while ensuring we come to know the people who’ll be important to what’s happening. If listed in isolation, a number of elements seem too coincidental, but Urasawa works them into his little dramas so naturally that in context everything locks in tightly. The same applies to the art, with the cast carefully designed so the younger and older selves are consistent and distinguished, and he’s also designed the pages to have a more Western approach to storytelling than the stylistic devices associated with Japanese comics. Characters aren’t seen taking every step across a room, boggle-eyed moments are rare, as are speed lines. The one concession is a character whose identity is to be concealed. He’s seen, but with his face just a blob of black ink within the outline of a head, irrespective of the lighting.

By the end of Friends Urusawa has hooked the readership, and you’ll want to head for The Prophet next.  Viz later combined both in volume one of what they called The Perfect Edition. Anyone interested is recommended to start the series with those Perfect Editions , because while most of these earlier editions are easily found, that doesn’t apply to volumes 17 and 19.