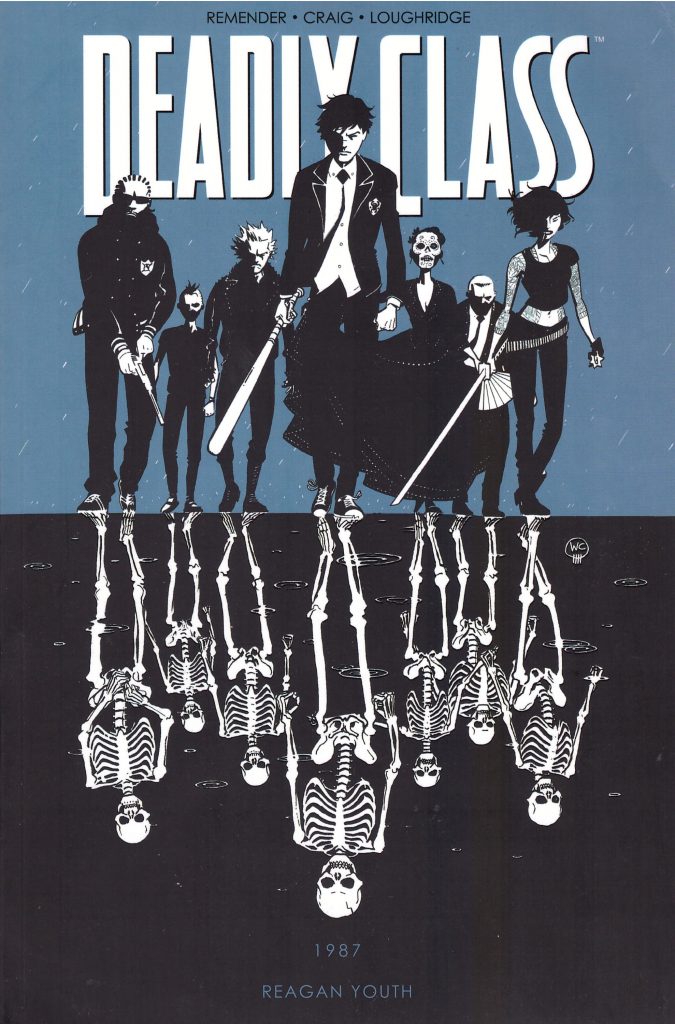 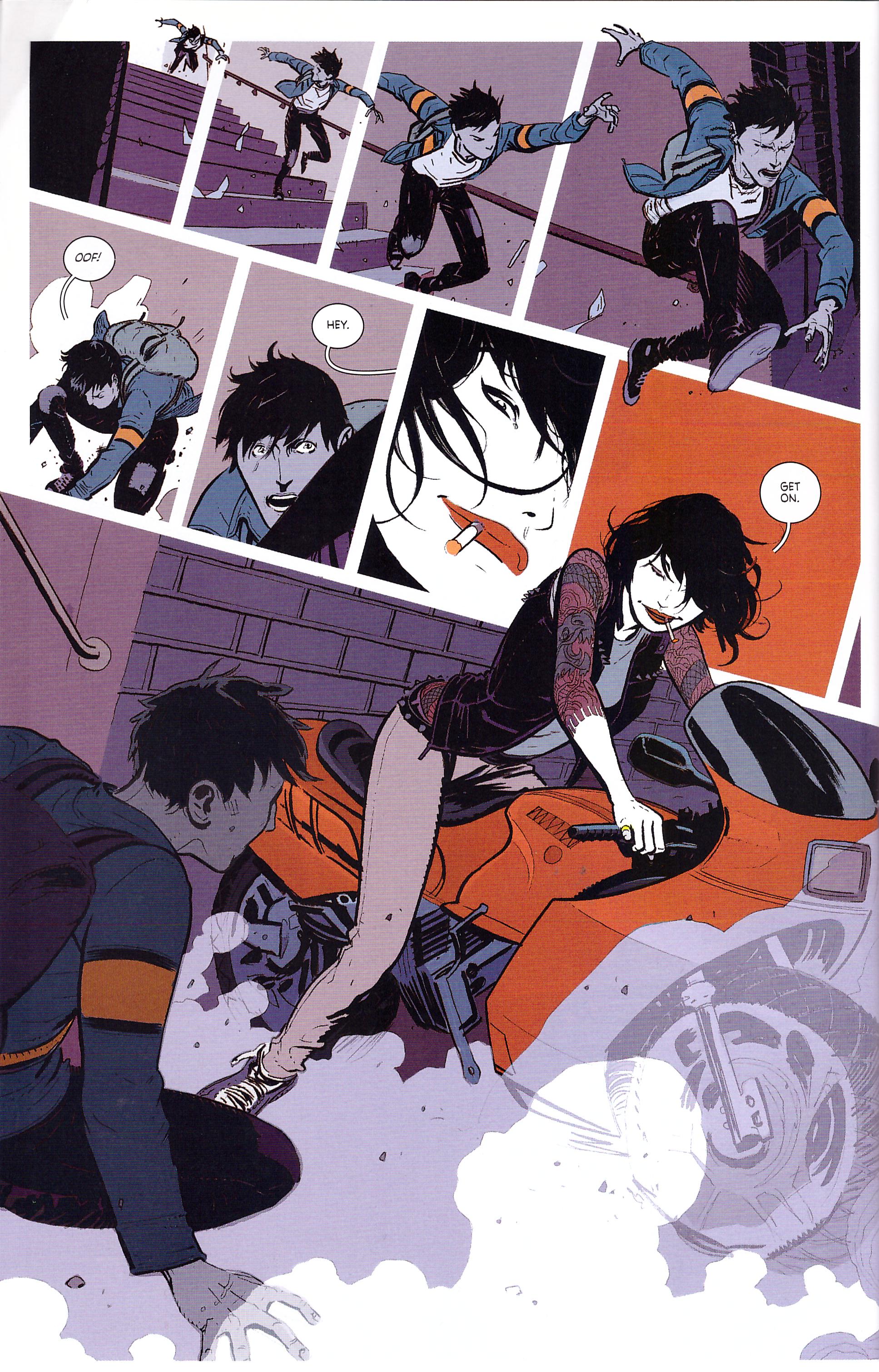 Deadly Class has a big hurdle to overcome. Get past it and you’re in for one hell of a ride filling seven graphic novels and counting. If you can’t, you’ll have problems. The hurdle isn’t a school for assassins running covertly beneath San Francisco, nor that it’s been running for decades and even has a legacy system. It isn’t even that it’s run like a proper high school with lessons tied into the art of killing. It’s that thousands have attended from all around the world, yet it’s a secret. The ways of keeping it such would certainly keep most people quiet, but even so… Alternatively, Marcus Arguello attending assassins school is no different from Harry Potter going to magic school, and away we go on what’s a consistently perverse and violent treat.

Marcus is the son of a former Nicaraguan cop. His parents were executed for running arms to the Contras, leaving Marcus in a US orphanage. By the age of 14 in 1987, he concluded life on the street was preferable. It’s toughened him, but not closed off his heart, and that’s the key characteristic enabling his rescue and enrolment when some crooked cops came looking for him. Rick Remender’s put a whole lot of thought into creating Marcus and his background, and it comes out in drips and drabs of dialogue, as Marcus analyses himself and justifies a preference for being a loner rather than joining the cliques.

It’s difficult to know if Remender or Wes Craig lays out the story, but there are a lot of visually interesting page designs and segues to other scenes. Around the halfway point there’s a conversation as two people make their way across the city, with each line of dialogue occurring in a different place (yeah, suspend that disbelief again), which is clever. So’s the page with the white space between panels eventually forming an arrow, and the general indication of movement in so many ways. There’s something of Paul Pope about Craig’s deceptive looseness. Colourist Lee Loughridge is very important to the look, adding atmospheric flat colour, and when a group of students hit a Grateful Dead gig he really shows what he can do.

Given the premise of Deadly Class, obvious sensationalist pandering is one route, presenting vicarious debased thrills by maximising the assaults, but Remender makes the humane choice and while there are murders and extreme violence, they’re never without consequence. The self-questioning nature of Marcus ensures consideration of what’s happened at every stage, and his ability to think for himself and challenge others results in dialogue actively scorning some lifestyles. A clever aspect is that without being overly aggressive, Marcus’ attitude alone puzzles the more jock-like classmates, who’re reluctant to challenge him directly. Contrarily, however, the best sequence here is set in Las Vegas and throws most of that out of the window. There’s also a strange little scene soon after Marcus joins the school that here just seems passing whimsy, but, oh will it have consequences.

Remender’s afterword details how many of his own experiences with death and violence have worked their way into Deadly Class, which ended up being far more personal than anything else he’s written. Good writers can channel experience, and here a good writer is doing that exceptionally well. What he’s done with Deadly Class is reinvent the old kid gang comic for the 21st century (girls and minorities allowed), and Kids of the Black Hole follows. Alternatively, both are combined in the oversize hardcover Noise, Noise, Noise. 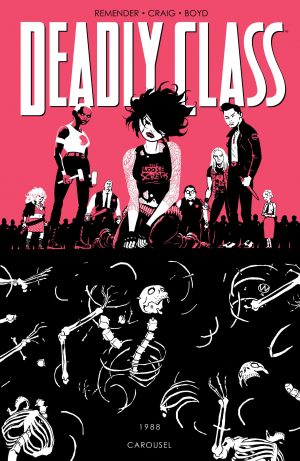