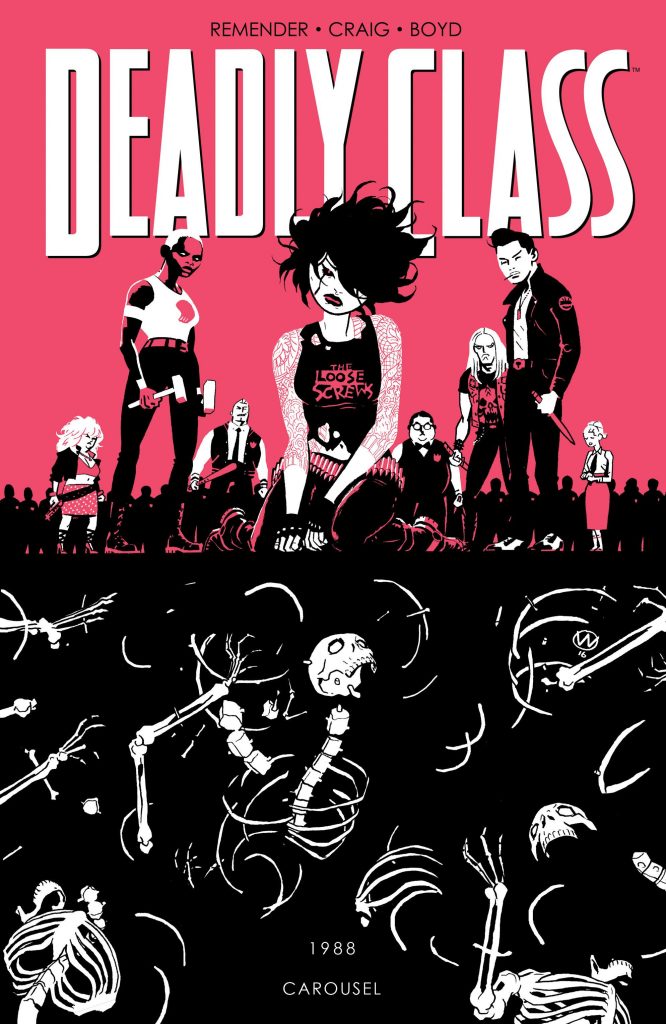 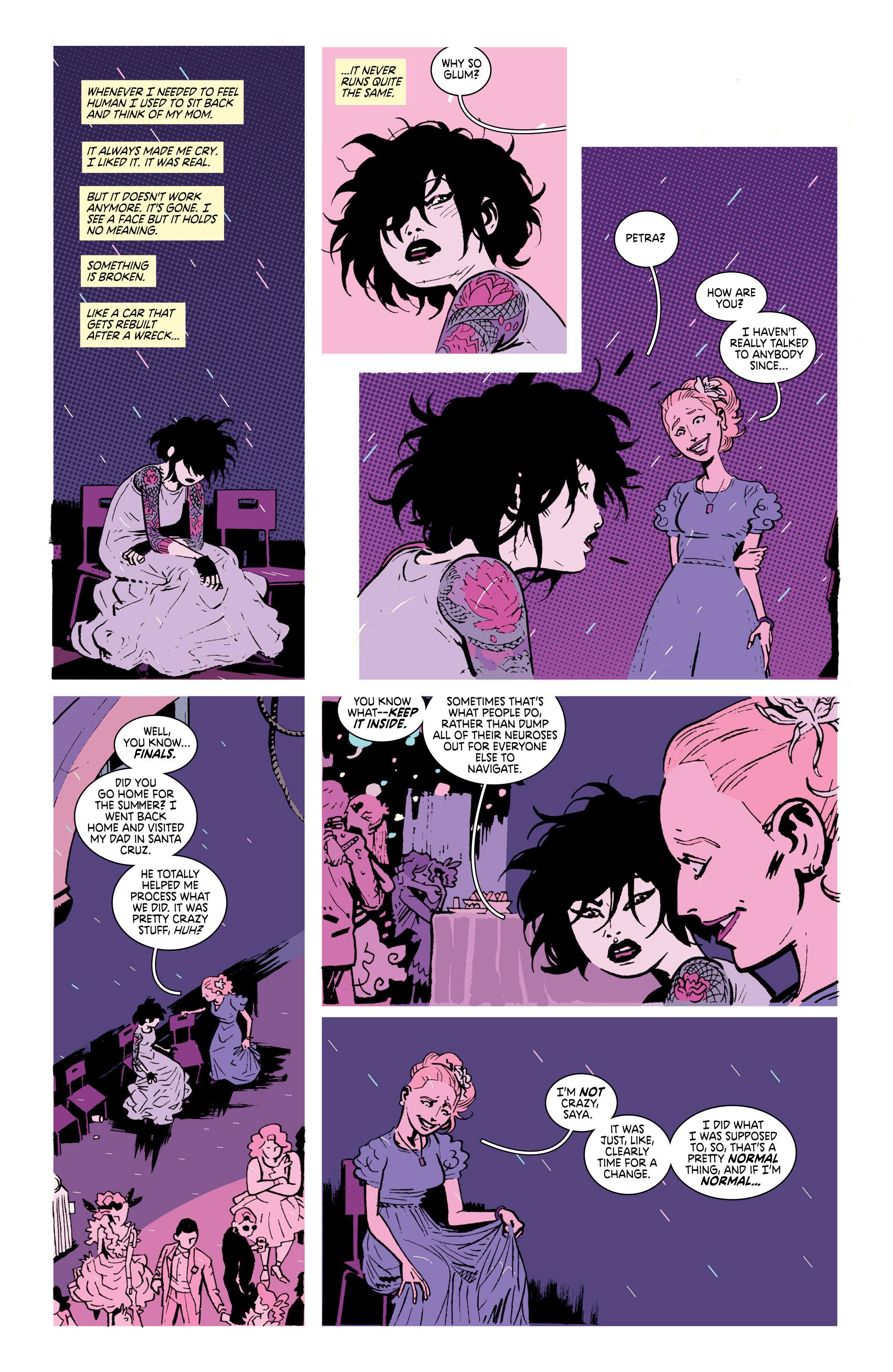 The two previous Deadly Class collections have been almost relentless thrill rides, and the early material here skips the summer and picks up with the new freshmen at the assassin’s school of Kings Dominion, and some contemplation among the sophomores about the events ending the previous term. Did what you saw happen at the end of Die For Me actually happen. Was it a dream, an imaginary story? Is there no sentimentality on the part of the author via a last minute reprieve? We didn’t see it coming and it was great.

Don’t mourn. Instead appreciate the fantastically unhinged welcome speech Rick Remender provides as attention turns back to the school itself, its newly brutalised pupils, and the new arrivals.

Because there’s a new intake, Remender spends some time with them, and they’re an interesting bunch, some arriving with fully formed rivalries with those already attending the school. As the cast come from around the world, English is a second language, and Remender emphasises this via their dialogue as he has with the previous intake. Some is formalised, others awkward, but they speak distinctively and you can hear those voices in your head. When Remender reprises a scene from Reagan Youth with the presentation of a rat skeleton, we’re now aware of the full horrific meaning.

As the story slips into a couple of fantasy sequences – don’t worry, you’ll survive – Wes Craig has the opportunity to vary his style a little, and it’s plain strange seeing him draw monsters, or, more accurately, monsters that aren’t human. There’s also a chance for some cartooning, and he pulls that off as well, but we’re not here for that, and the rest of the book is in his impeccably loose, yet polished style.

Unlike the previous books, there are some laugh out loud moments in Carousel, but you surely don’t think that’s the prevailing mood, do you? The darkness is present throughout, and what Remender brings in again is that the teenagers we’re watching all have deadly backgrounds, some of which begin to intrude into their lives. This time Remender moves the stunning ending up to the penultimate chapter because he’s got something special for you in that last one. Death, resurrection, redemption and rescue. It’s all here along with a side dish of potent flatulence. Great. As usual. This is Not the End follows. 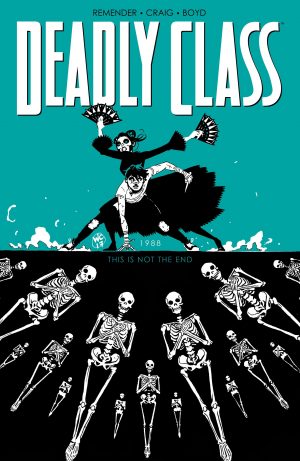 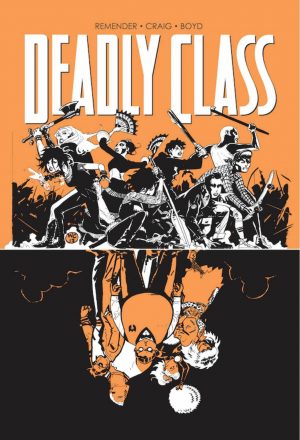