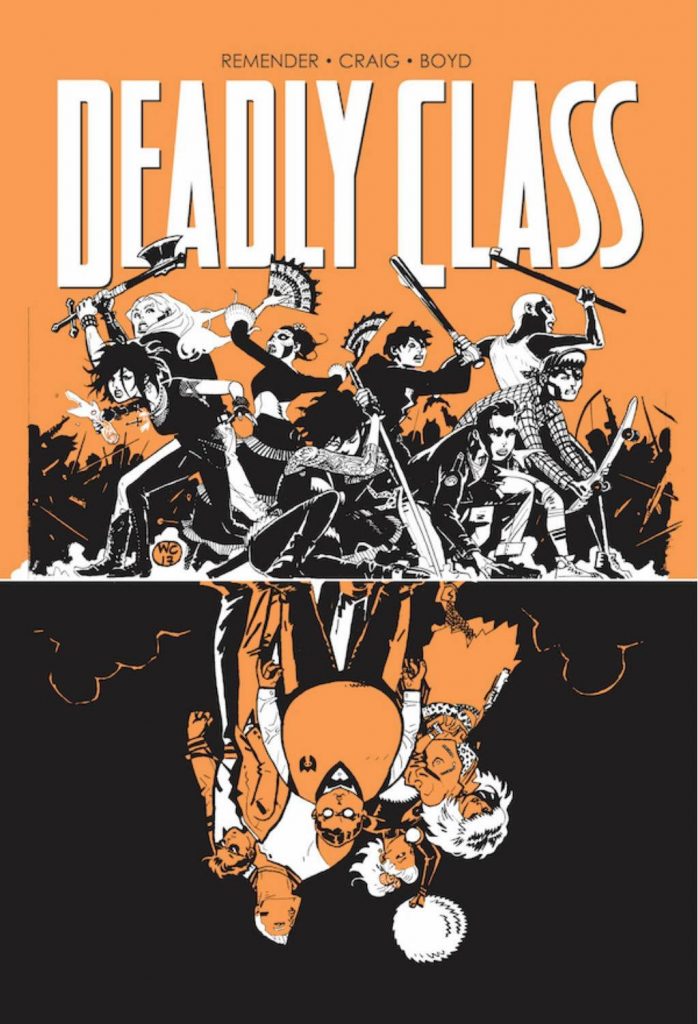 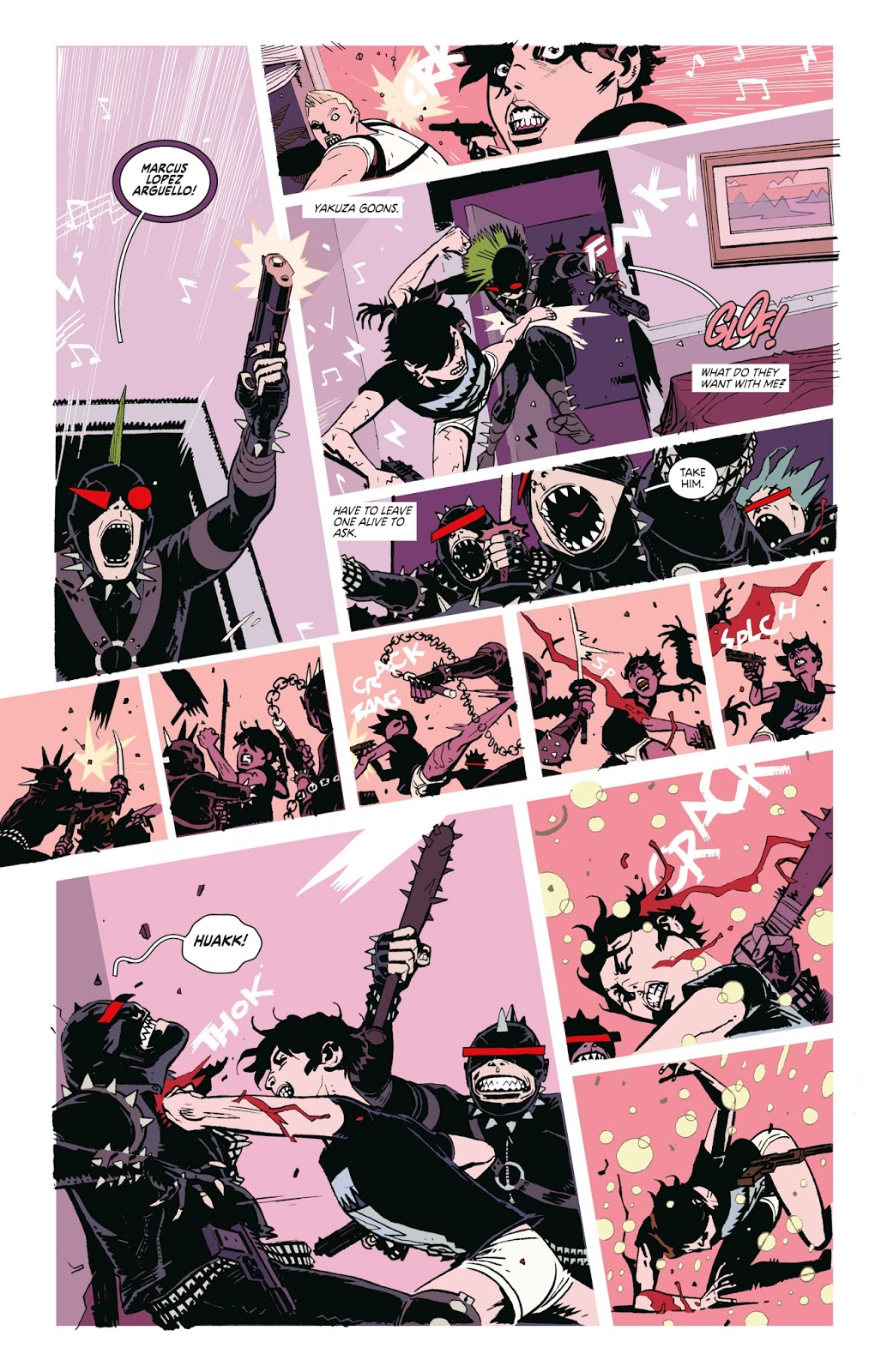 If you’ve not read the previous This is Not the End, and don’t want spoilers, this is not the review you should read. A constantly brilliant aspect of Deadly Class is Rick Remender’s ability to surprise. After a couple of collections, even when the default becomes to anticipate and expect surprise, Remender is still able to slip them by. What we thought was that Marcus Lopez, our favourite character from the early books, had been a casualty of the Freshman year hunt. Instead Saya lied about killing him, and he’s been reunited with his similarly disappeared girlfriend Maria. We assumed all hell was going to break loose to start Love Like Blood, and there’s no tease, no delay, it does. Remender and Wes Craig give us several great battles punctuated by several great chase scenes. Frank Miller is referenced, but this is more Tarantino overdrive, insane amounts of people representing different interests tearing a Mexican town apart at night. In action terms the opening chapter is the single greatest chapter in the series to date, and it’s only the set-up for the grudge match that comes next.

Another fantastic aspect of Deadly Class is the sheer frenetic pace it can sustain. Not all the time, as that would eventually desensitise the thrill, but, boy, can they keep it going for a few consecutive chapters, and this book is almost nothing but. Remember the relentless quality of Jack Nicholson in The Shining? Well there’s a star turn just like that here, a completely insane force of nature leaping out on anyone and everyone, with a barrel full of grudges to work out. Of course, with that level of violence sustained over so many chapters casualties are inevitable. Who’s it going to be? Place your bets now.

Wes Craig? He’s great. He’s always great. And what a work ethic he has. He fills the pages with action, movement and style, every one a stunner.

An idea that Remender begins to explore a little more is that all the teenagers attending the school for training killers have a legacy. They represent vested criminal interests, and while those interests can be put aside to some degree in the school, in the wider world there’s always a vying for power, a flexing of the muscles, and that’s something that’s playing out more and more. There’s a conclusion of sorts to Love Like Blood, and it seems like it’s going to be business as usual back in the USA for Never Go Back, but some matters here aren’t going to be forgotten anytime soon. Good.