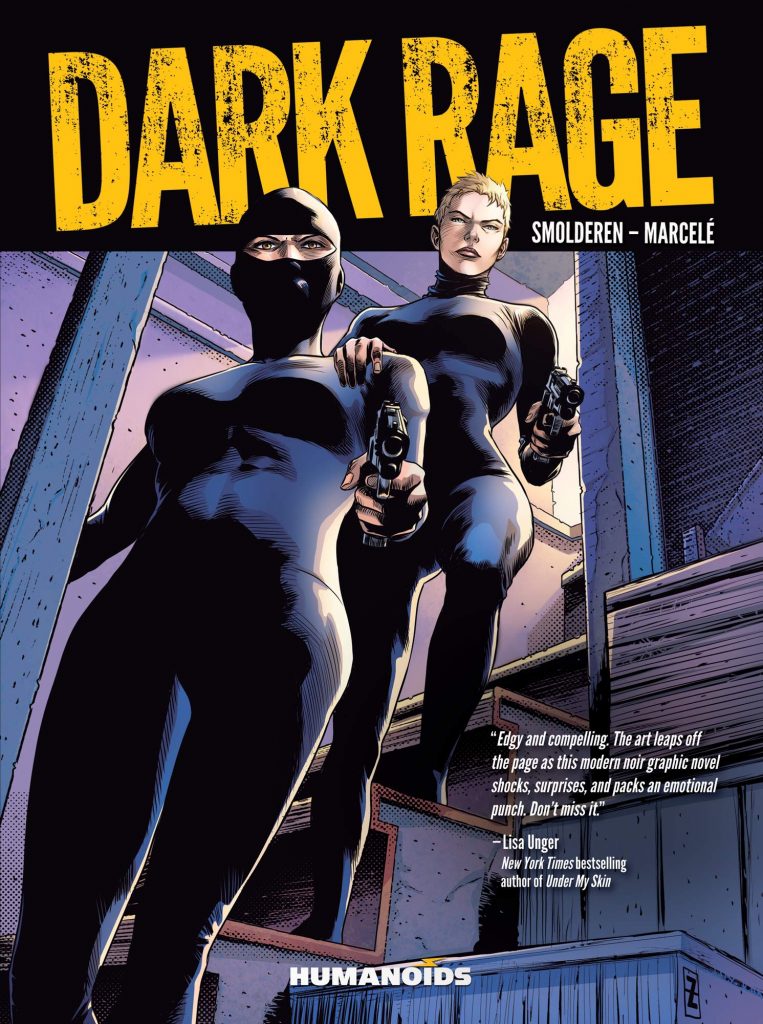 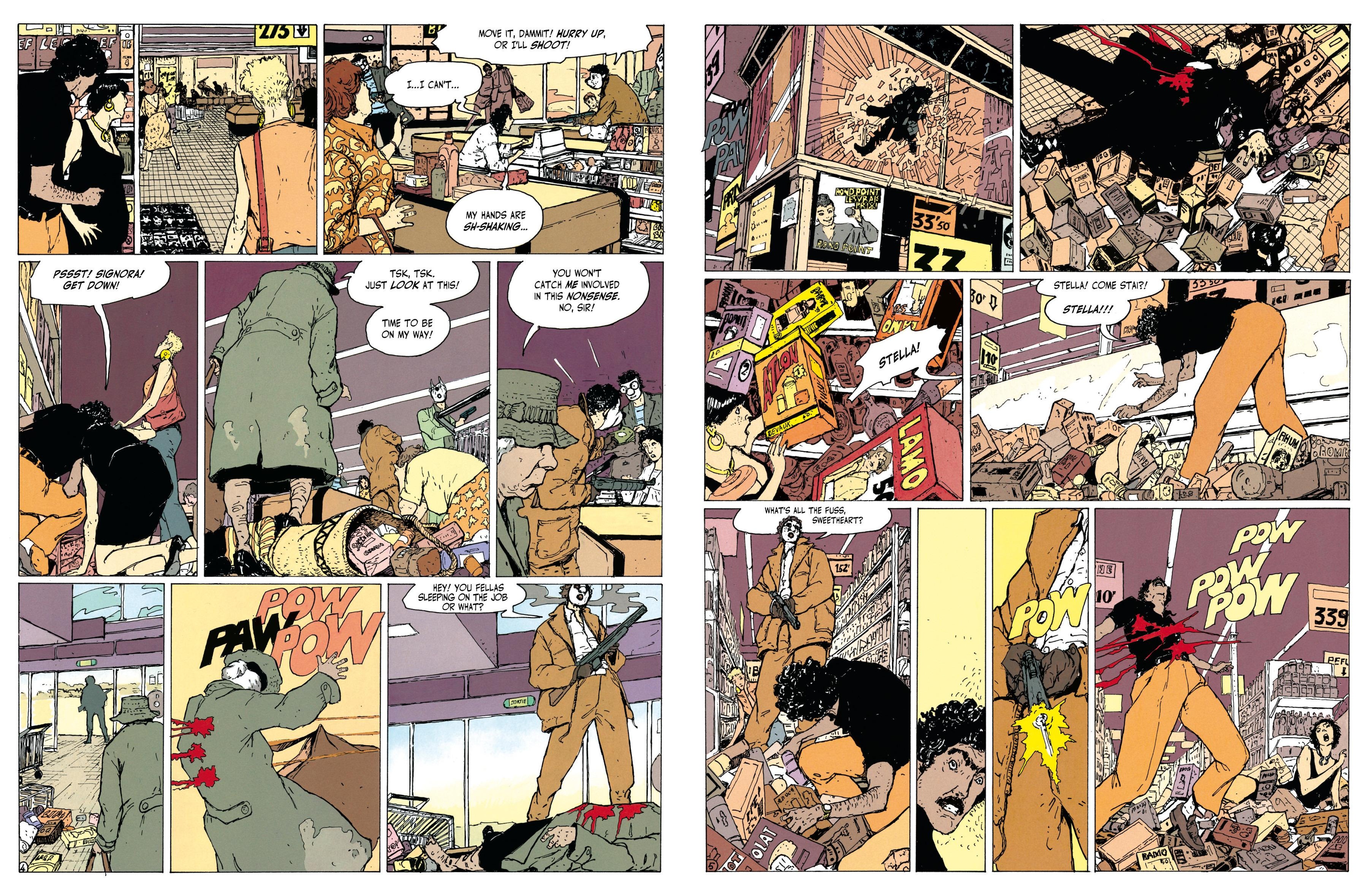 In a shocking opening sequence seen in the sample art three masked men armed with shotguns rob a supermarket, entirely unconcerned about killing people as they do so. Among the shoppers is Marielle Meyer, whose son is killed as the robbers depart. Her loss leaves her with a constant burning anger that won’t pass. After an initial knock back, she finds her match in another victim, Stella Di Finghini

There’s something of Thelma and Louise to Thierry Smolderen’s plot of two revenge-obsessed women egging each other on and discovering just what they’re capable of. However, while the English language edition didn’t emerge until 2019, Dark Rage began serialisation in France over a year before that movie’s release. Marielle and Stella are impacted not just by tragedy, but by the official response to it, the tendency for others to view them as not in their right mind and unhealthy. Smolderen overplays this, as he does some other aspects, but he’s a canny enough writer to ensure these are diminished by a constant supply of surprising revelations that reconfigure who the cast are.

A ligne claire art style lacking shadows may at first seem a poor match for a brooding noir thriller, particularly as it’s also very brightly coloured, but any such thoughts evaporate with the reading. While displaying a good design sense from the start, Philipe Marcelé’s character definition is shaky to begin with, some of his faces verging on caricature, but he was no novice, Dark Rage being his final regular work as he concentrated more on teaching. By the end of the opening chapter he’s settled on a look for the two leads, and it enables a greater appreciation of his delicate linework. However, by ensuring a contemporary look throughout as he worked on the series, a lot of the work Marcelé put into fashions, decorations and detail now nails the story to its time, and that era isn’t considered one of timeless style. The locations do have a perpetual quality, and Marcelé draws them beautifully.

In addition to Thelma and Louise, there’s much of Quentin Tarantino in Dark Rage, but again, it predates his first successes, and is so better seen in the tradition of French cinema. Bertrand Blier’s crime collaborations with Gérard Depardieu have a similar outlook. Smolderen paces his plot well, joins the pieces together well, maintains the tension well and he and Marcelé give us an astonishingly thrilling final 25 pages. The ending is wonderful, abrupt, more than a touch surreal and with a killer final sentence open to speculation. It took almost thirty years for an English translation, but this is a first rate crime thriller.