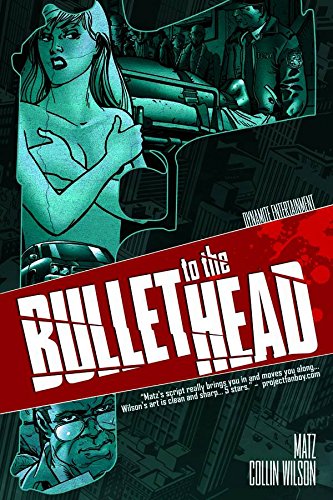 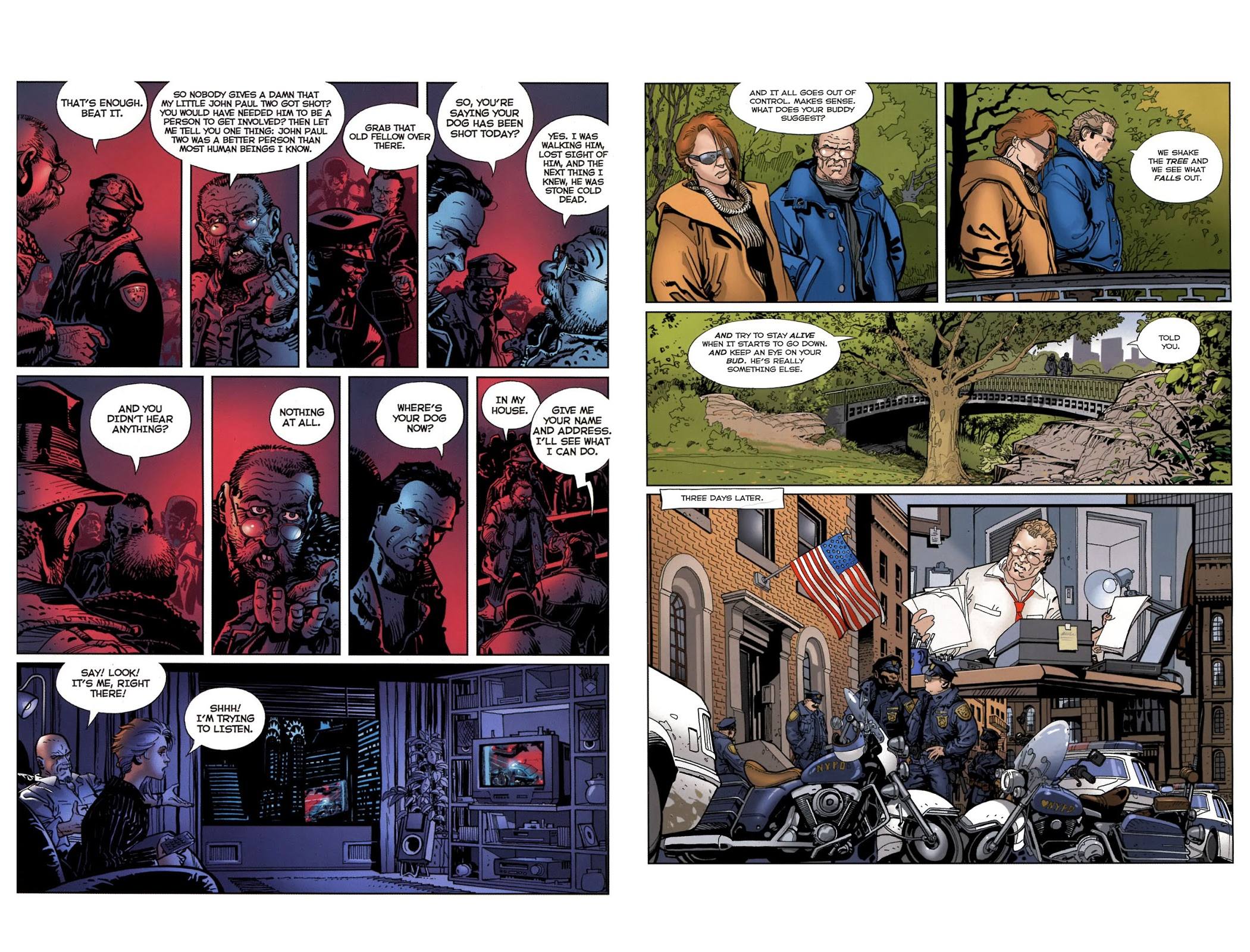 With a filmed version directed by Walter Hill and starring Sylvester Stallone due for release in 2012, Dynamite Entertainment released an English translation of Matz and Colin Wilson’s very precise crime drama involving three pairs of characters spread over six chapters. Although originally published as a three volume French album series, it’s set in New York, and opens with experienced hitmen Jimmy and Louis shooting the breeze before carrying out their assignment. The resulting mess is picked up by police detectives Alan and Philip, while reporters Frank and Kate help the police.

If you’ve seen it, it’ll go without saying that the graphic novel is better than the film, and that’s because it’s very precisely plotted. Start by altering things, as the film did where the only real point of connection was it featuring hitmen and police, and the plot disintegrates. As presented by Matz (Alexis Nolent) and Wilson, though, everything slots together beautifully. Readers are a step ahead of the police as we’re also seeing what the hitmen are up to, except readers and police alike are kept in the dark as to what’s really going on. The police investigating a murder see an FBI agent on the scene, and the official report of the crime and the story fed to the press only resembles what they know to be true by virtue of the victim’s name.

A dense plot and Matz running with Quentin Tarantino style banter means a lot of words need to be accommodated by Wilson, who uses anything up to sixteen panels on a page. He consistently switches the viewpoint, moves it in and out, up and down, anything to ensure the pages look interesting, and he’s got one hell of a talent for maintaining the look of the cast from any angle. Very occasionally, there’s some space and he’ll throw in a glorious looking page like the right hand sample, but there’s never any lack of detail in the fully realised backgrounds.

Perhaps crime graphic novels set in France just aren’t translated into English (one exception recommended), but there’s a long tradition of French creators looking across the Atlantic for their action thriller and crime stories. Jean Van Hamme leads the way (also recommended). Matz unfurls a treat that becomes a form of procedural crime drama, and by halfway he’s played readers beautifully, and continues down that road. The different perspective on an early conversation is a sweet touch, as is the eventual sharing of tricks of the trade and some philosophy about the ethics of power. The switch to non-linear narrative over the final chapter isn’t the best way to handle the conclusion. It’s in order to prolong the questions, but because he’s written Bullet to the Head so well, by this time it’s the characters we care about, and there’d be a greater tension in avoiding telling us how things play out for longer. That’s a minor irritation for what’s a great crime story.

Walter Hill picking up on Bullet to the Head led to Matz adapting two of his unfilmed scripts as graphic novels. Anyone impressed with this might want to check out The Assignment (poor) and Triggerman (very readable).