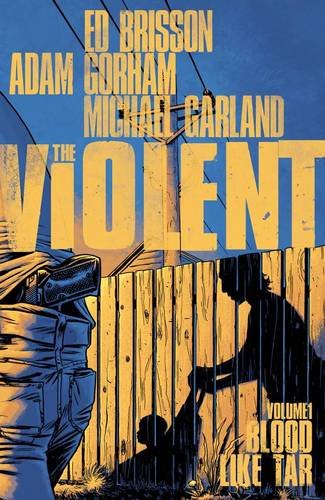 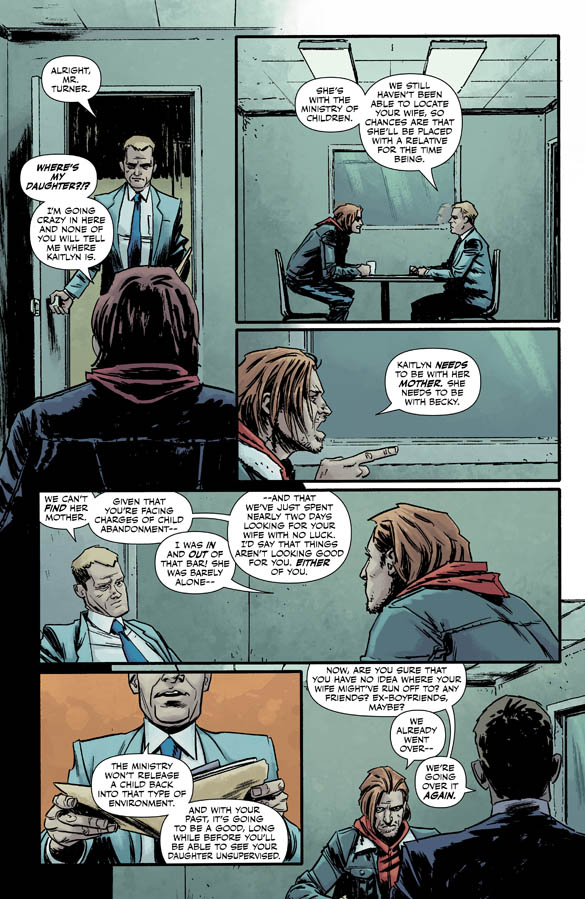 Western societies are ruthless in discarding people that don’t conform to an ideal, or who have a run of bad luck, or who make poor choices, those often influenced by other aspects of their lives. Instead of applying compassion, it’s far easier to close off options, force those people into a corner, criminalise them and either then jail them or shed crocodile tears if they die. It’s cheaper that way, and the blind eye provides a clean conscience. What, then, forges such tragedies? Welcome to The Violent.

Mason and Becky have both kicked their drug habits, and she waited a year while he served his jail term, yet instead of being at home with his infant daughter he’s out in the middle of the night casing houses while Becky works night shift. Ed Brisson makes it clear that poor decisions have been made and continue to be made, but not all of those decisions are made by Becky and Mason. Soon after Blood Like Tar begins there’s a police investigation. Brisson’s plot skirts around the periphery of Becky and Mason’s life, bumping into friends, acquaintances and relations, each step possibly not helping the police much, but certainly building a bigger picture as to Becky and Mason’s circumstances.

Comparisons with Criminal are inevitable. There Ed Brubaker pulls together the same type of narrative where people fall in over their heads, although not with as much social commentary in passing. Adam Gorham’s naturalistic pages doen’t reach the standard of Sean Phillips, but he’s good, with a storyteller’s instinct, and time will only see an improvement.

Just when we think we’ve come to understand each member of the cast Brisson throws in the curveball. It’s a memorable piece of plotting that alters everything, yet because he’s been so thorough beforehand it’s real kick in the teeth, a heartbreaker. Unfortunately it’s so good that there’s only one route for the remainder of the story to take, and although that’s played out well, any surprise has been removed. Still, Blood Like Tar provides an interesting read, and it’s a shame that despite the prominent labelling as a first volume nothing more followed. On the other hand, this is a story complete in itself.