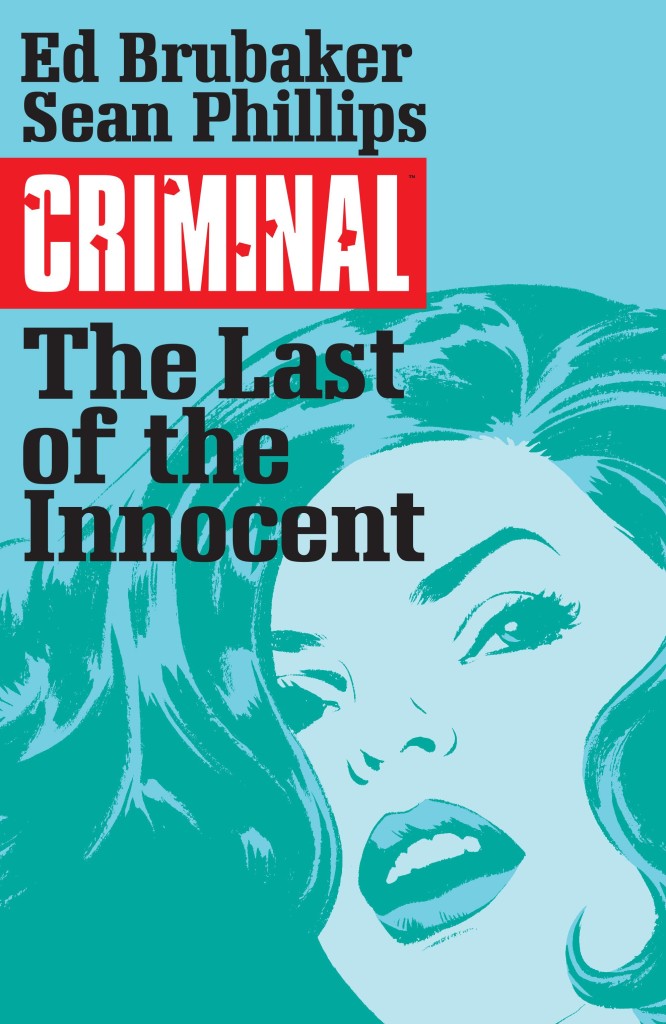 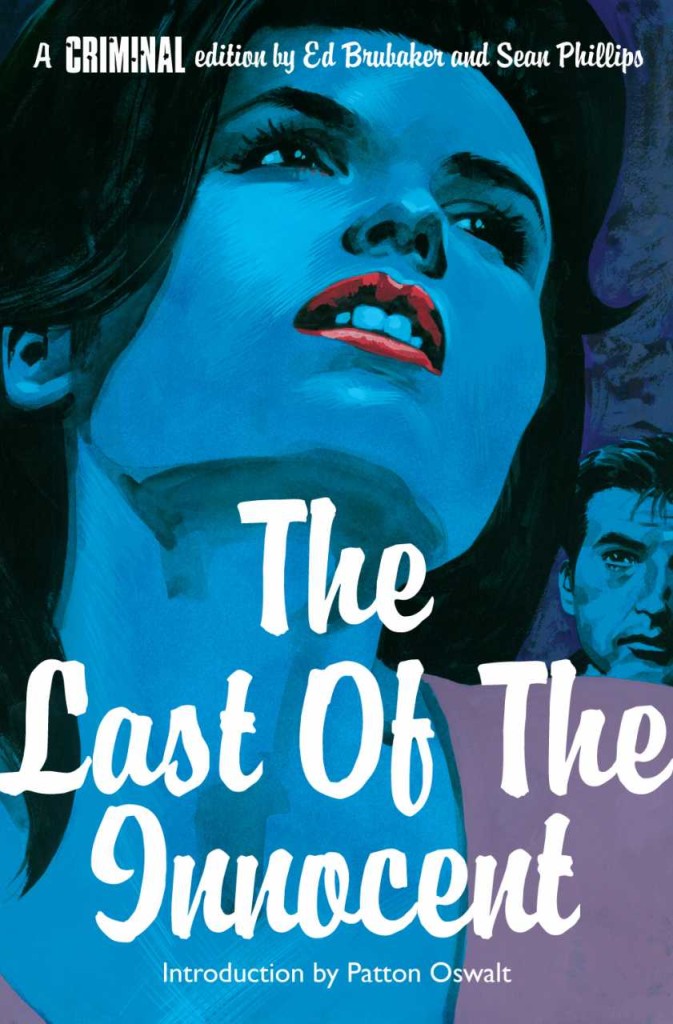 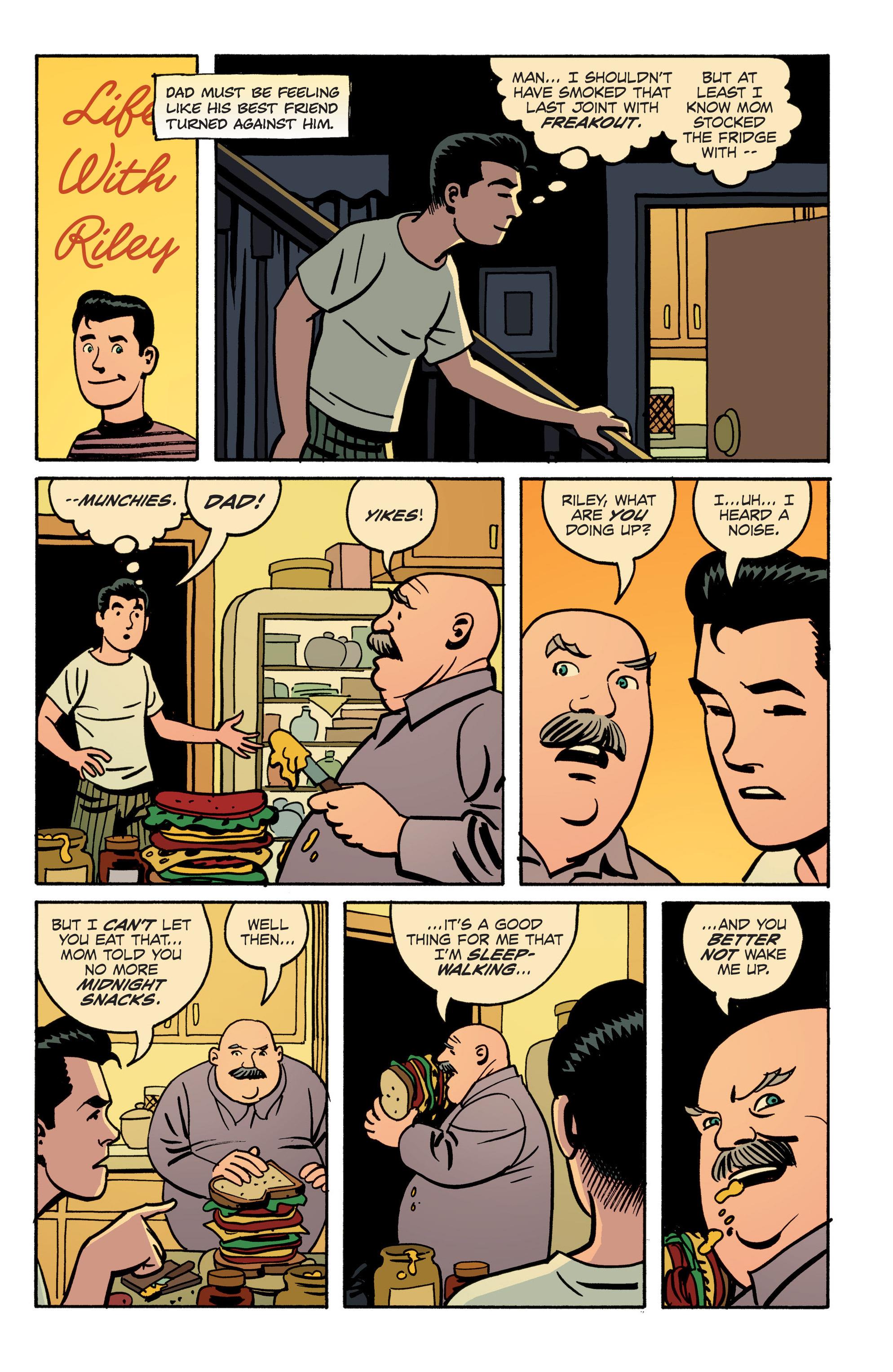 Just how good is Sean Phillips? Looking at any of the previous Criminal graphic novels wouldn’t reveal the merest hint that he’d started out as quite the capable Judge Dredd artist, and he’d proved an effective artist on mainstream superheroes. Add Criminal and that’s some versatility, yet, it turns out he’d not have done bad by Archie either. Last of the Innocent contrasts the big city in 1982 with a more innocent time, and that’s illustrated in a very attractive cartoon style, not quite the full Dan DeCarlo, but dipping into the same well as Jaime Hernandez in updating that style. These pages are scattered through the book and they’re wonderful.

This was an experiment given a dry run in Lawless, but the lack of commitment rendered it anomalous, whereas it’s fully integrated here.

The switch of art back into the regular dark style serves to hammer home how Riley Richards has changed since he left Smallville, or Riverdale or Brookview. Going back comes at a good time for Riley, or it would be if his father weren’t dying of cancer. In the city he owes money to gangster Sebastian Hyde and has just discovered his wife has been fucking the guy he hates most in the world. Back in Brookview he can relive old glories and ignore that his former best buddy is burnt out, in the program, taking it one day at a time. Turns out that’s really useful to the callous, manipulative shit Riley has become.

Criminal has been characterised by an upward quality line since the very good introduction, Coward, and while The Last of the Innocents doesn’t quite involve the complexity of The Sinners, it matches the overall quality. What eventually becomes integral to the plot is something that occurred during Riley’s Brookview childhood, and only then does it drop into place how well Brubaker’s slipped in everything we need to know,

There are some very brief nods to those we’ve seen before in Criminal, but Riley is the guy in the spotlight from start to finish. It’s only on very brief occasions, for the purposes of foreshadowing, that the focus ever shifts away from him, so Brubaker’s personality building is even more important than usual. Riley’s firmly established as a normal guy to all around him, and even when he comes to his life-changing decision, this impression persists despite captions blatantly contradicting this, cleverly written as self-reinforcing. “What else would you expect with a guy who tries to please everyone and a girl who has no idea what she wants?” is one of many fine insights. Another is a comment about Riley being empty when no-one is looking.

The Last of the Innocent can also be found along with the previous two books in the second oversize hardcover Criminal Deluxe Edition.