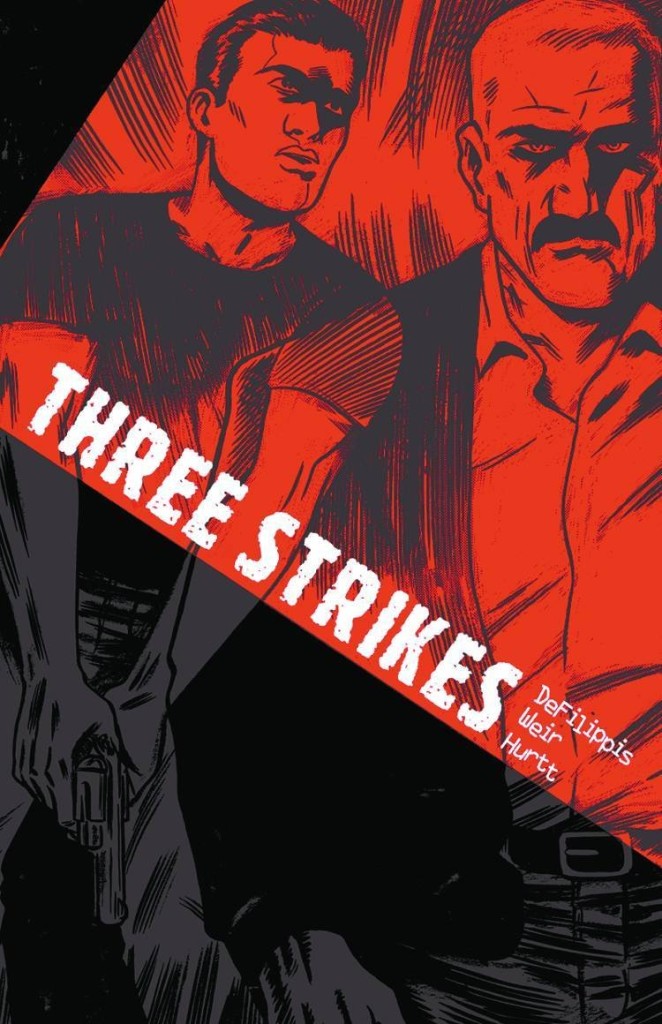 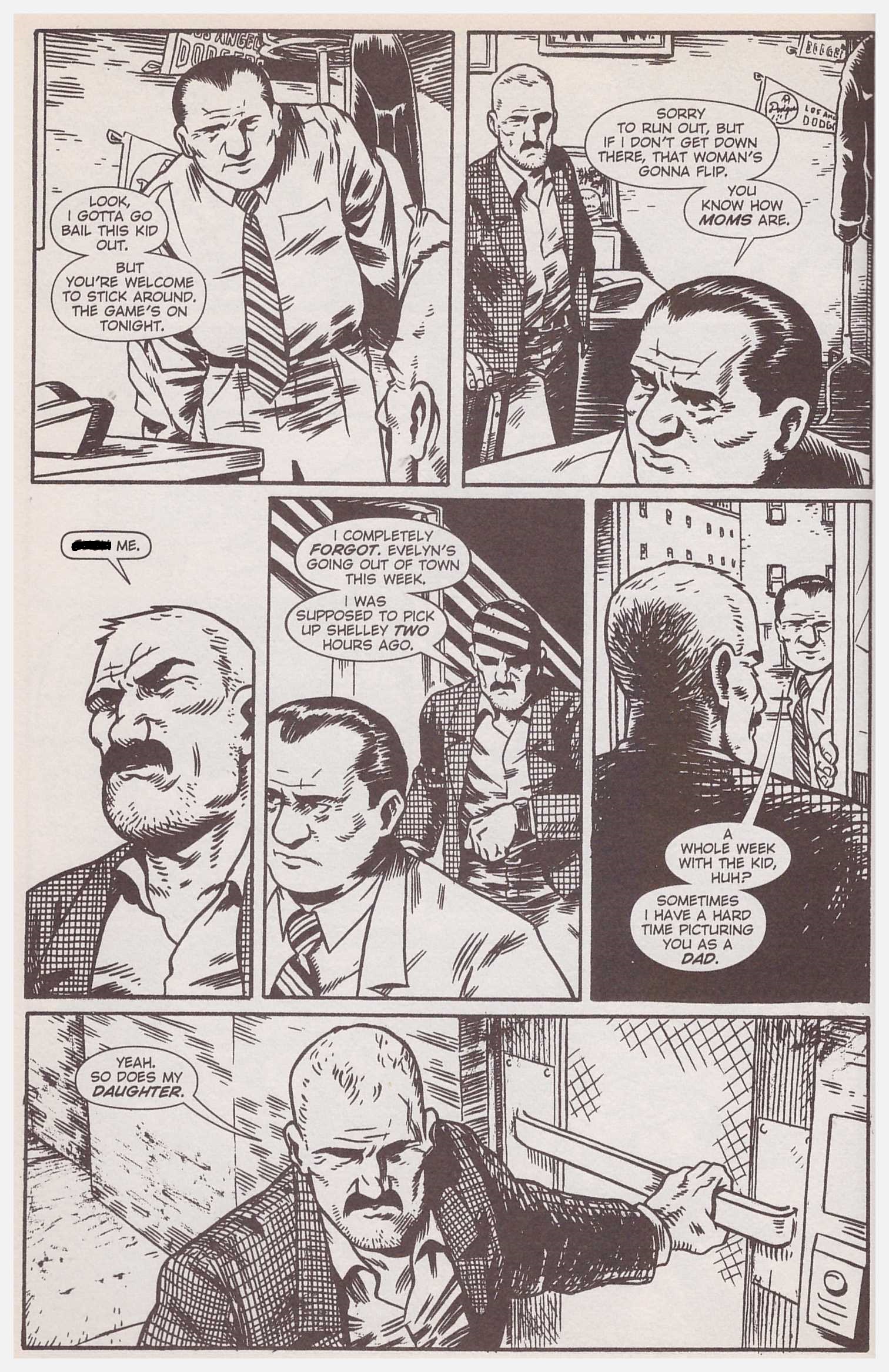 Three Strikes is an excellent character focussed crime drama that simultaneously serves as an indictment of the now thankfully revised Californian law whereby a third criminal offence of any kind could amount to a life sentence in prison. In Rey Quintana’s case the three offences were vandalism, a wrongful conviction for drug dealing and shoplifting.

Rey’s a fundamentally decent college kid who’s made a couple of mistakes, but he’s made them in a re-election year when the District Attorney is keen to look tough on crime. The writing team of Nuzio DeFilippis and Christina Weir do a magnificent job of depicting Rey as a normal and likeable guy with a future, one able to rein in his dimmer mate Billy, who’s more prone to criminal tendencies.

The writing masterstroke, though, is contrasting Rey with Noah Conway, the Bail Enforcement Officer set on Rey’s trail when he skips town. A hard-nosed former cop, Conway hides behind the law to ignore social reality, justifying his job, at which he’s very good, while neglecting his family. His marriage is over, but he’s really screwing up his final opportunities to build any kind of relationship with his daughter, aged sixteen.

Brian Hurtt previously collaborated with the writers on Skinwalker, which was entirely different in tone. It nevertheless showcased his ability for drawing compelling drama in exactly the naturalistic style required, never skimping on detail, and supplying a consistent and distinguishable cast. The layouts for passages featuring a lot of dialogue switch the viewpoints to ensure the conversation remains lively, and there’s never the slightest difficulty in working out what’s going on.

The introduction from Ed Brubaker mentions his envy at the plot, the depth of characterisation and how one can come to care for each party of an opposing force. A great deal of research has also resulted in a credible background, and the necessary information about process and legal elements is painlessly (and informatively) presented.

What could so easily have lapsed into tawdry melodrama instead brews an escalating tension. So well have DeFillipis and Weir constructed both their leads that our sympathies are shared, and each setback they endure delivers an almost physical effect. Three Strikes is an absolute gem, and if you’re not familiar with it and enjoy crime graphic novels take note that it’s available second hand at ridiculously low prices.