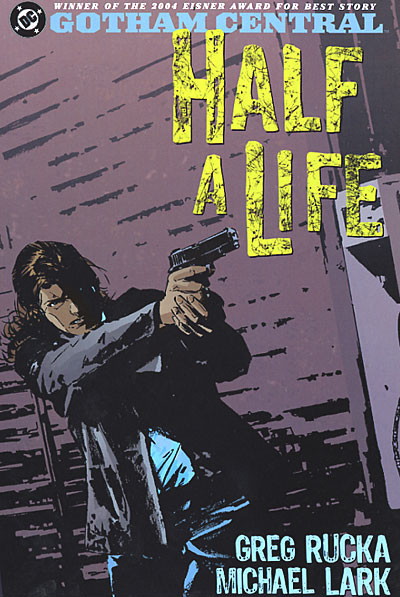 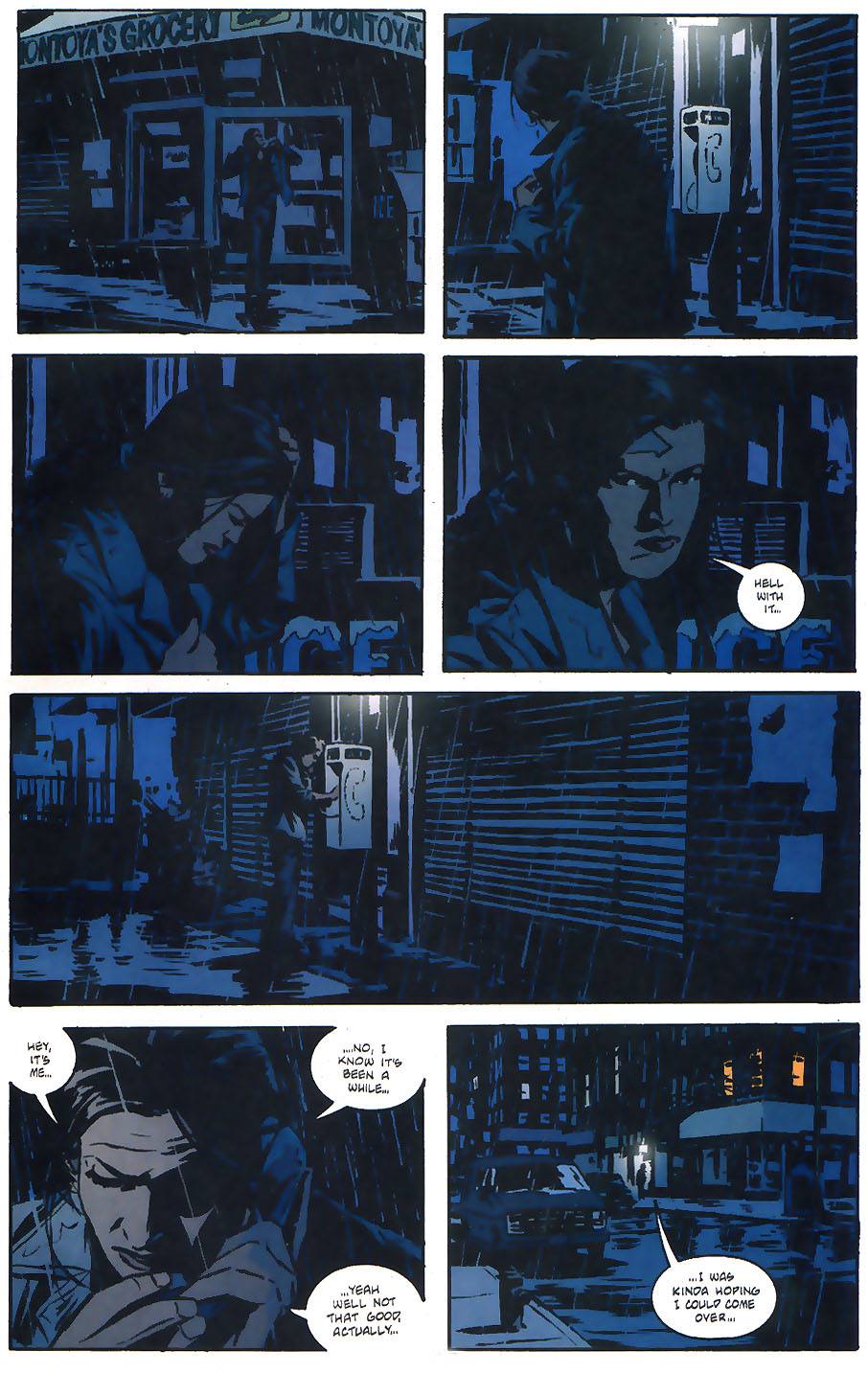 Gotham City’s Major Crimes Unit had been given a stunning introduction with In the Line of Duty, and the quality level is sustained with Half a Life.

This is a far more personal story than the preceding book, as Renee Montoya’s private life becomes relentlessly entwined with her occupation as a police detective. This is actually better read as part of the hardcover In the Line of Duty collection (which differs from the paperback). In one sense it’s nice to have some bonus content, but although written by Greg Rucka, it differs very much in tone from the title story. Furthermore elements of those stories rather point the reader in the direction of a mystery’s solution earlier than intended.

Renee Montoya is the highest-profile of the characters swept into Gotham Central, having featured regularly in Batman titles over the previous few years. The material reprinted here not from the Gotham Central series establishes her background as a Hispanic officer with a decent brother and caring parents. Their Catholic concern over her lack of potential husband perhaps oversteps the line separating caring and harassment.

There’s a reason for her lack of boyfriend, and this rapidly becomes public knowledge as the main story is set in motion as Montoya’s bad day begins when she’s served a court subpoena. This is from a rapist who avoided conviction on a technicality, attempted to stab her on arrest, and is now seeking damages. 24 hours later her life is tatters, with her secrets revealed and a murder charge hanging over her.

Greg Rucka’s detailed story is very satisfyingly constructed. He picks at Montoya’s life, sets up his plot in a manner consistent with what he established in one of the stories opening the book and delivers a fine kick to the teeth to conclude matters.

Artist Michael Lark is every bit as impressive as he was previously, taking on the difficult task of distinguishing an ensemble cast and succeeding very well. Jason Pearson and William Rosado on the other material are both good, but lack the gritty finesse that Lark brings to Gotham. The title story alone is five stars, but is slightly dragged down by that other material.

The next paperback collection is Unresolved Targets.