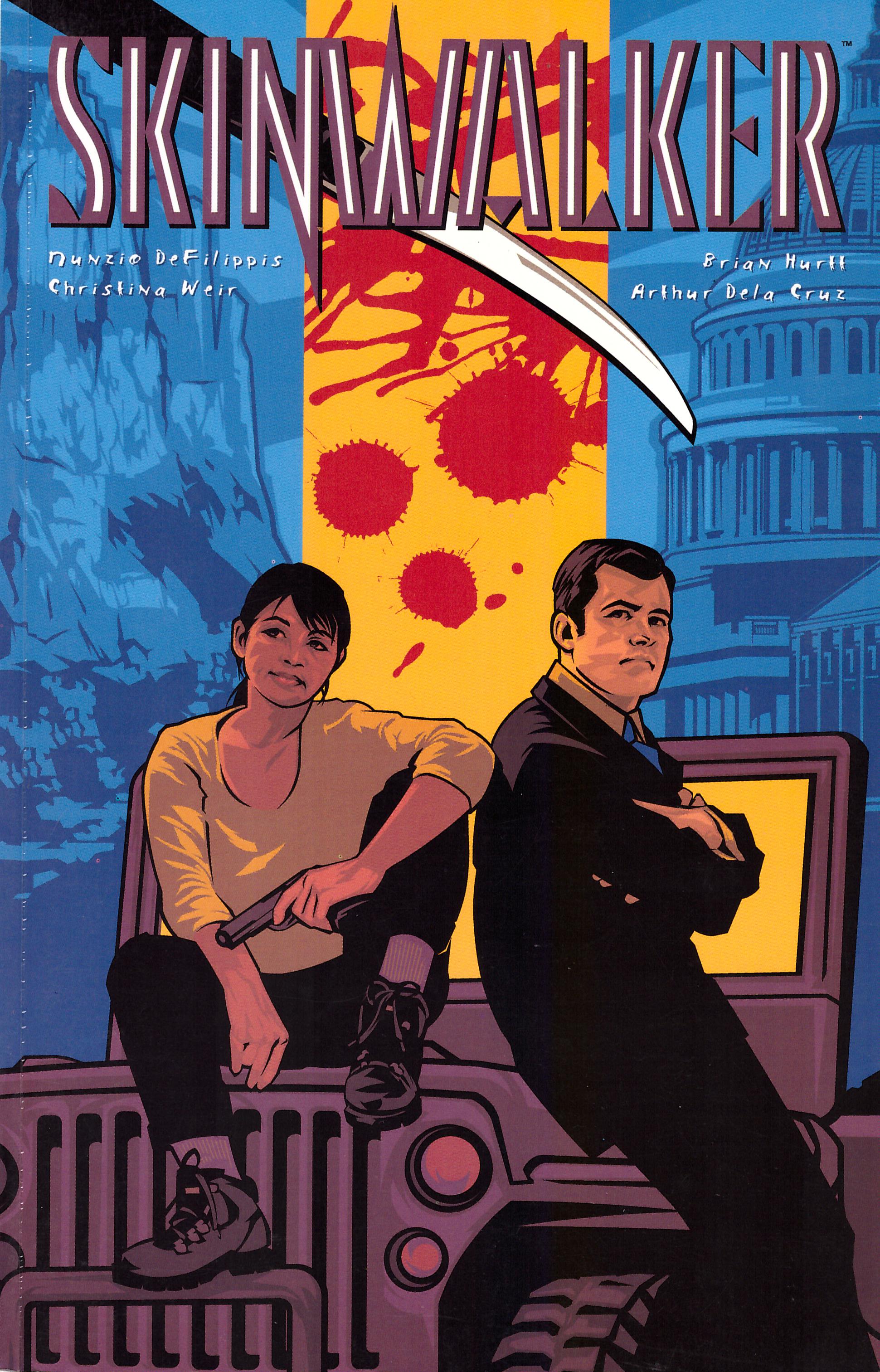 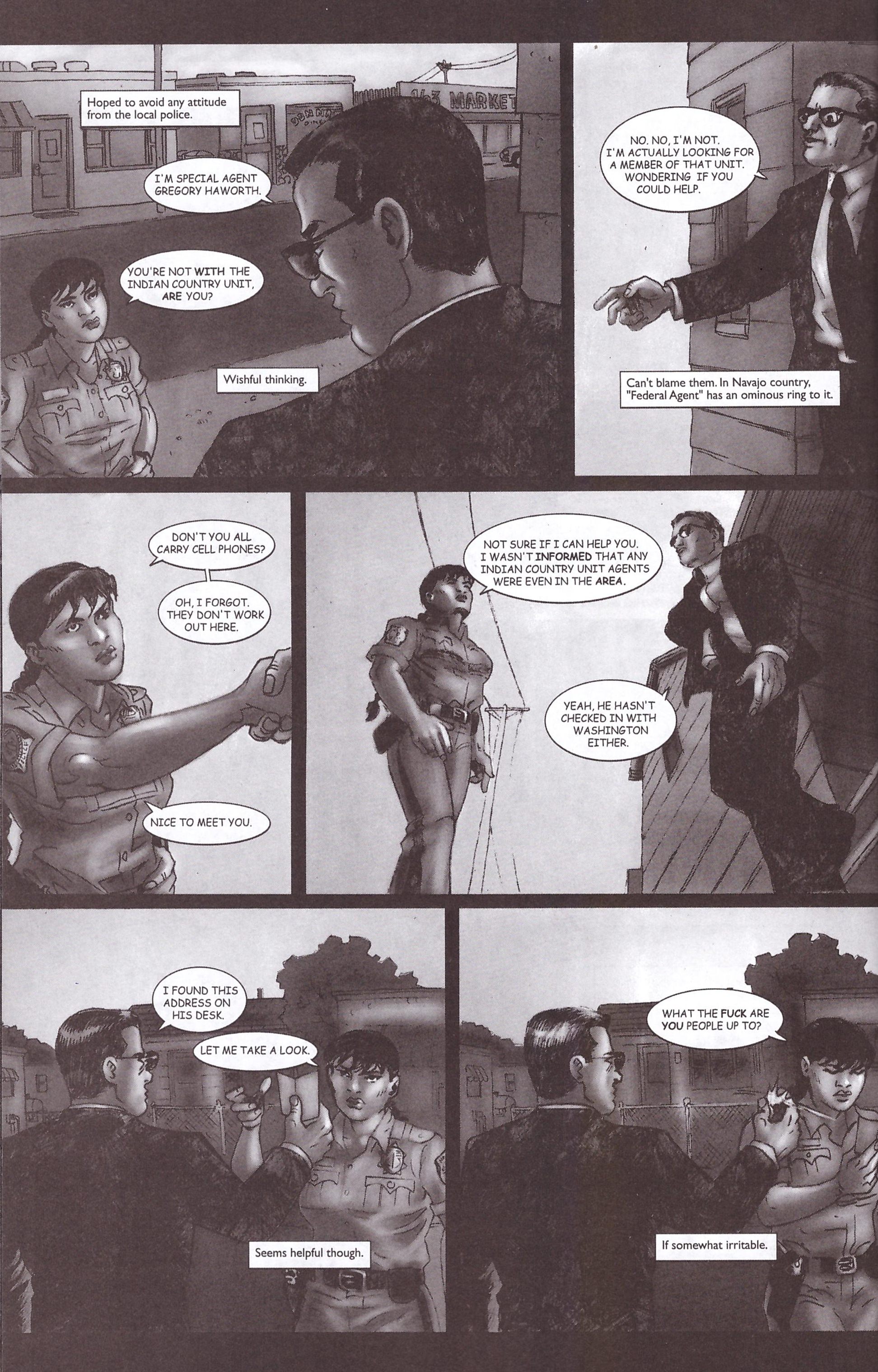 Skinwalker is possibly the best written crime graphic novel that no-one knows about. In terms of writing it’s right up there with the finest the genre has to offer. It’s creepy, it’s compelling, it’s horrific, the characterisation is note perfect and the pages turn like there’s no tomorrow.

Nunzio DeFilippis and Christina Weir start slowly, hooking us in with two narrative based character pieces. They establish agent Greg Haworth as a criminal profiler having a talent to match his ambition, and being promoted to the FBI’s behavioural sciences division, and Navajo police officer Ann Adakai, frustrated by tribal process when it comes to a local thug. They’re thrown together by circumstance, and have a combative relationship that starts off on the wrong foot via Adakai’s misunderstanding the situation, and her problems become the focus of the book. In Navajo legend a Skinwalker is someone who can transfer their identity from body to body via a gruesome process.

As Greg Rucka notes in his introduction, a great strength of Brian Hurtt’s art is his talent for ensuring people of varying ethnicities actually resemble what they’re supposed to be. He’s not an artist who peddles variations on a single facial structure. He’s also very good with facial expression and posture, establishing an emotional resonance, but this is countered by a choice to illustrate in greytones, which give a muddiness to the entire book. There’s also not enough variety to the viewpoints employed when moderately long dialogue sequences occur. Hurtt would become a very good comic artist, but he’s not quite there with Skinwalker.

De Filippis and Weir originally conceived Skinwalker as a film project, with a cinematic atmosphere provided by the landscape, and a constant tension provided by their fine plot movement in what becomes a story of investigative process faced with the unknown. It constantly squirms away from expectation. A secondary purpose is to highlight the derisive level of respect given by investigators to tribal culture and knowledge. The scenes of heavy-handed FBI agents knowing best and contemptuous of local knowledge, among them Haworth to begin with, are finely delivered without over-emphasising matters, and Adakai’s weary resignation is well conveyed. Contrasting and distrustful personalities are a great mix in fiction, and this is very well conveyed. The writers continue to use two narrative streams throughout the book, firstly giving greater depth to Adakai and Haworth pacing around each other, then useful as they work separately before a great dangerous final chapter scene together.

An indication as to the amount of thought invested by the writers in Skinwalker comes across in the bonus material. There’s an exact sketch of Adakai’s office in which the purpose and background of all items has been considered, and an extra short piece re-runs some scenes viewed in the opening chapter, but from a different viewpoint. It’s very effective. There’s also a glimpse into the process from script to finished page.

At the prices this fetches for used copies no fan of intelligent crime fiction can claim they’ve been duped, even if they disagree with this review. Skinwalker is a neglected gem. 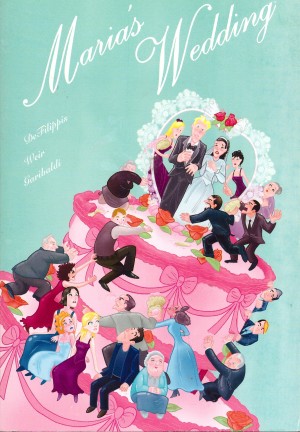 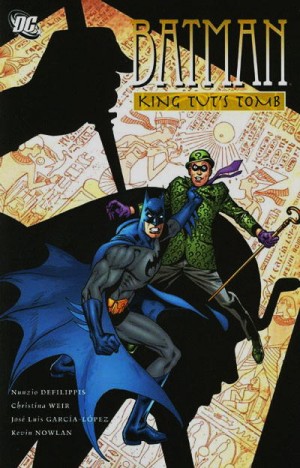