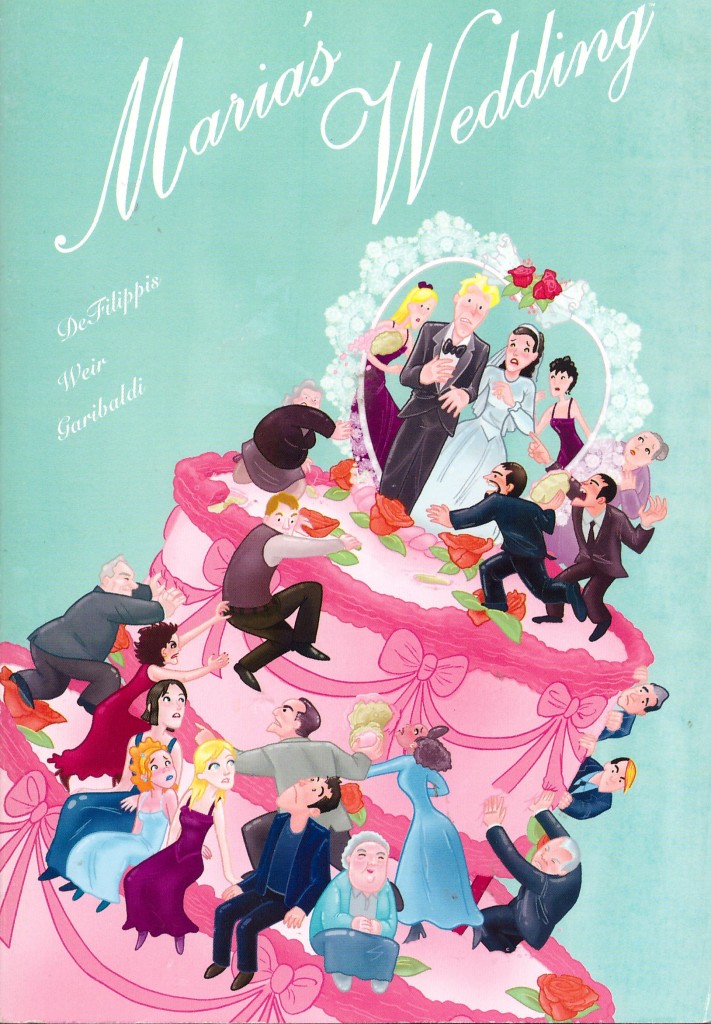 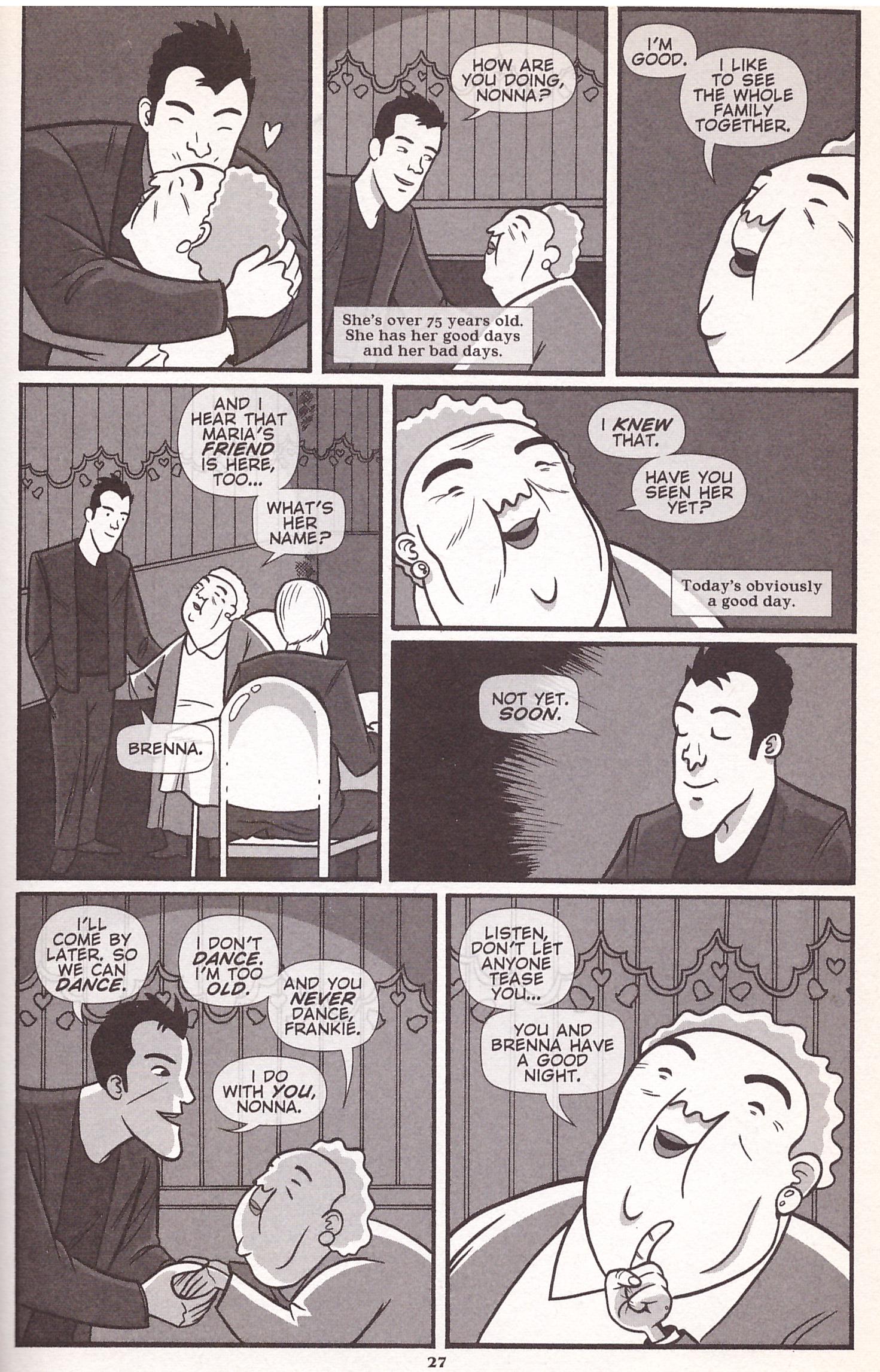 Family dynamics and feelings are tricky enough to negotiate at the best of times, and when you add the Italian temperament into the equation it ramps up difficulties. A year prior to the start of the main narrative Frankie Pirelli was best man at his elder brother’s gay wedding and delivered forthright remarks about family members who didn’t see fit to attend. As his first person narrative notes, it’s easy to make those comments when you’re visiting from LA and the remainder of the family is in New York. That fails to take into account that the entire family will be present at Frankie’s cousin Maria’s wedding the following year. An extra complication is that Frankie has a long-standing flirtatious but never fulfilled relationship with Maria’s best friend Brenna.

Almost the entire graphic novel is set at the wedding, and the writing team of Nunzio DeFilippis and Christina Weir wring maximum tension from the prevailing awkward atmosphere. This is not least because Frankie is aware enough not to let his big mouth ruin someone else’s occasion despite constantly hearing the hypocritical gossiping that occurs at any wedding. The writers pepper what’s a fine four act play with little words of wisdom, often from the most surprising sources, having established their cast well, and posessing a talent for comedy one-liners and comebacks that add to the feeling of knowing the cast. It’s large, and for anyone who might have problems, there’s an illustrated family tree at the beginning of the book complete with brief character assessments.

Jose Garibaldi provides elegant cartooning, and excels at the tricky cast of making sure every cast member can be distinguished when they’re also supposed to be related. It would be very easy to slip into gagging given some of the comedy sequences, yet the art’s dignified to the end.

Frankie simmers throughout and we surely know what’s coming, don’t we? Or do we? It’s not relevant as what makes Maria’s Wedding such a joyful read is the accumulation of small moments from the musical choices of the third-rate wedding band through to the realisation of what Maria might be sacrificing and the late disclosure of an elderly family member. These possibly accumulated anecdotes give the tale the reality that charms.

Before they began writing for DC and Marvel DeFillipis and Weir wrote several graphic novels for Oni Press, all markedly different in tone and all worth reading. Superheroes may have earned them more money, but intimacy is their strength.