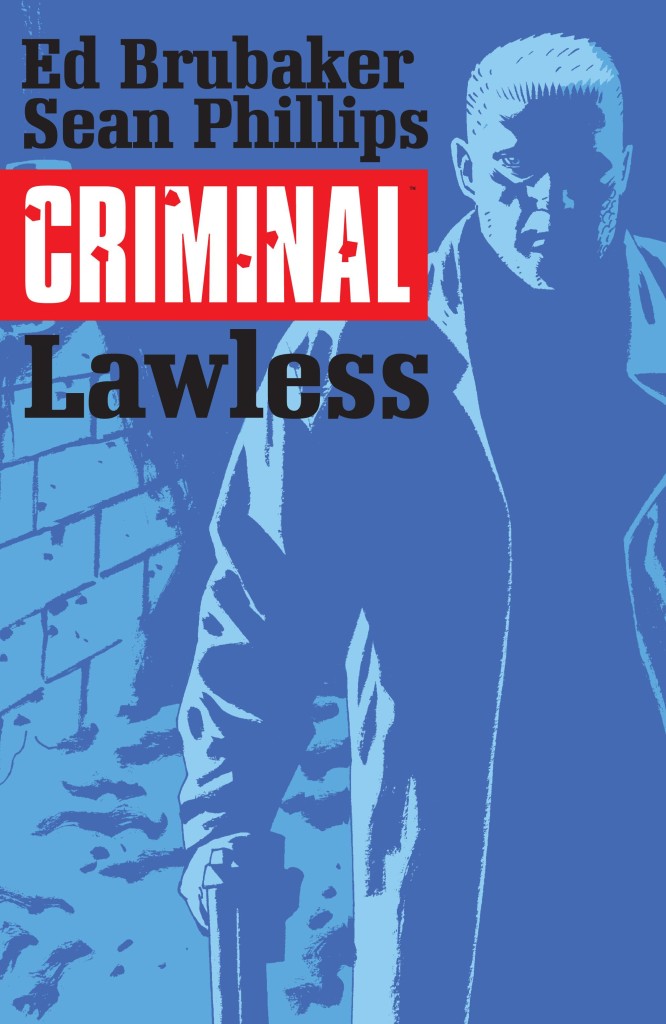 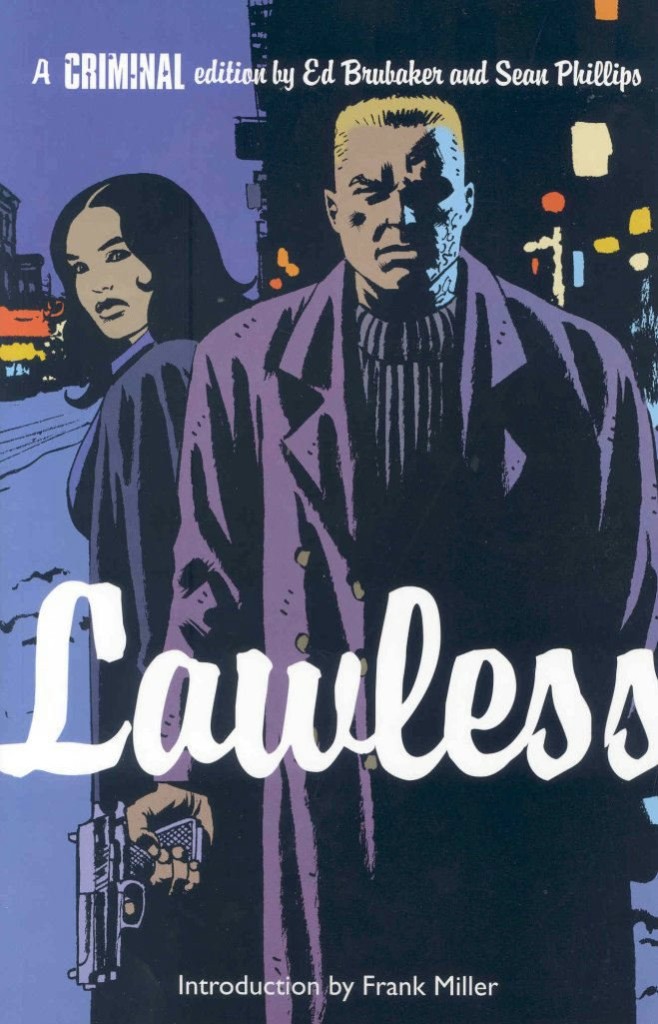 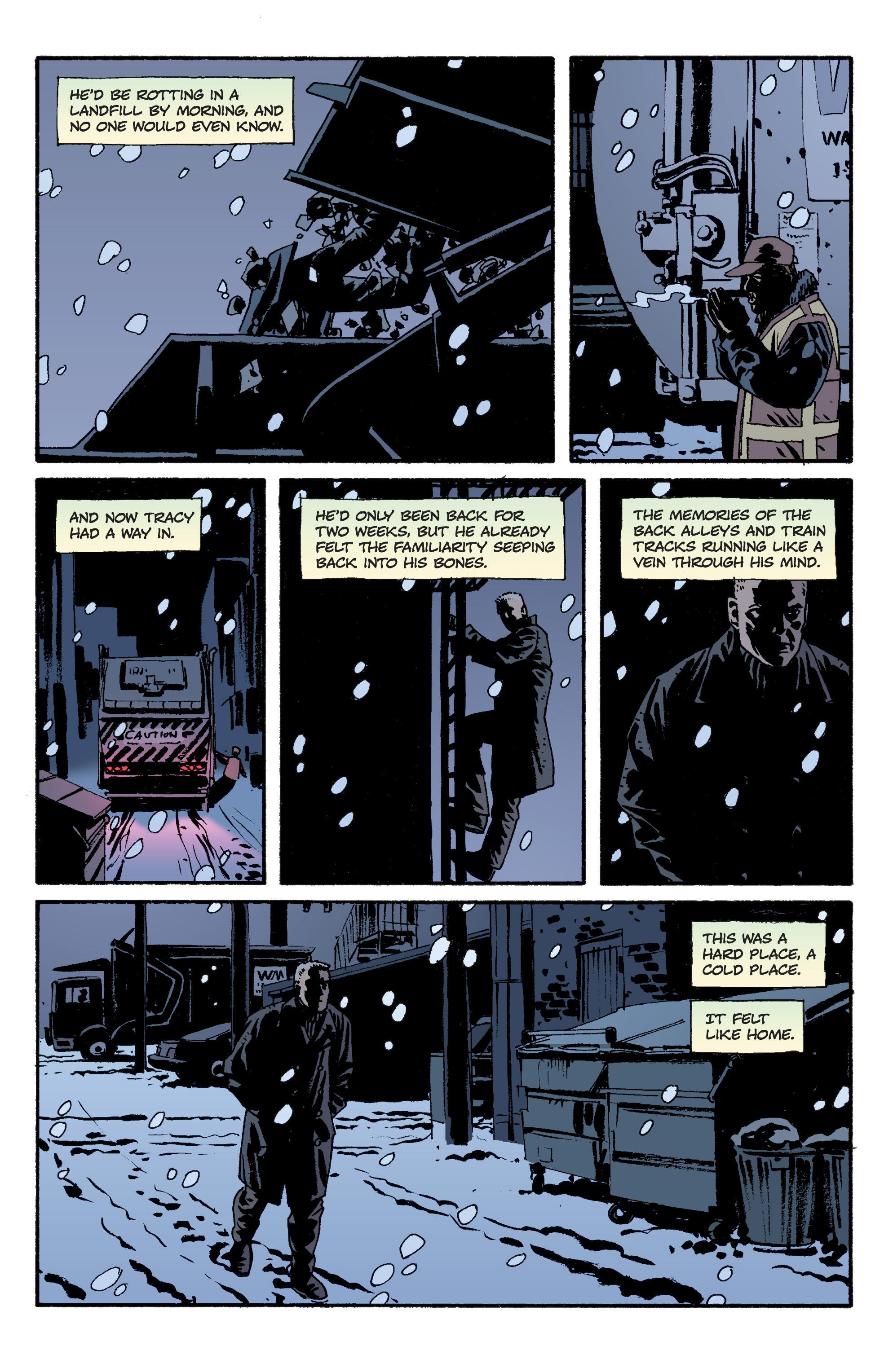 There are slivers of continuity connecting the seven Criminal books, but almost any can be read independently of another irrespective of whether a character recurs, although it’s recommended this is read before The Sinners. We do catch up with Leo Patterson, protagonist of Coward, but he’s just a bit player, as important to the main story as the recurrence of the bar he drank in. Meet Tracy Lawless. Leo was a meticulous planner, but Tracy improvises. Leo stood in the background, but Tracy jumps right in.

He’s an army vet is Tracy, a man with a past and one who’s paid for it, and by the time the army’s done with him his younger brother is dead. Tracy’s mission is to discover how it is that Ricky ended up face down in an alley, and who was responsible. He tracks down the crew Ricky ran with easily enough, and inveigles his way into their company as they plan a job.

Is Sean Phillips the world’s most under-rated comic artist? Based on his pages here and elsewhere there’s nothing he seems to have trouble drawing, and when it comes to real people in real locations there are few that match him. Having served in the army Tracy’s an exception, but no-one else here is supper-ripped. This cast actually wear their clothes, and they wear their lives. These are haggard, damaged people not expecting to draw a pension, and you’re utterly sure that’s the case the way Phillips draws them. There’s one odd slip into a slightly different style for a sequence set during Tracy’s childhood that would be better matching the remainder of the art. It’s not poorly drawn, just a matter of a different tone, and would be repeated to far greater effect later in Last of the Innocent.

It’s only after mulling the plot over that the slight convenience crystallises, which is Tracy being entirely correct that someone from Ricky’s old gang knows about his death, when there’s no great logic to that hunch. Ed Brubaker sells it well, like he sells Tracy well, psychologically revealing him via clever insights such as a liking for the snow before it’s trampled, the symbolism understated. The dialogue crackles. “Patience is a virtue”, Tracy is told when asking for information. “I’m pretty sure ignorance isn’t, though”, he responds. And the narrative captions seduce: “Tracy did get the answers he wanted, and a few that he didn’t, but it seemed to him that was just the nature of answers”.

By the end of the book all the whos, whys and hows have been addressed, not least how cleverly Brubaker’s constructed Tracy’s psychological profile and the connections it has. Lawless is even better than the very good Coward, and the series becomes better still with The Dead and the Dying. All three can also be found within hard covers in volume one of the Criminal Deluxe Edition.