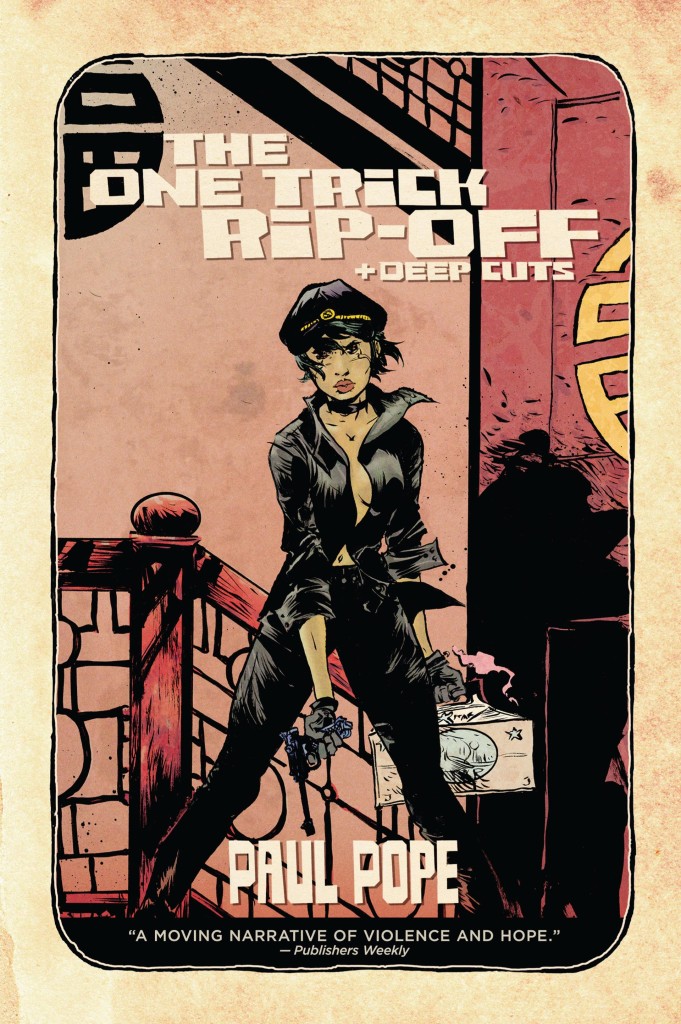 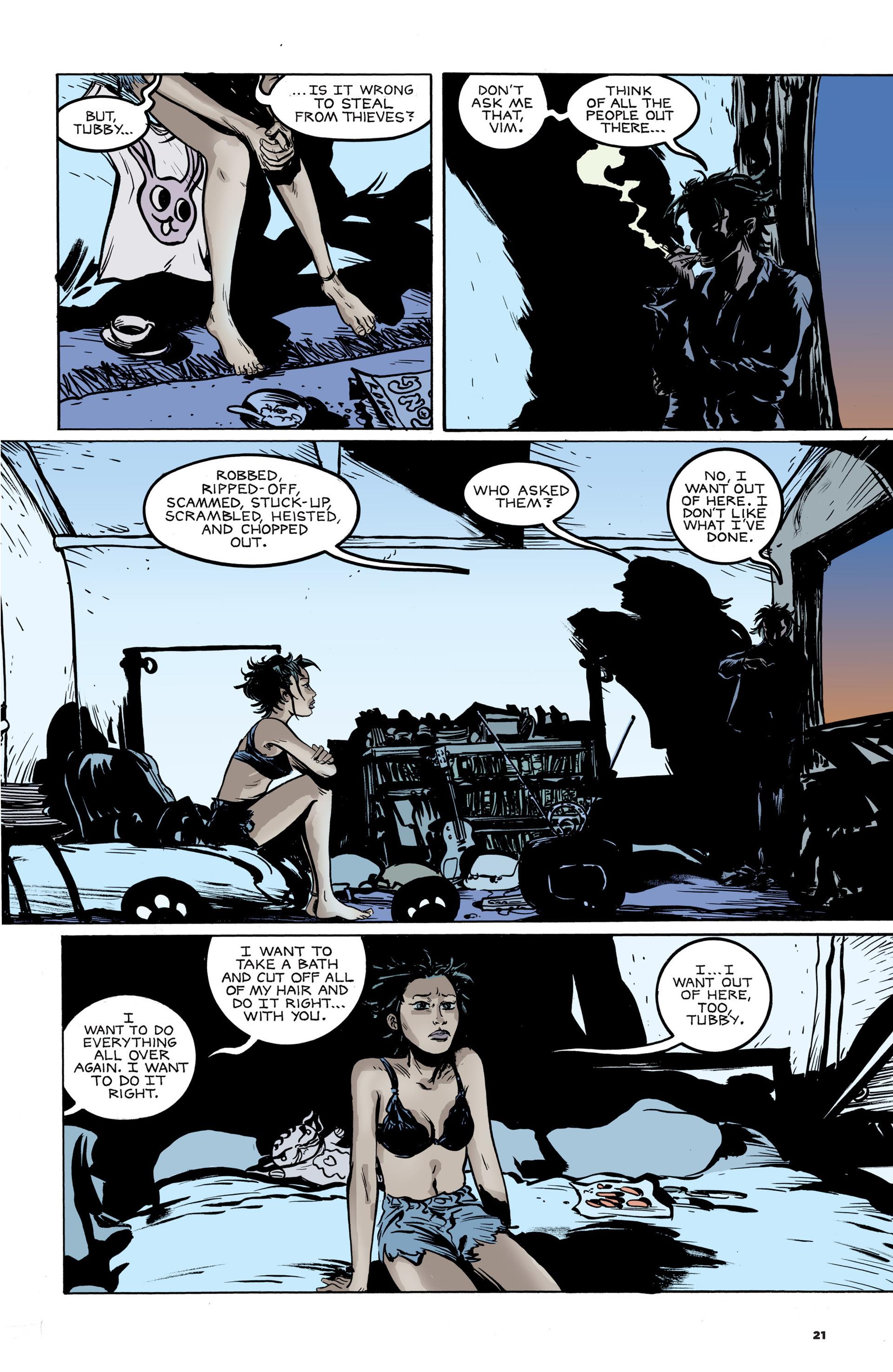 The One-Trick Rip-Off + Deep Cuts is a convenient one stop packaging of Paul Pope’s 1990s work for assorted anthologies, some of it seeing English language publication for the first time.

Pope has always been a restless spirit and a cultural sponge, never entirely attuned to the times or the mainstream, but therefore responsible for more memorable work as those pass.

As explained in the introduction, the question of whether it’s wrong to steal from thieves is the beating heart of the title story as Pope toys with the formulae of crime fiction. It opens with the run through of the plan and the exposition of hope, wrapped in the influence of Nick Cave, strong not just in the character of Jesse James and his deliberately evocative name, but in the world of creeping darkness Pope creates for his desperate leads. True Romance also figures high in the influences. After that Pope plays his cards cleverly. We’ve been fooled into believing this is set in our world, but he drops in touches proving this isn’t the case and unfurls his story in a leisurely manner. It’s classic crime noir, so we know something’s going wrong, it’s just how soon and how badly.

Sooner than we might be prepared for, actually. The impending sense of doom and disaster sweats over every page, with Pope’s moody art dragging us to an extended finale. That, though is a little too languid and over-mannered, with a strong manga influence to the storytelling. ‘The One Trick Rip-Off’ is stylish and atmospheric, an updated Shakespearean tragedy, but while brave and experimental it’s not fully engaging because Pope doesn’t spend enough time making us like his characters.

The remainder of the content, over half the book, is shorter pieces displaying a great range and versatility, and an unusually thoughtful approach from someone relatively early in their career. There are some indicators of age – adapting dreams and Rimbaud’s tortured poetry, but Pope’s 1990s reading list stretched well beyond into more obscure poets, and his adaptation of Francis Richardson’s ‘The Island’ is wonderful, given a Gauginesque sheen by Dominic Regan’s colours.

Of particular note is ‘Super Trouble’ originally prepared for Japanese magazines, but never published. It’s Pope’s variation on Ghost World, his cast less cynical and more sure of themselves, the characterisation apparently based on his view of his younger sister and her friends. It’s in decompressed Japanese style, concerning a bet on a food contest that takes on epic proportions.

The sheer variety and emotional variance of the shorter stories is remarkable, and were it not for Pope’s utterly distinctive art surely no-one would consider it the accumulated work of a single person. Three consecutive pieces illustrate the variety. The combination autobiographical/biographical ‘Story of a Girl with an Unpronouncable Name’ seeps repressed sadness, ‘Yes’ is a lost moment, and ‘Love’ presents a snippet of Sophocles on stage. Evocation is key to Pope’s storytelling. In the moment it’s almost inconceivable that fiction is a possibility, such is the resonance. That, of course, is the storyteller’s art.

His images are also infinitely memorable as they switch from the spartan countryside to the packed streets of overseas cities. His people are constantly in motion, always in a hurry, and his capacity for panel-filling detail will surely blind him one day.

It would be lying to claim everything works, but, hell, if you don’t try something you’re never going to know. The world of comics would be vastly improved if everyone possessed Pope’s restless spirit.