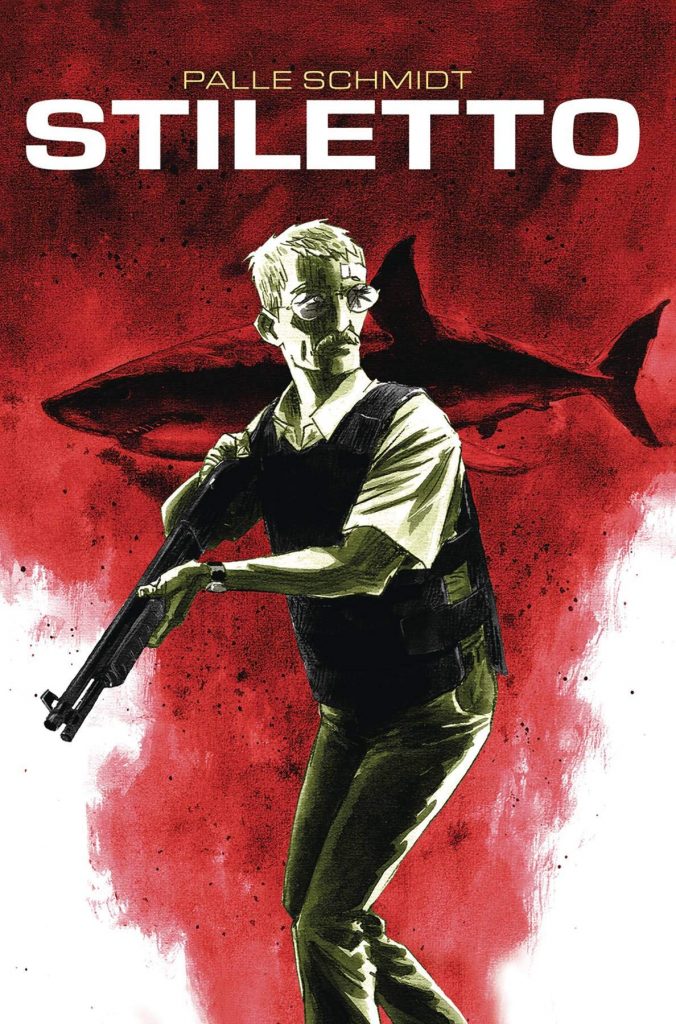 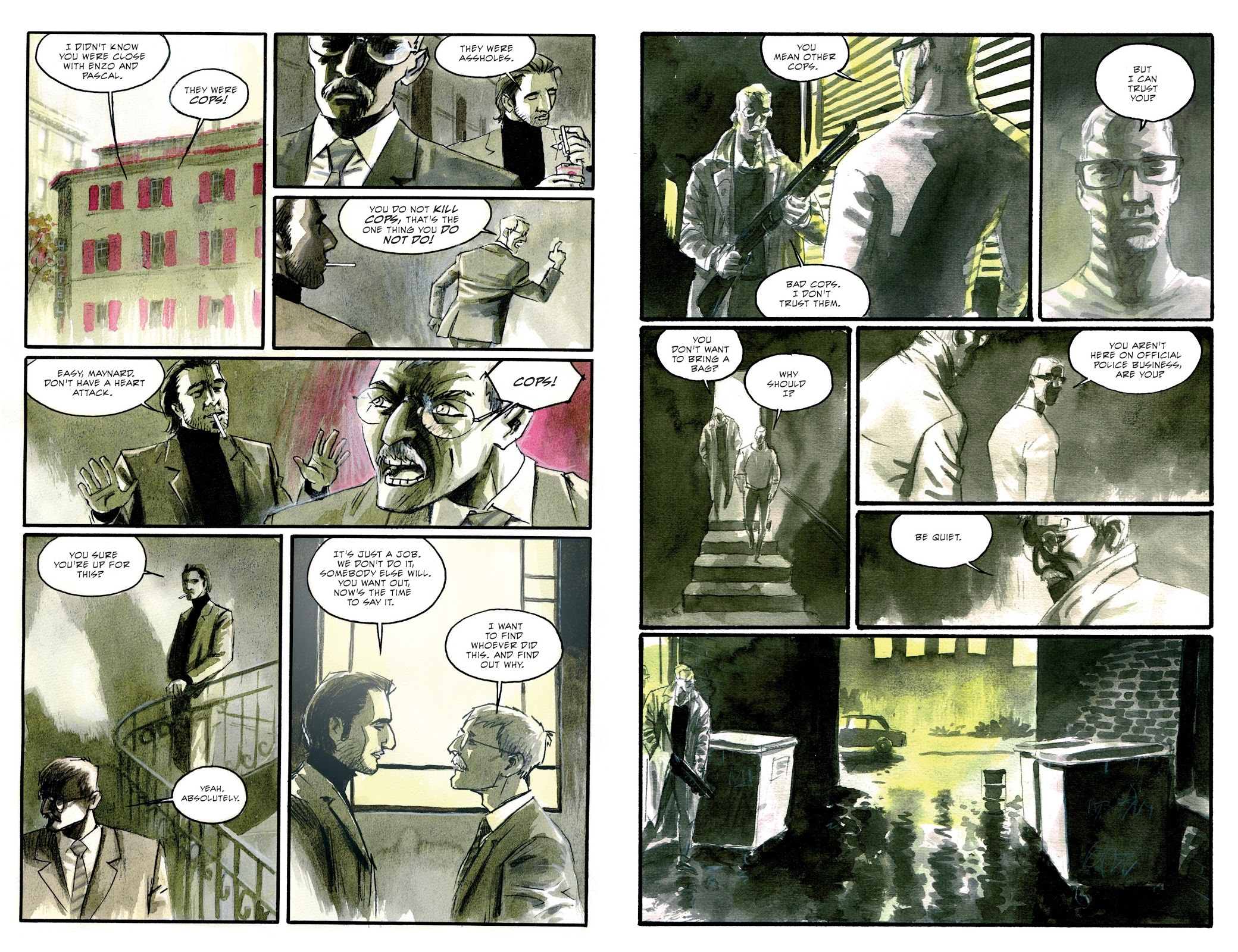 Stiletto is a procedural police drama with a twist, beginning when two policemen guarding a trial witness are murdered, and the witness abducted. Assigned to investigate the case are Maynard, a detective with years of experience and the attitudes of his early years on the force, while Alphonse Ruiz is more in touch with the times and has a laid back attitude. Both survived the events of Palle Schmidt’s earlier The Devil’s Concubine. Very early on they’re informed about suspicions of a leak in the police witness protection department, the culprit known as Stiletto, and tasked by the District Attorney of finding them, but informing no-one in the police.

It’s a nice set-up by Schmidt, and look back by the time he drops his big surprise a third of the way through, and it’s apparent how well motive and opportunity have been foreshadowed. We’re left with a story of someone in well above their head while the police department are on their trail. The only advantage they have is that the police don’t know who Stiletto is.

Although GPS and other devices indicate the present day, Schmidt’s worked hard to evoke the 1970s, with classic cars and fashions. He’s a constantly evolving artist, restless and unsettled, and his progression over The Devil’s Concubine and Thomas Alsop has been to pare back from what began as tight controlled pages earlier in his career. Stiletto has a looseness because Schmidt is far lighter on the inks than in previous work developing delicate, and sketchy, yet expressive figures. He overlays pastel watercolours as his shading, and as the tone of Stiletto changes, so does the colouring, with the constant accompaniment of blood stains well thought out. Process pages after the story discuss the approach.

Stiletto is a brilliantly tormented figure, running on instinct and adrenaline, conversing with the dead in his dreams and haunted by images of sharks heading for him. Schmidt pulls off the neat trick of eliciting some sympathy for him even as we’re run through what he’s done over the years, and he drives everything to a brilliantly cynical conclusion. Immensely satisfying and beautifully drawn, anyone who loves a crime thriller should pick up Stiletto.