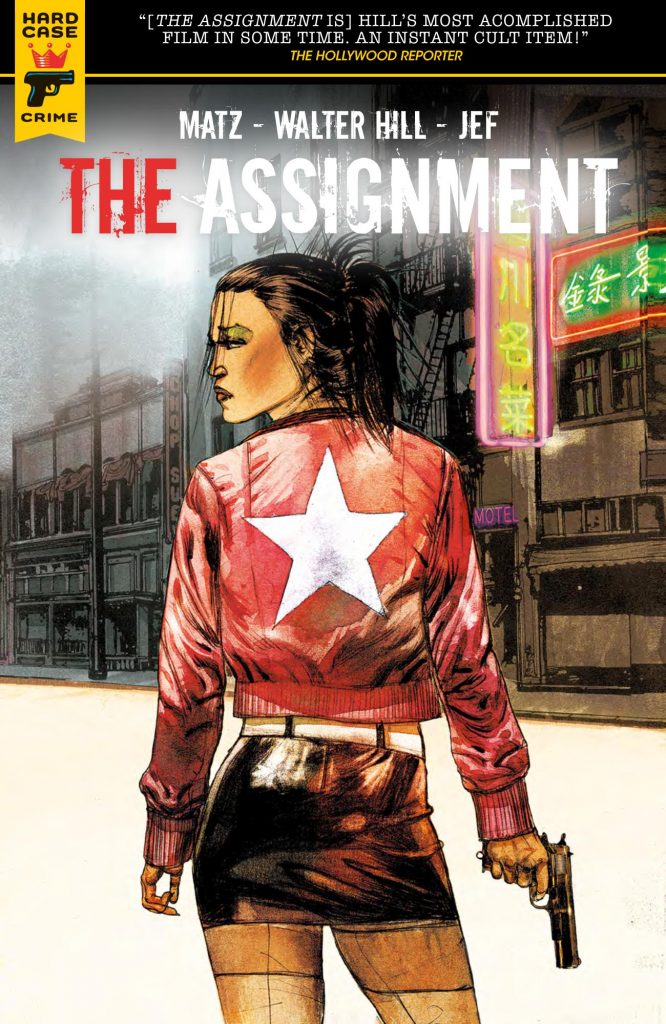 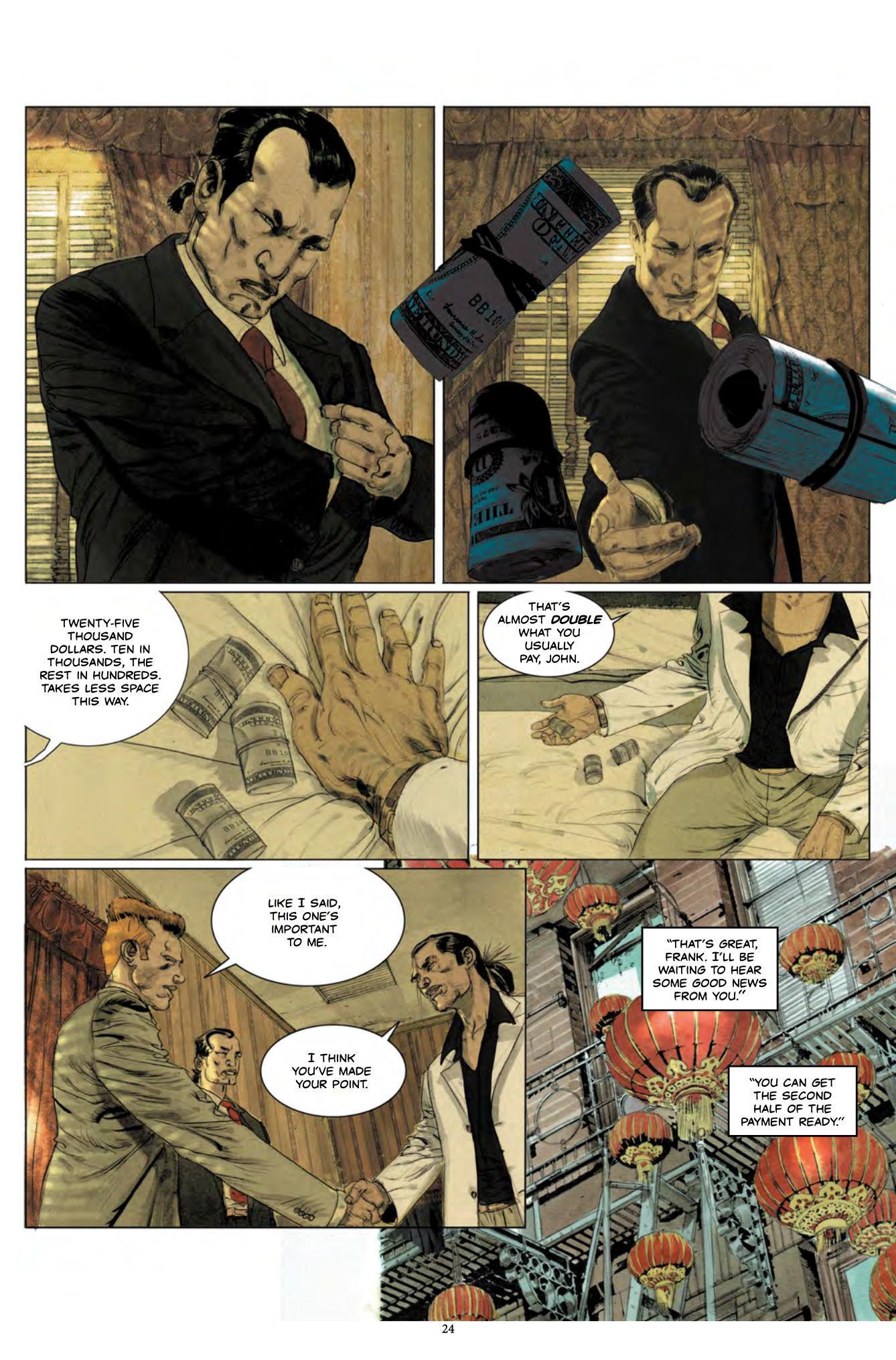 Filmed in 2016 as The Assignment, Walter Hill and Dennis Hammill titled their original screenplay Tomboy, and it’s not immediately apparent why that that’s the case as we follow hired killer Frank Kitchen around. He’s professional, efficient and without conscience. He has his foolproof method for keeping his money safe without using banks, and likes to keep a low profile, so uses the cheapest hotels where no-one will notice him or mess with him. The script is adapted by Matz (Alexis Nolent), who spends a leisurely first third of the book ensuring we know Frank so that when his troubles start they have a greater resonance.

Jean-François Martinez uses the alias Jef, and wonderfully ugly people are his speciality. Some characters are deliberately glamorised, but the majority vary from plain to hitting every proverbial branch as they plummeted through the ugly tree. He twists faces, distorts them until almost everyone looks like a sneering Klaus Kinski, and it’s an effective way of creating a disturbing world. His watercolour work sets the cast against gloomy backgrounds, and pulls a very noir story away from the shadows that would usually characterise it.

There’s no faulting Jef, but The Assignment is problematical. Just as Western society is becoming used to a gender spectrum, Hill’s plot trivialises the idea via a vengeful surgeon transforming Frank into a woman as revenge for killing her brother. It’s not a plot that holds up well, nor does it treat the topic with any dignity, sensationalism being the motivation, but in a way that causes offence on every level. It’s understandable that Frank would resent what’s been done to him, but now being forced to live as a woman, it’s as if all his former trade skills have evaporated. Until he suddenly discovers them again. If a point is being made about the daily indignities women experience, it’s ham-fisted, and neither does the relationship that eventually develops convince in any way other than titillation. Even excising all that from the plot, it’s still clumsy. Readers learn who’s targeted Frank, why he’s been chosen, and how the operation was carried out, yet that’s via a couple of police interview scenes that are pure info-dumps, and expository dialogue is hardly in short supply in other sections. It’s all very disappointing, and the final nail in the coffin is a ‘surprise’ at the end that only people reading their first crime graphic novel won’t see coming.

Matz and Jef adapt another Walter Hill script for the Hard Case list with Triggerman, which is way better.