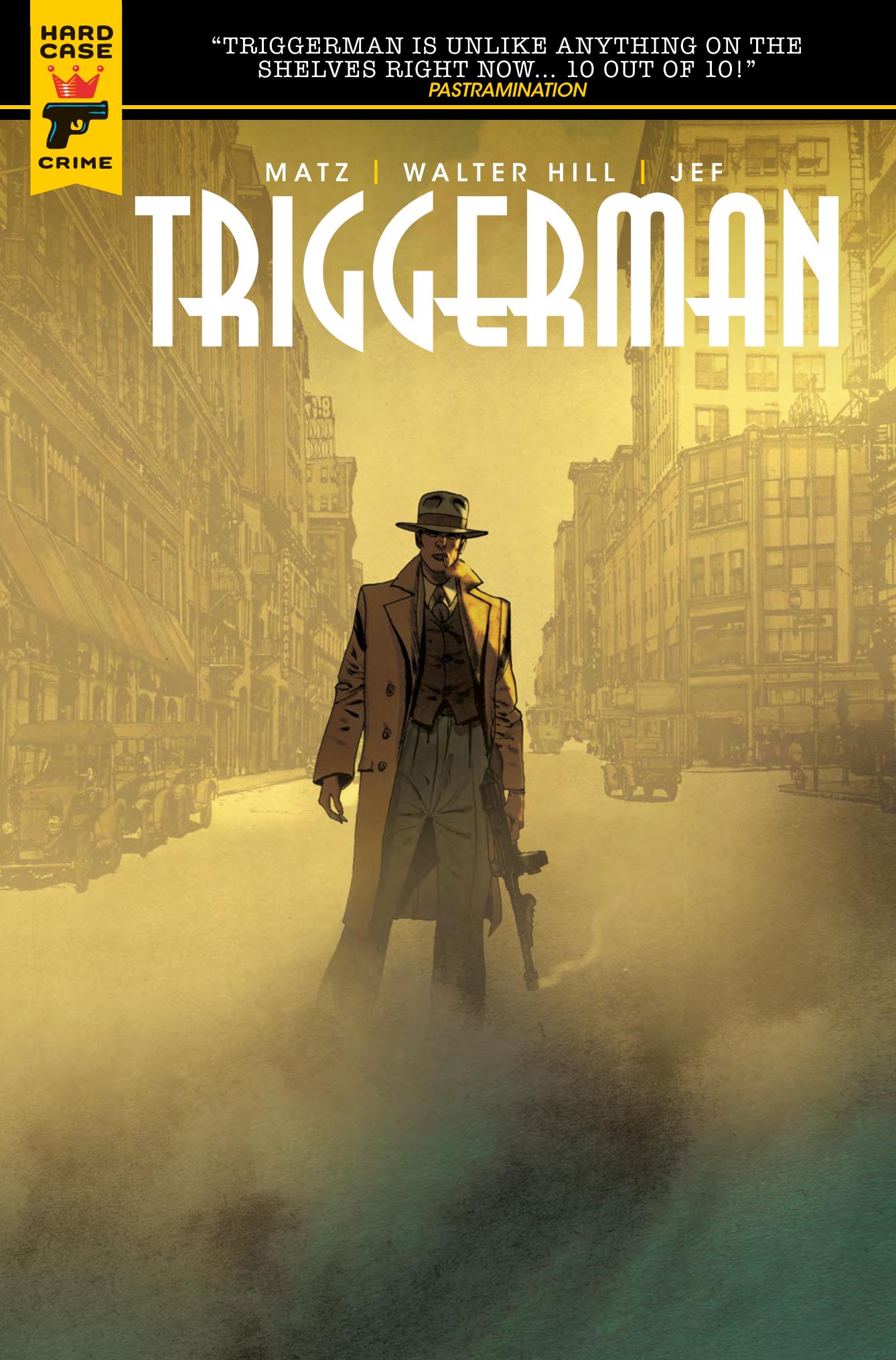 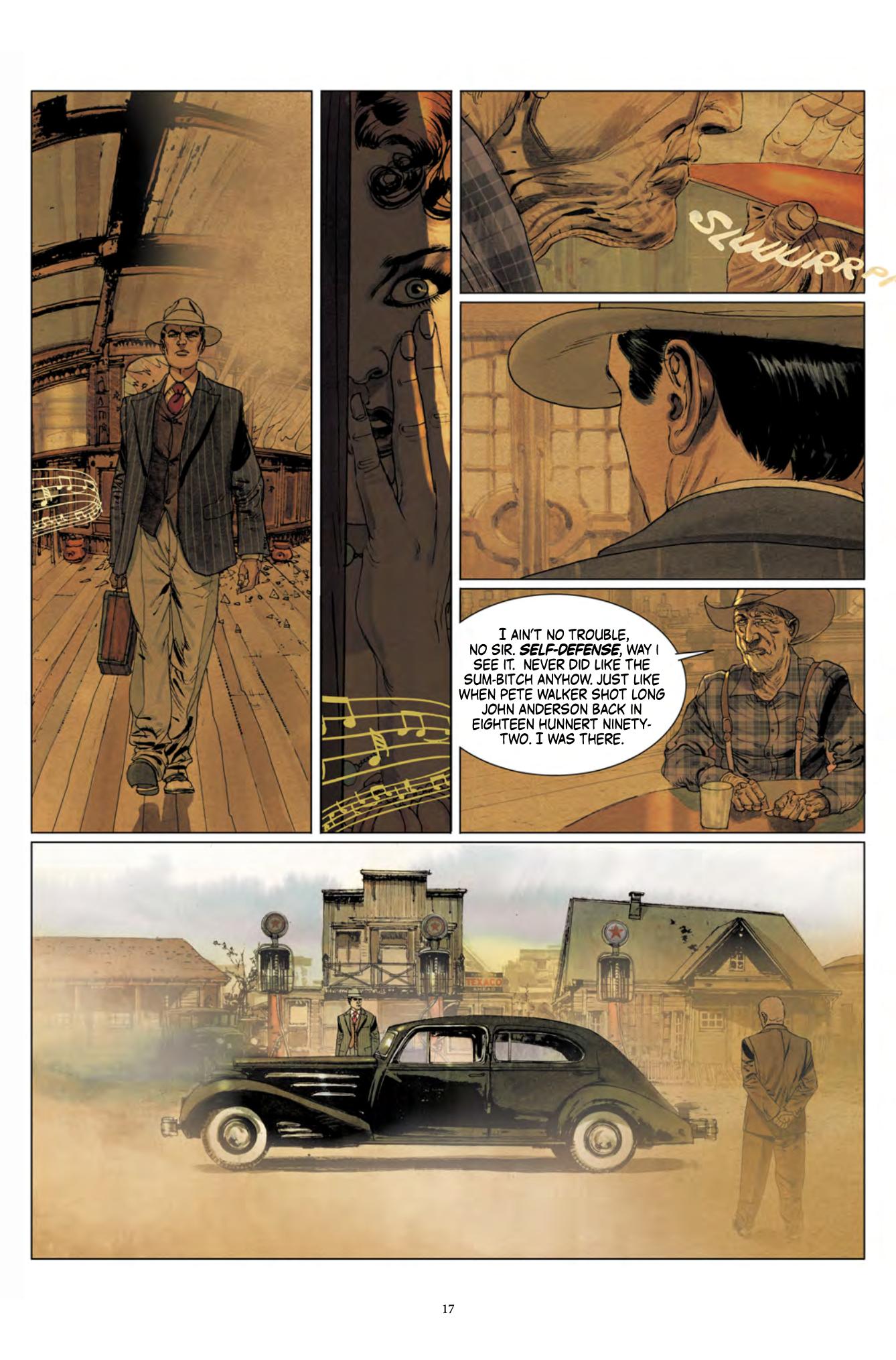 Roy Nash is a Chicago mob assassin in prohibition era USA. He’s recently been sprung from jail, given a new identity and told to fix the problem of three people who think they’ve escaped with a lot of mob money. As a bonus, one of them also ran away with a girl Roy’s keen on. He doesn’t need much persuading to take on the job.

Triggerman is a movie script of Walter Hill’s, written in the 1980s, but never developed into a film, which is about as much as Thomas Hantson can flush out of Hill during a brief interview presented in the back of the book. Hill’s interested in the period atmosphere, and the myth of the American gangster, but little else, so it’s possibly down to adapters Matz and Jef that it works so well. They treat Roy as if one of Clint Eastwood’s movie characters, men who say little, keep themselves to themselves and are pushed around by no-one. Those few words work well over the first half of the book as much of the storytelling is left to the art, on which Jef (Jean-François Martinez on his birth certificate), evokes a fantastic mood. He lovingly reproduces the architecture and cars of the 1930s, adding a sepia tone to his watercolour shades to further embed the period. He’s also fantastic at the presentation of the supporting characters, who contrast the lead players by being homely and resolutely ordinary looking with uneven eyes, saggy faces and funny little moustaches that ooze character, with Roy’s chauffeur a great design. Because Roy’s a man of action, Jef is very fluid in showing him beating people up in various locations, or alternatively being beaten up in various locations.

As the plot is straightforward with few surprises, the mood counts for a lot, as does Roy being not far removed from a force of nature. A few twists keep things from being too predictable, but it’s only really in the final reel that he takes that step into being the true tragic product of his times. There’s little sentimentality in the gangster’s world, and Roy’s certainly not due any.

The Assignment is another Hard Case graphic novel by the same creative team, but it’s far less satisfying.