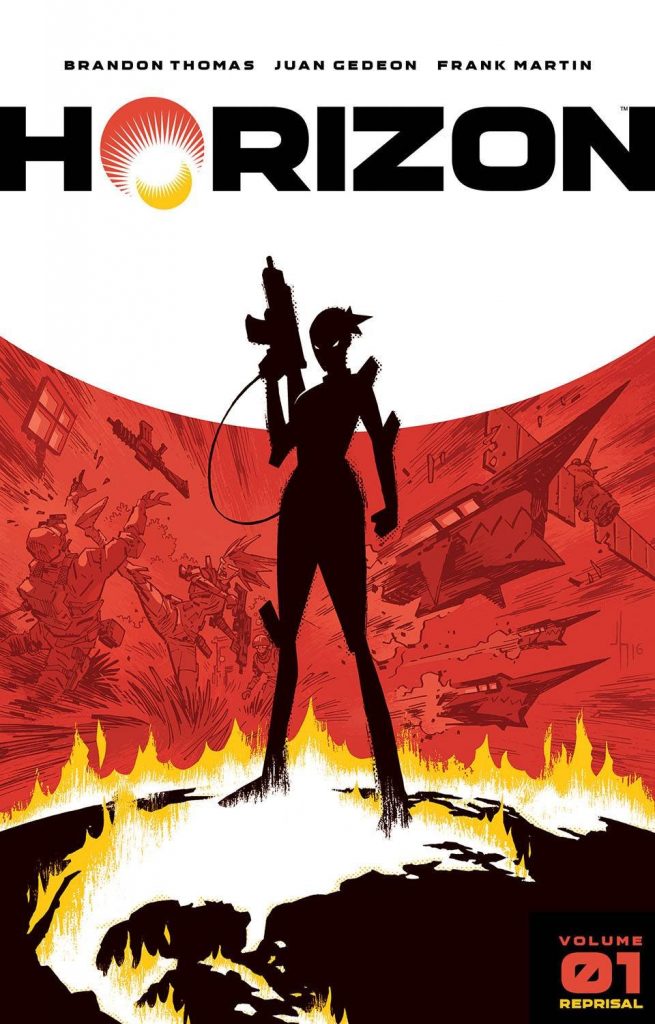 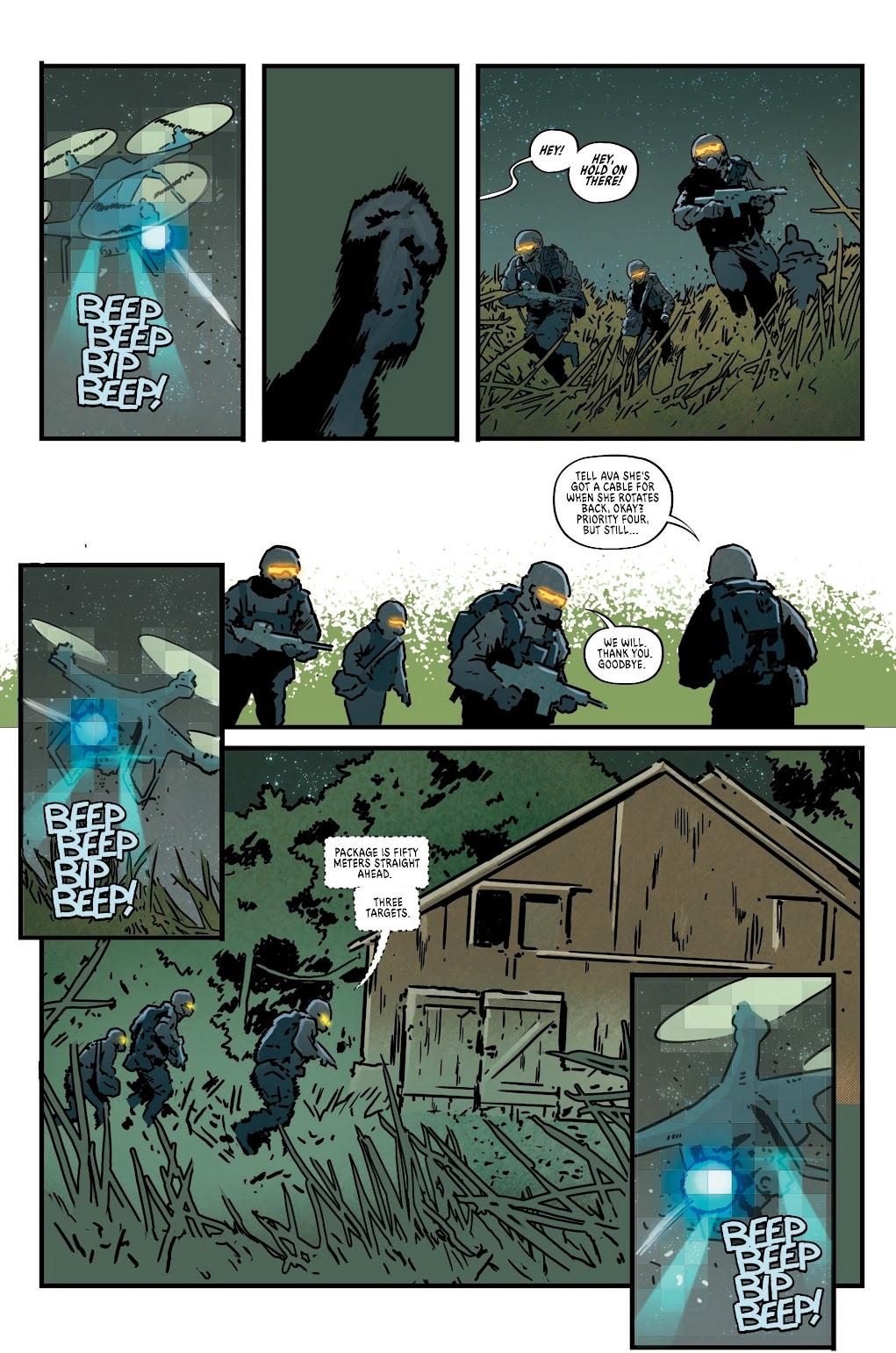 Horizon isn’t a series in which Brandon Thomas gives away the secrets easily. In fact the information supplied on the back cover synopsis isn’t actually revealed in this volume, so avoid it if you’d rather be carried along by the mystery and intrigue. One nice aspect is that although we’re led to believe it’s the case, there’s no certainty that the primary characters are the good guys. We’re shown Zhia Malen arriving on an Earth not too far into the future from our present, except things have declined considerably. It’s apparent that there’s been a great personal cost to Zhia, not the least of which is surgically implanted technology to aid her mission.

Zhia isn’t the only incomer, and the first chapters are spent introducing her colleagues, simultaneously conveying the extent of the technology to hand. This has an impact, but not as much as it might under a more imaginative artist. Juan Gedeon tells the story in a very plain fashion, and all too often the aspects of the art that catch the eye are down to colourist Frank Martin. The sample page is an example, although on other pages Martin’s colours are inappropriately bright.

That’s all a shame, as Thomas has put a lot of effort into building a viable world and technology that would transfer instantly to a game scenario, and it’s all smart. He doesn’t spell things out, counting on the audience being intelligent enough to figure out that constantly changing faces during an interrogation scene are technological protections against identification. There are scenes where the demarcation between past and present could be more clearly signalled, but the slow release of information is indicative of the way Thomas tells Horizon. The greatest clarity is that there are layers within layers.

Reprisal ends on a good cliffhanger suggesting the actual reprisal is far from over, and it’s difficult to imagine anyone reading this not making Remnant an essential purchase. 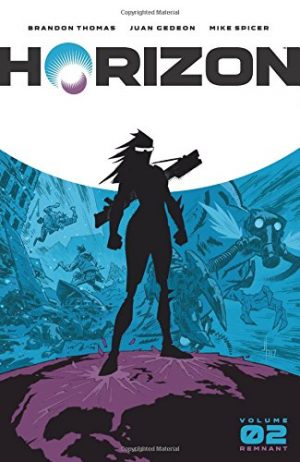 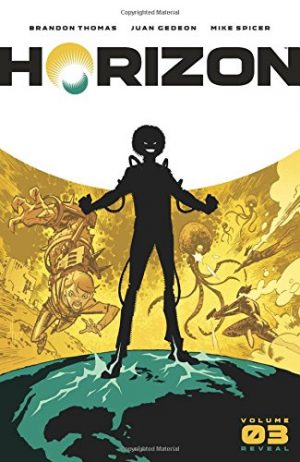 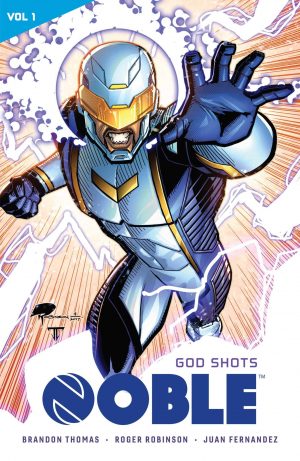