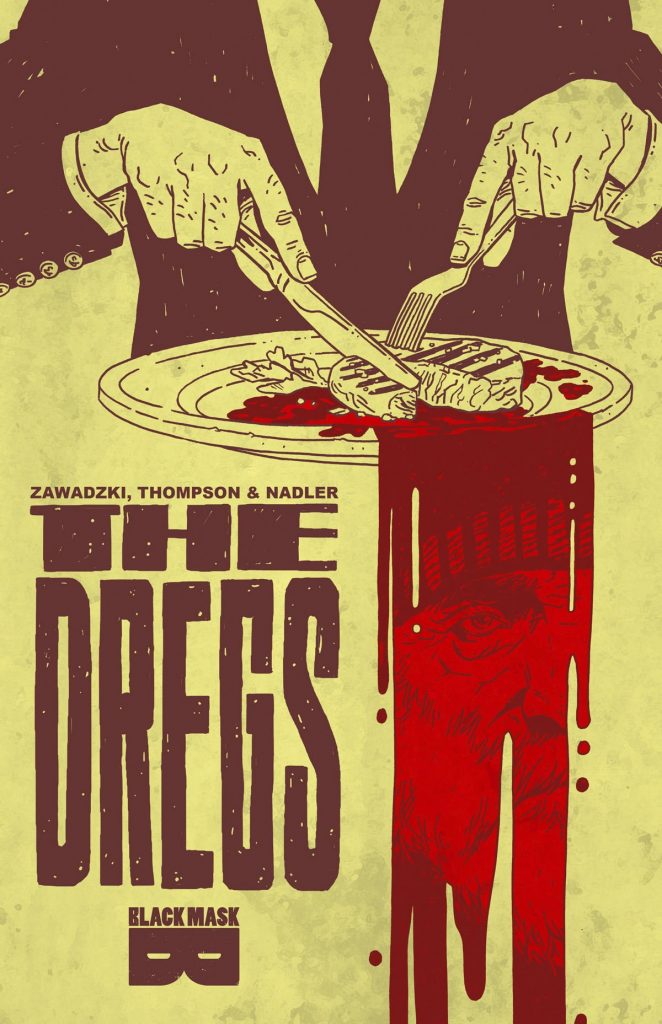 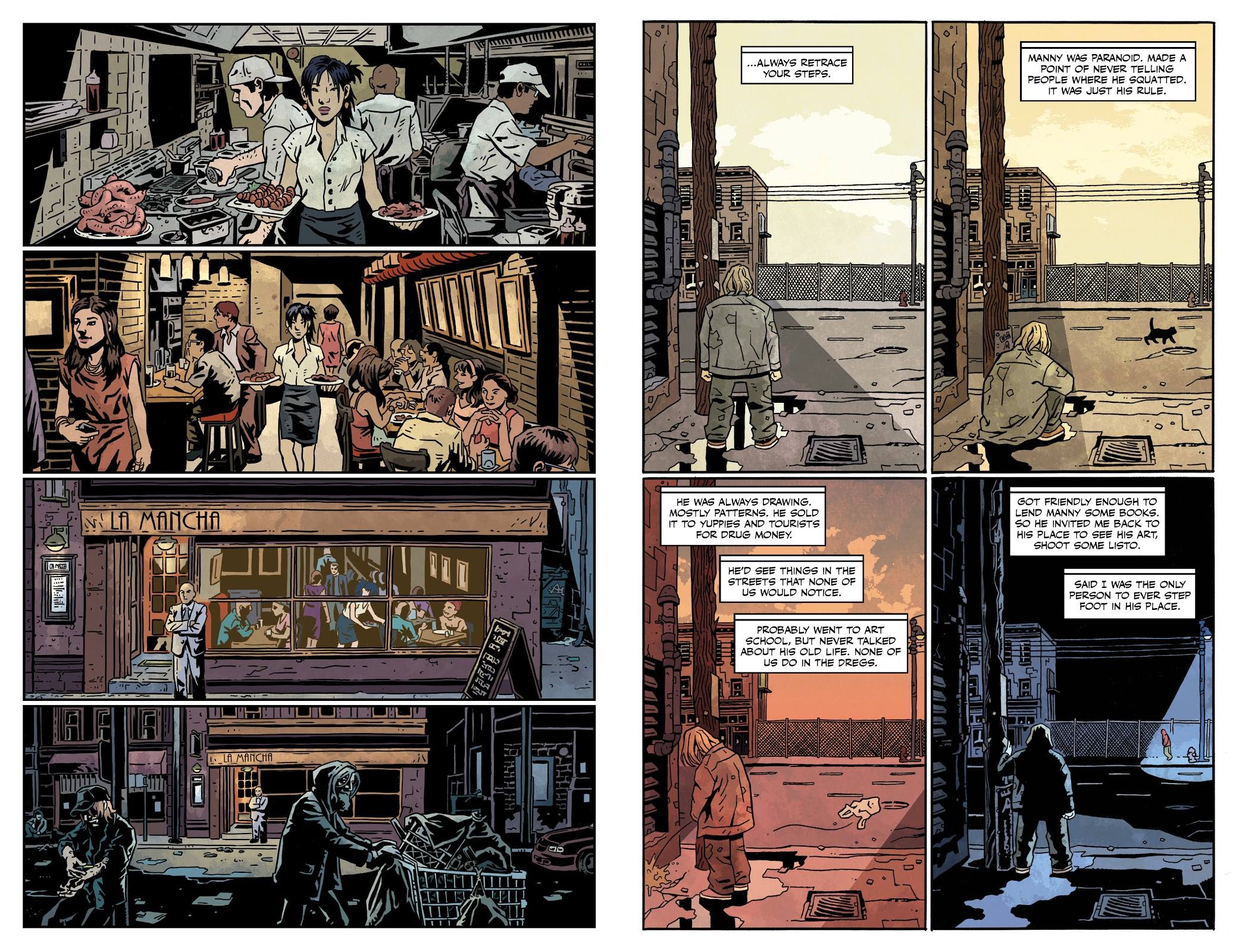 Eric Zawadzki’s beautifully drawn left hand sample art is the climax to a grim five page opening sequence establishing the fate awaiting the unfortunate homeless in Zac Thompson and Lonnie Nadler’s crime thriller. It’s a fate rough sleeper Arnold is unaware of when he begins a search for his missing friend, starting with the housing company who’ve acquired the block where Manny slept. That’s in an area of Vancouver colloquially referred to as the Dregs, five blocks where the homeless have largely been left alone as long as they remain there. Like so many urban poorer areas around the world, gentrification is heading their way.

Nadler and Thompson acknowledge Raymond Chandler’s Philip Marlowe several times in-story, and it leaves no doubt as to their noir intentions. Marlowe numbers among Arnold’s hallucinations, but despite these he’s streetwise and resourceful after years of homelessness, yet limited by addiction and failing health. Coupled with Zawadzki’s portrayal of a stooped and shambling man, we’re left in no doubt that Arnold measures his future in years rather than decades.

Arnold’s restlessness is mirrored by Zawadzki’s art. He’s disciplined, detailed, evocative and a great storyteller, but the occasional inventive page layout reveals there’s something even better trying to force its way out. There’s a spread produced as a spiral, a page as a city block, and unusual, distorted faces representing the way a stoned Arnold sees the world. Zawadzki’s regular pages are treat enough, but these elevate The Dregs.

First and foremost the writers are telling a very good crime story, but along the way they’re also opening many eyes to exactly what it’s like to be homeless. The Vancouver setting could be any major city where they’re routinely ignored, and each chapter opens with a suitably pithy quote from a literary great highlighting this and contextualising their modern day equivalents. Plenty of smart touches are supplied beyond that, such as Arnold taking random guidance by looking around, or his occasional companion representing the city itself. An unconventional, but appropriately unsentimental ending seals the deal. Nadler has more film experience than Thompson but both bring lowbrow cinematic sensibilities to The Dregs, brilliantly realised by Zawadzki, resulting in a great noir crime graphic novel.