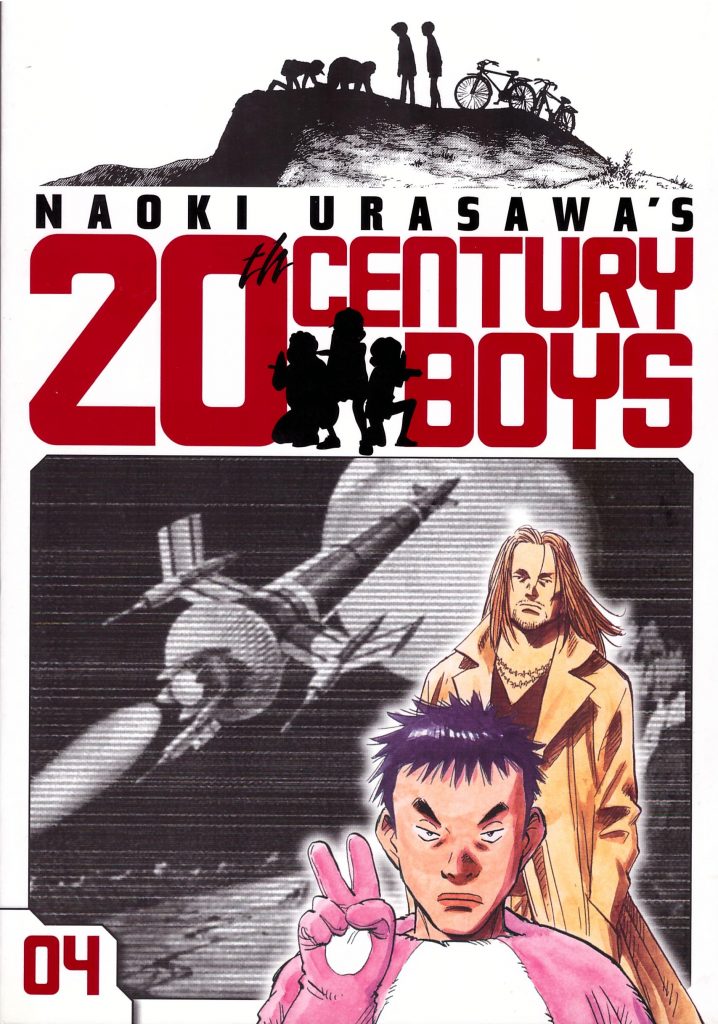 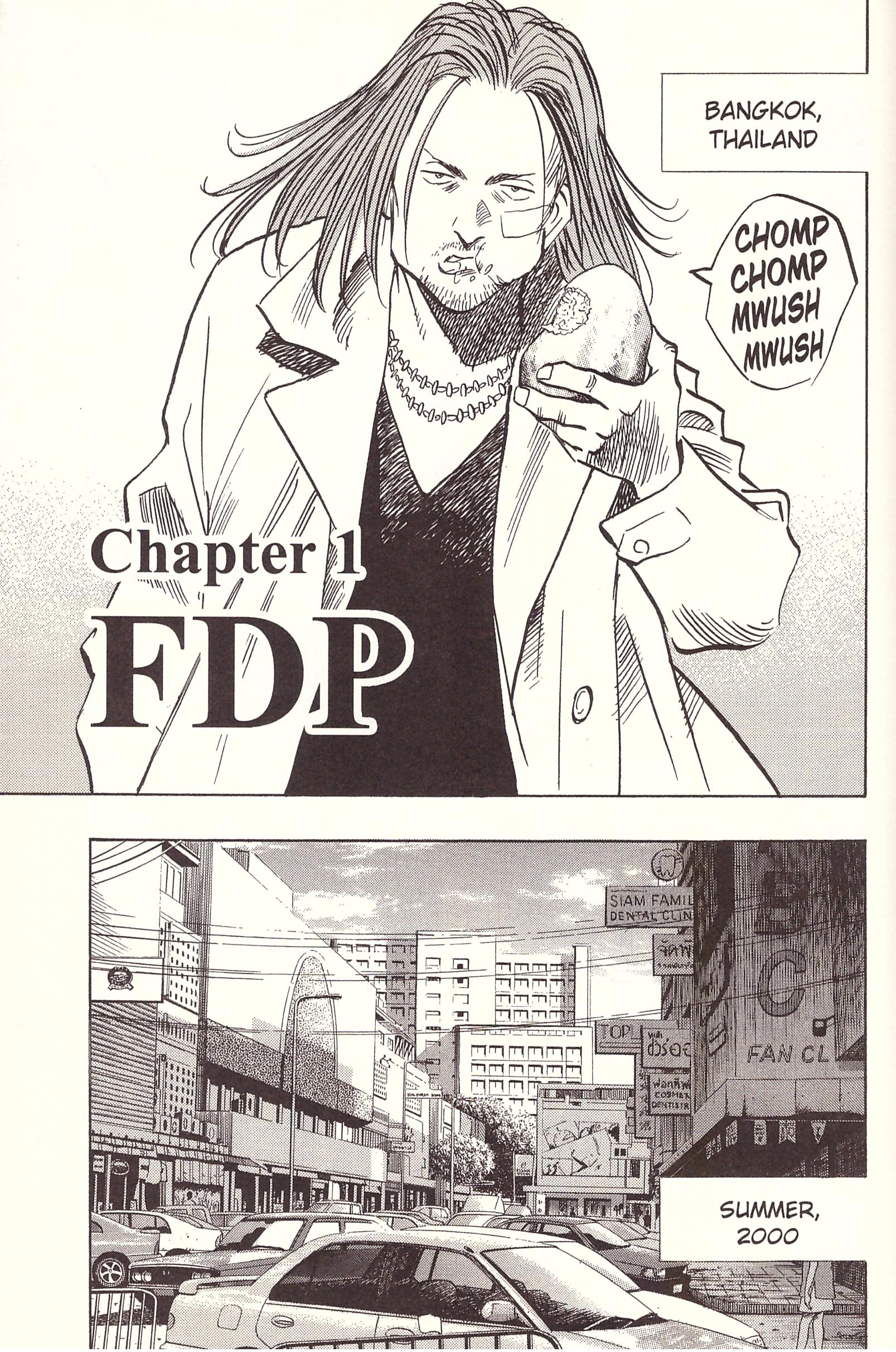 Until Love and Peace the primary character in 20th Century Boys has been Kenji Endo whose life has changed considerably since discovering that childhood fantasies he helped concoct in the early 1970s have been the basis for large scale criminal acts in the late 1990s. A cult led by a man only calling himself Friend is responsible. Naoki Urasawa has been very careful with timescales, and at the end of Hero With a Guitar, the action shifted to a mysterious thug, Japanese and known as Shogun, but working in the seedier parts of Bangkok. It’s Shogun who’s the lead player for most of this book.

Urasawa establishes early that Shogun recognises the symbol of the Friend cult, which identifies him as one of Kenji’s childhood buddies, and then ramps up the tension as someone we know turns up in Bangkok. Although for a while Urasawa teased readers with the idea that Friend might be Kenji’s childhood playmate Otcho, he reveals early here that Otcho has become Shogun, and the way readers are being led, that won’t come as any great surprise. There’s a need to shift the plot in a certain direction, to return the very capable Shogun to Japan with some motivation, but arranging this deals with melodrama all too familiar from countless film and TV shows. That present day events have jumped to the millennium is a useful storytelling device for Urasawa. He’s already established Friend’s cult as a growing organisation with some influential adherents in 1997, so it’s credible that three years later they’ve been established as a political force, with the Friendship and Democracy Party (FDP) even forming part of a coalition government. It moves the story forward without having to waste time on scene setting, and the few necessary details are filled in later.

A gap of a few years still exists between childhood and young adult, but we otherwise learn much about Otcho and his transformation into Shogun, necessary as he becomes one of the pivotal cast members going forward. The result is an interesting character, and with far greater capabilities than Kenji or any of his other friends, but the nature of establishing what he does shifts the mood of 20th Century Boys from a mystery into a crime thriller. This is underlined by the final chapters, when we learn the last doomsday device Kenji and his friends conceived as children. It’s the type of construction children would think of as fantastic, and Urasawa includes a funny sequence where a specialist is confronted with the idea and dissects a cornerstone of Japanese popular culture.

By the end of Love and Peace Urasawa is back on track. Otcho/Shogun’s presence greatly strengthens Kenji’s capabilities, but having planned for so long, Friend still holds all the resources and the upper hand. A challenge ends the volume, and Kenji must conceive his own plan in Reunion.

This content is combined with the previous volume as 20th Century Boys: Perfect Edition Volume 2.