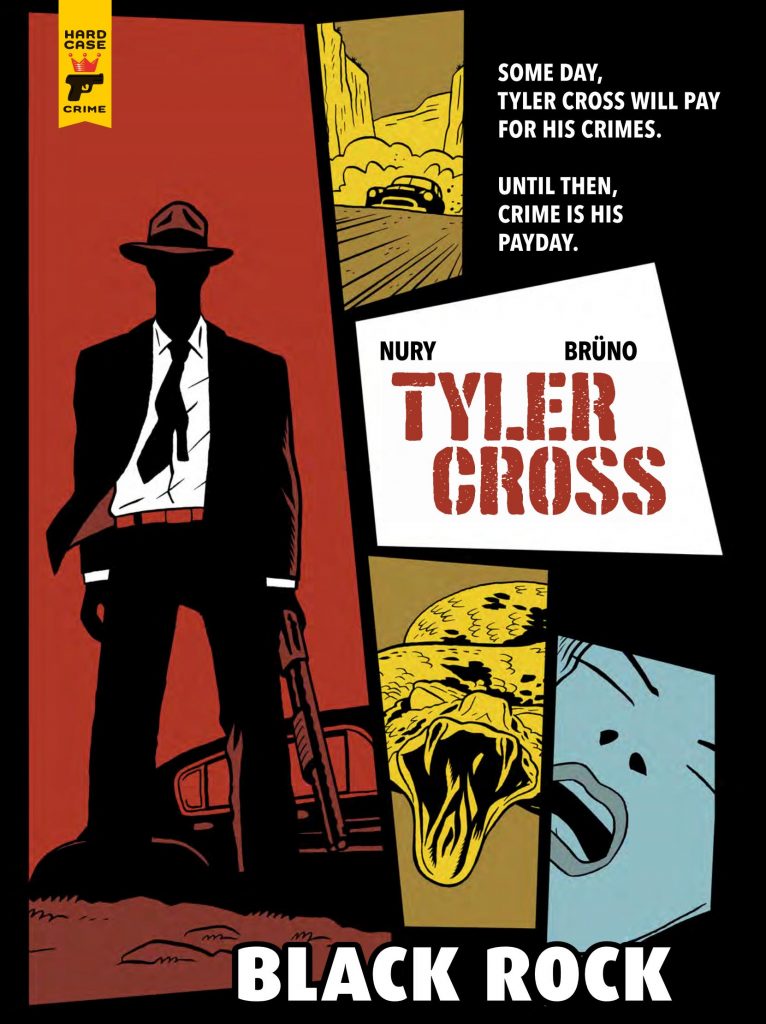 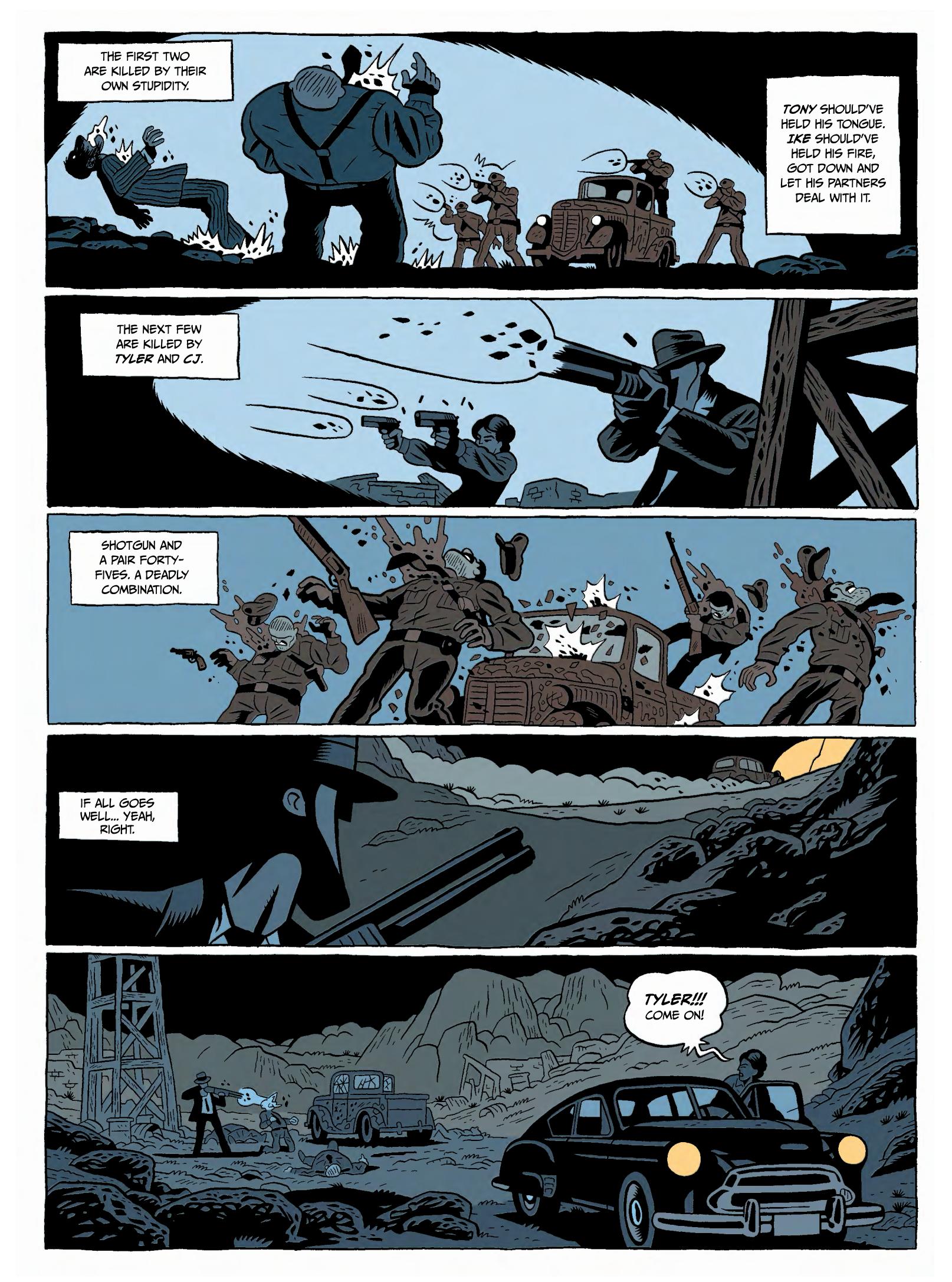 Tyler Cross is a 1950s American gangster, a sociopath seemingly without feeling or consideration, for whom the job is all. Those are valuable characteristics in his line of work.

Fabien Nury seems to have been greatly influenced by John Sturges’ classic 1954 Western Bad Day at Black Rock, using the name of the town and the theme of a stranger with a purpose arriving there and finding the most of the town’s population awkward and contrary. This is homage, however, not copy as Nury’s story is original. Cross arrives in Black Rock with a large package of dope, but with only 21 dollars and change to get him back home, while keeping his true identity and occupation secret is a priority. Circumstances force him to stay in the town, with the possibility that he’ll be revealed ever more imminent as his very limited funds are constantly depleted. It’s a very clever plot, not least in the way that Nury engages sympathy for an entirely unsympathetic character, and includes plenty of other nice little touches as Cross discovers Black Rock to be a town where Spencer Pragg and his three sons always get their way.

Brüno Thielleux only uses his first name for the cartooning business, although why he’d want to hide his light under a bushel is anyone’s guess. There’s a simplicity about the art, sometimes reminiscent of Gilbert Hernandez, and despite the occasional strange indulgence such as the sheriff having a chin shaped like a boot, Brüno serves up a smoking atmosphere, styling the cast so we know their personalities just by looking at them. Cross is dark and brooding, the Sheriff an idiot who rules by his father’s intimidation and Stella has something within her waiting to be set loose.

Dark twists and a pernicious history are embedded in Black Rock, and Cross’s arrival is the spark needed to set the tinderbox alight. A force of almost biblical vengeance erupts, but Nury ensures that’s just the calm before the storm as he keeps cranking up the circumstances amid so many delightful touches, with the unconventional revenge topping the list. Nury and Brüno will grab you by the throat and only let you go on the final page. They’ve produced two further Tyler Cross graphic novels, and a translation of the even beeter Angola followed from Hard Case in 2019.