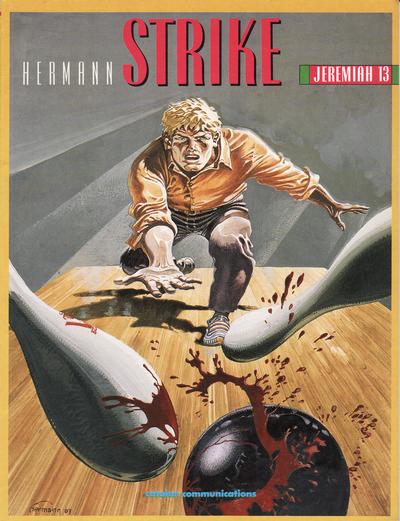 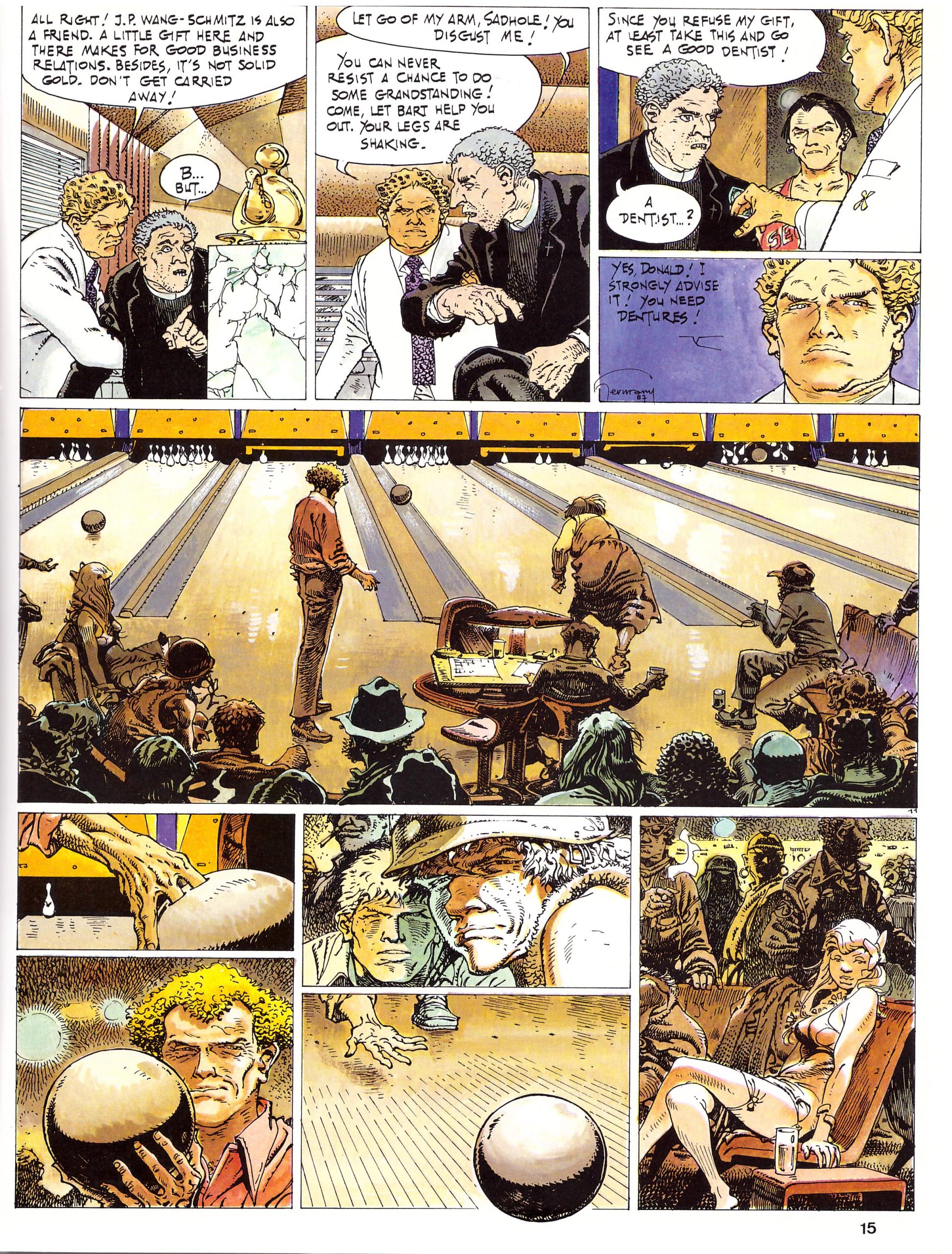 Following the post-apocalyptic European thriller series Jeremiah in English is a thankless task even if you can locate expensive second hand copies. Accounting for digital translations, only a dozen of the 38 books have been translated at all. The only bonus is that once familiar with the general scenario, it really doesn’t make a lot of difference which order you read the books in.

Strike is Jeremiah’s thirteenth story, by which time Hermann has moved his world along considerably from the old style Western. It’s still fractured and largely lawless, while Jeremiah and Kurdy still find trouble everywhere they go, but in terms of the society supplied in Strike, there’s little difference between Jeremiah’s world and the late 20th century. Jeremiah and Kurdy have tipped up at a town with a bowling alley, where Jeremiah discovers he’s a natural, to the point where Kurdy’s willing to take bets on him against anyone who wants to challenge. The owner is revealed early as crooked, yet also as having a complex relationship with both the traditional local pastor and a religious cult. They’re seen parading through town in distinctive yellow robes, and frequently soliciting in the bowling alley and its associated premises.

Hermann populates this limited world with an extraordinary looking primary cast, each of them distinctively designed and consistent throughout the book. No separate colourist is credited, so it’s likely to be Hermann’s own colouring via what looks like acrylic paints. It’s bold and vivid beyond what most people would use, yet very effective, along with some nice silhouette panels. It’s all the more surprising because Hermann would later settle on muted watercolour shades as the primary look.

This isn’t the first time Hermann has pinpointed cults as corrupt and villainous in the series. Here a recipe for trouble has deliberately been introduced, and Jeremiah’s sense of fair play is activated when a young woman is recruited by the cult. The ending is astonishingly rapid and astonishingly good. The clues have been dropped beforehand, and it all makes sense, so is masterfully worked.

Contrasting almost every other English language reprint of Jeremiah, as of writing second hand copies of Strike can still be bought at a reasonable price. The next available English translation moves forward seven volumes and almost a decade for Mercenaries.