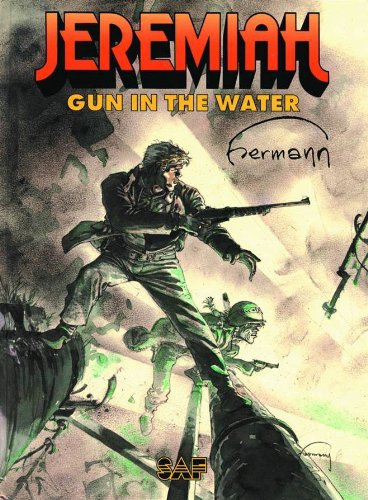 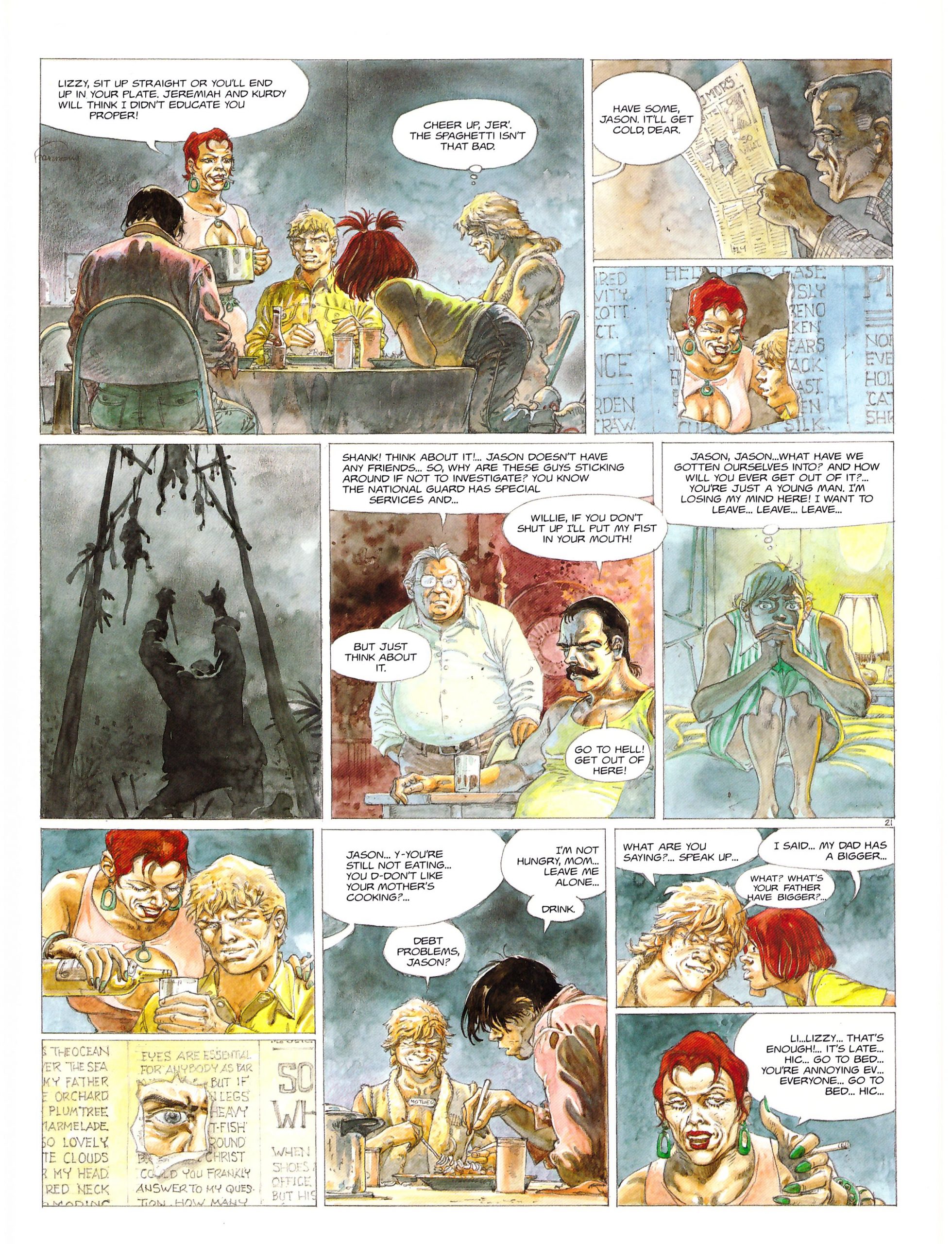 As of 2021, Gun in the Water is the most recent of the Jeremiah graphic novels to be translated into English, and it’s the 23rd of 38. It’s not quite a variation on the downhome horror of Deliverance, as Jeremiah and Kurdy are too worldly-wise for that, but is certainly Hermann’s attempt to channel the atmosphere.

In English at least, Jeremiah and Kurdy were last seen in Mercenaries, and a volume has been skipped since. They’ve left town in a hurry, the locals not taking kindly to Kurdy shooting the ear off one of them, and have spent the night in the swamp. When needed Hermann can supply a glamorous woman, but most people in Jeremiah have lived-in faces, something Hermann’s very good at drawing, and a whole load of them are supplied in the household where Jeremiah and Kurdy end up. Hermann doesn’t take long to spread a sense of unease as we attempt to work out the family relationships, with each of them appearing to have a sinister purpose apart from the innocent little girl Lizzy, who shares her secret with Kurdy. Scenes of the squalid family members are contrasted with ritual sacrifices of animals, just in case we’re not unsettled enough. Some aspects aren’t obvious without the context, but the sample page is great storytelling cranking up the tension, thirteen panels and barely one of them without sordid or violent context. The most disturbing is near the end, after we’ve seen Lizzy spying on Jeremiah in the shower, but thankfully Hermann only hints and lets us make the connection rather than delving headlong into a problematical area.

It’s only two pages later, just over halfway through, when all hell breaks loose. We learn the big secret everyone but Jeremiah and Kurdy knew, and the remainder of Gun in the Water is one thrill ride to the end. It’s dark, it’s swampy, pretty well everyone’s purpose differs from everyone else and there are a lot of guns out there. Hermann sustaining the suspense is astonishingly good, especially as one of the people wandering around in the dark is little Lizzy.

As captivating as Gun in the Water is, it’s not quite perfect. Giving Lizzy a dumb cross-eyed look is an exaggeration too far, someone playing a decisive part at the end isn’t given enough space beforehand, and there’s an unbelievable sentimental turnaround once the dust has settled. Taking the art into account, that’s still better than most action thrillers you’re going to read, where the plot is tight, but the mood isn’t achieved.