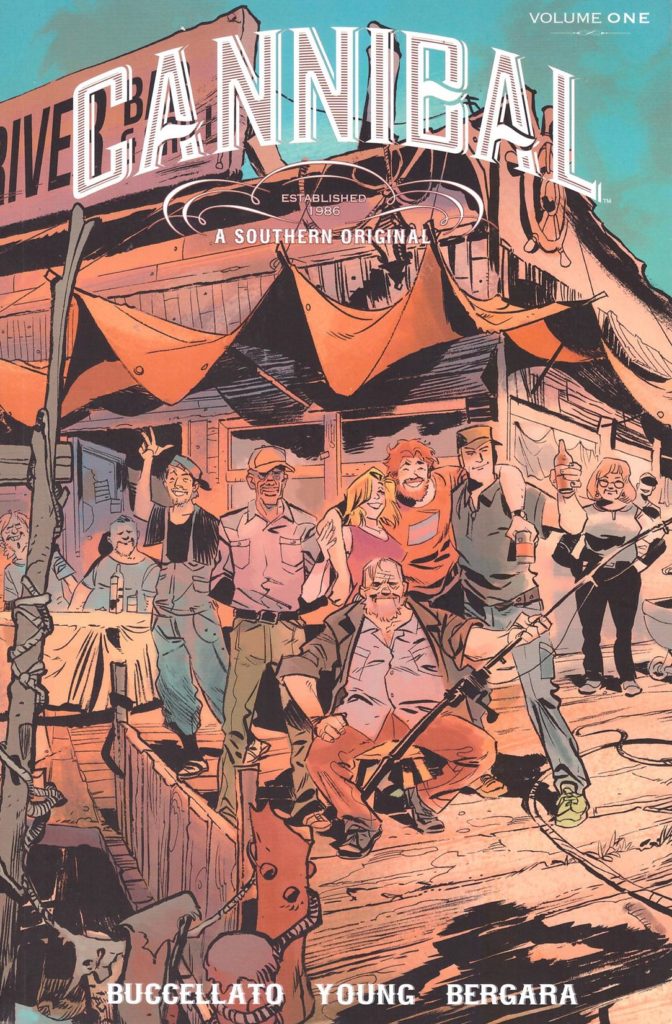 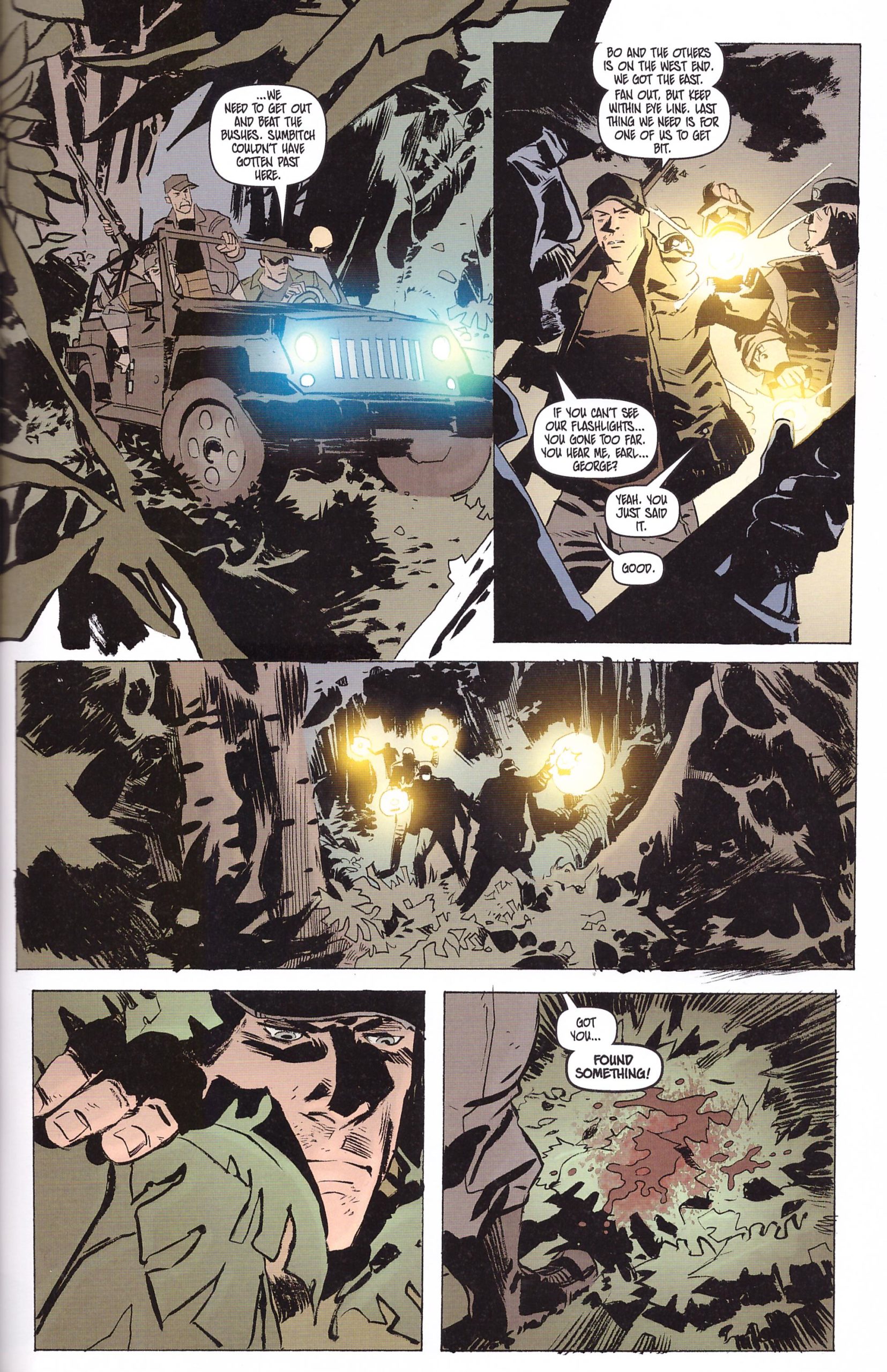 Willow County is relatively isolated deep in the Florida swamps, and a natural suspicion of strangers is greatly inflated by the dangers of cannibals, actually a virus that leaves people craving human flesh and blood. This isn’t in some body transforming werewolf fashion, a romantic notion of vampirism, or shambling zombies, but savagery raw in tooth and nails. Take Danny, for instance, running away from something, seemingly in good health, and returning to his family, but still an incomer. Cash is a giant of a man, not fool enough to join a vigilante hunt, but capable of battering an enemy to near death, yet quaking about the idea of proposing. The Sheriff, he’s a deep one, but has his official duties, and Grady’s seen a few things also.

Brian Buccellato and Jennifer Young pace Cannibal as if writing a TV drama, involving us in the day to day concerns of the cast while the actual cannibals only intrude occasionally. Not that they short change on violent action, as men are men down in Willow County and settle things the way men do, with no need for involvement from elsewhere. It leaves the female characters somewhat marginalised, even Cash’s girlfriend Jolene.

The steamy Southern backwoods are atmospherically captured by Matias Bergara, who’s great at convincing us of detail actually constructed with just a few lines, with Buccellato’s colouring working well as a double act. Bergara’s also good with expressions, but not as adept when it comes to differentiating the cast. Too many bulky men with beards in plain clothing feature, and until we’ve become used to them there’s reason to be grateful for the frequent use of names in the dialogue.

While there’s nothing wrong with Cannibal, it lacks the hook to elevate it to compelling reading. The cannibals themselves are used sparingly, and there’s only so much sympathy available for characters who punch first and ask questions later. There is one hell of a surprise at the end, in keeping with the horror tone, so perhaps it’ll pick up with Volume Two.