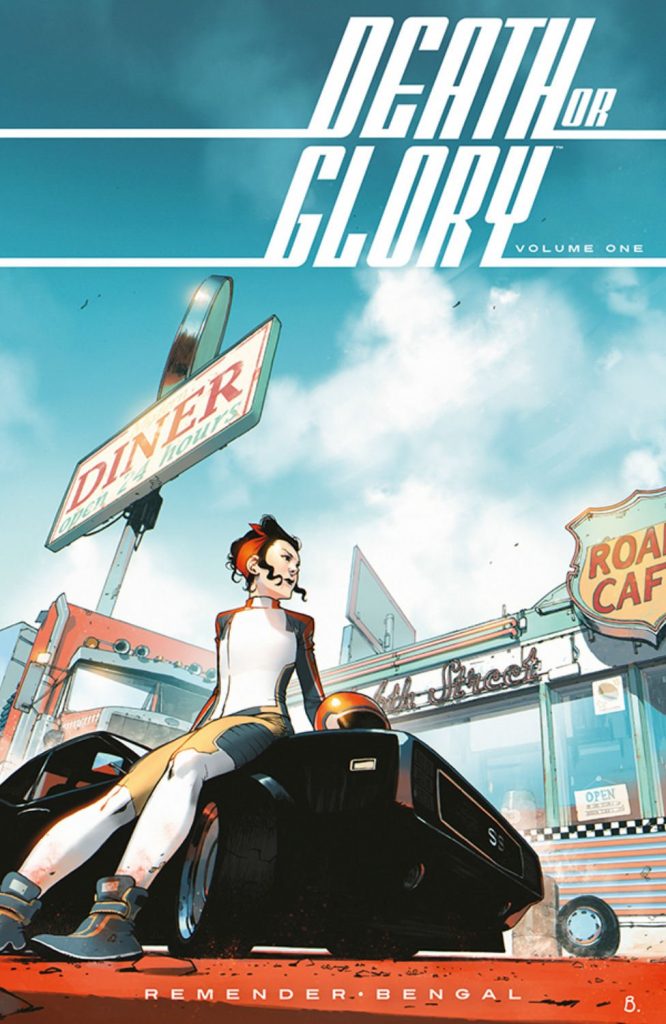 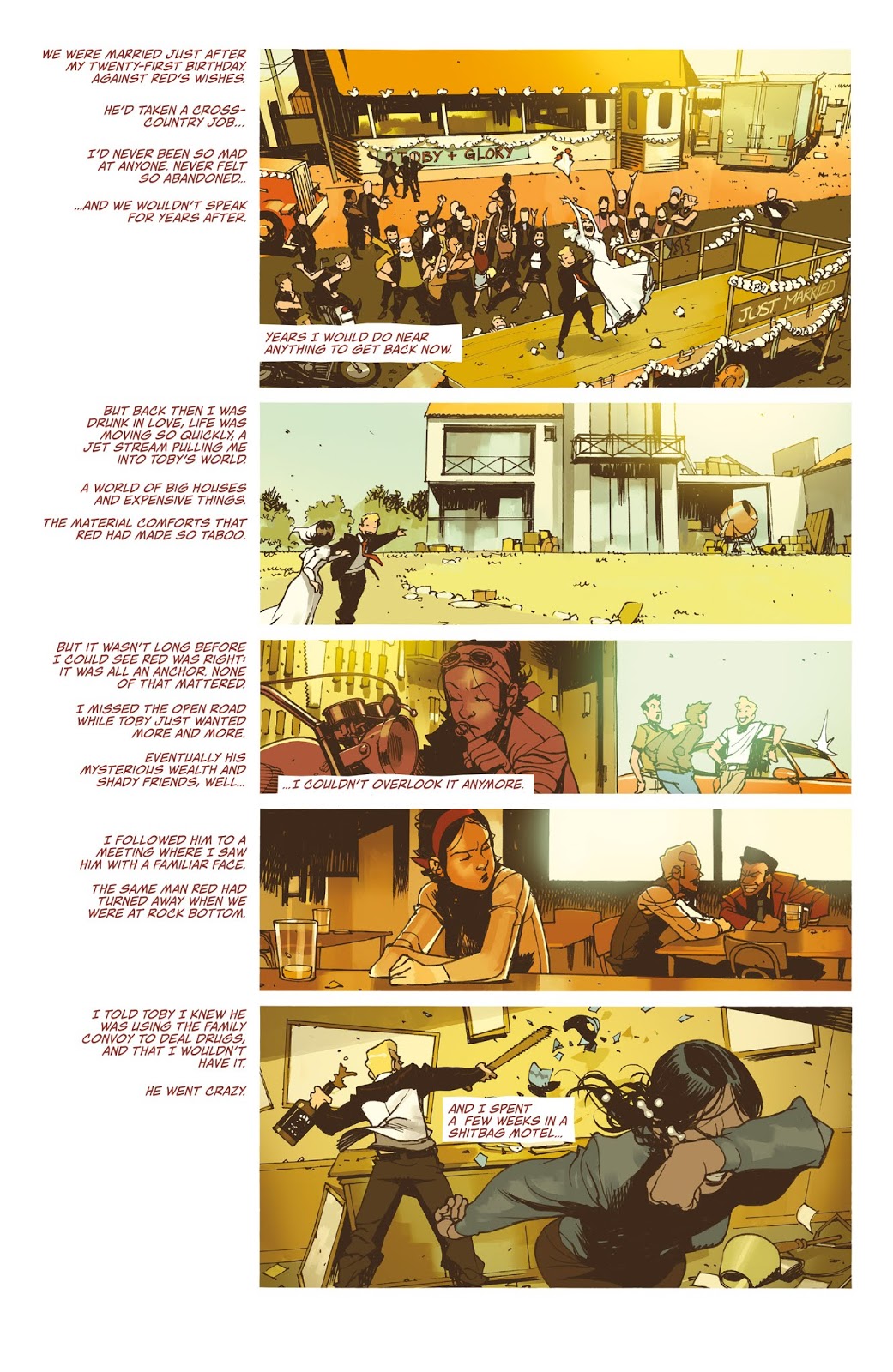 Since she was young Glory Owen was brought up by the man she knew as Red, who continued to look after her when her mother died. They’ve deliberately lived off the beaten track and kept largely to themselves within a small community, but that lifestyle doesn’t accumulate a lot of cash, never mind enough to pay for medical insurance, so when Red falls ill where’s Glory going to find the money for his treatment? She makes an interesting and life threatening choice, and that’s when things become weird.

A back cover recommendation compares Death or Glory to a Coen Brothers film, and that’s not too far wide of the mark for what Rick Remender’s got going on, but a nearer comparison would be Preacher, where every time things seem to have settled Garth Ennis threw in something else weird. It accumulated to the point where the weirdness nearly become the normal world, and that seems to be what Remender is aiming for, because as Death or Glory continues, people’s behaviour and eccentricities become stranger and stranger. When was the last time you saw a police officer’s tryst with another in a jail cell involving the anal insertion of a chili pepper?

Part of the reason Death or Glory’s eccentricities remain just about accessible is down to Swiss artist Bengal’s kinetic form of exaggerated realism. He’s a real workhorse, not just defining the cast well, but filling the panels with detail to ensure a complete world. This is most obvious on the third chapter from where the sample art is taken, displaying just how much he packs into a panel and how well he brings the cast to life. Glory is especially well defined, but the ordinary look of the sadistic villain somehow amplifies his evil. And evil he is. This isn’t a series for anyone lacking a cast iron stomach, because while Bengal certainly doesn’t exaggerate the atrocities, they are what they are, and that’s more than enough.

She’s Got You is a really appropriate volume title, as Glory’s activities captivate from the beginning and Remender ups the interest from there. He makes us feel Glory’s desperation and that of the person she hooks up with, whose plight is equally heart-rending. Sadly, Death or Glory seems to have been a casualty of his success with the Deadly Class TV show, as there’s been no sign of further content beyond this collection, and this ends with one hell of a cliffhanger.