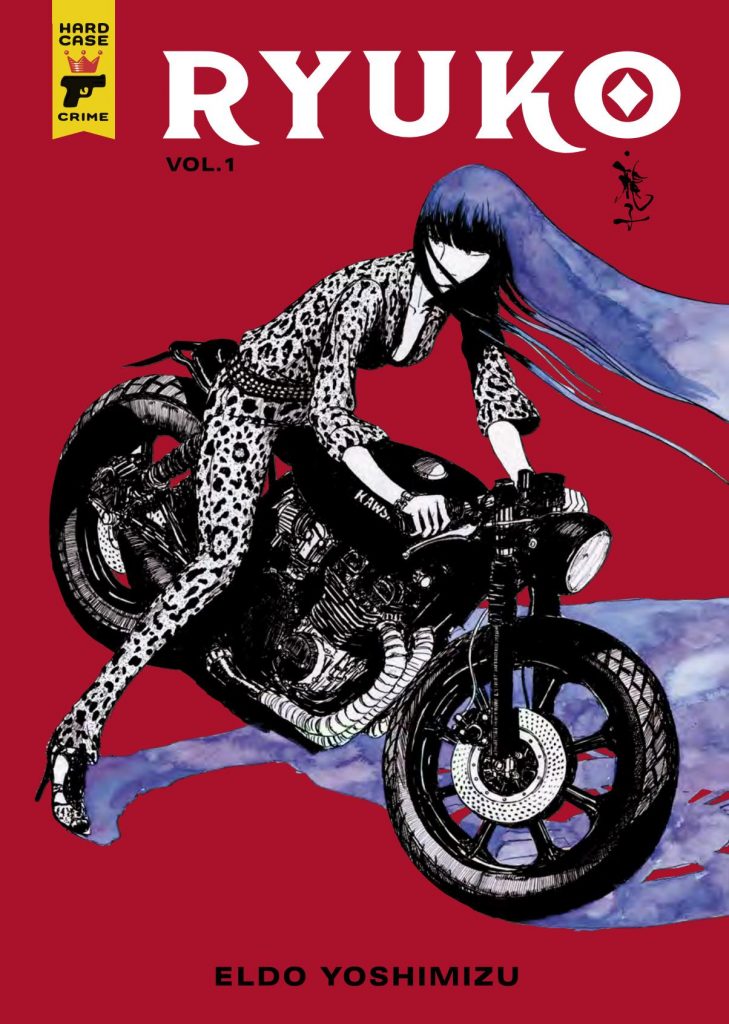 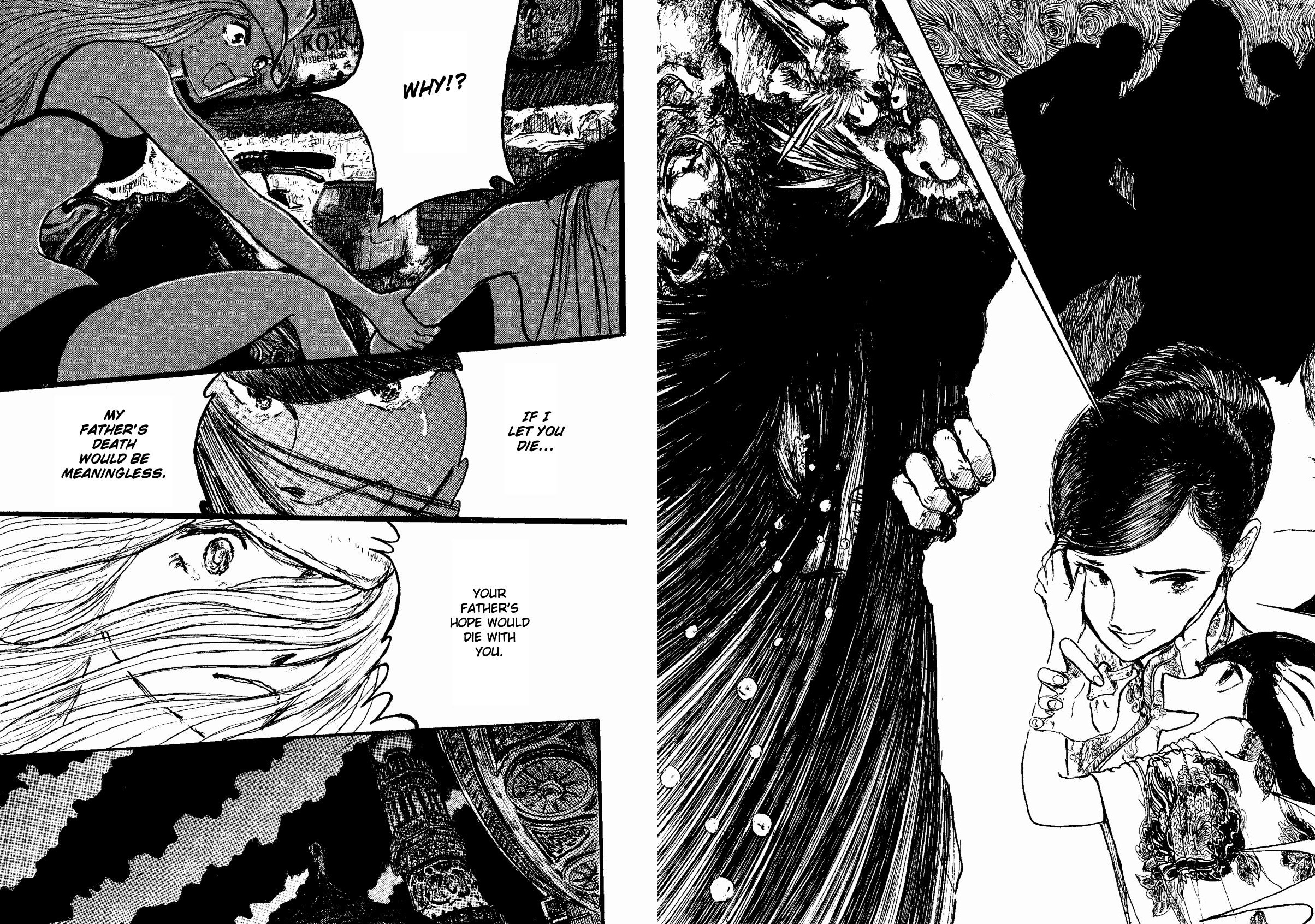 As an infant Sasori is taken in settlement of a debt of honour, and raised by notorious Japanese gangster leader Ryuko, but she grows to be a more rebellious teenager than most, planning ambitious heists. Such as it is, the plot first follows Sasori’s current activities before dropping back to Ryuko’s youth and backstory as she attempts to track down her mother.

There’s a phenomenal energy to Eldo Yoshimizu’s gangster spectacle, and an ambitious global spread to the plot, but that’s counterbalanced by it making little sense in places and by Yoshimizu throwing in another scantily clad woman every time he feels like drawing one. This is irrespective of whether or not they have a part to play in his ever expanding plot. Adding to the confusion is that even when you’ve become used to the left to right reading process, Yoshimizu disregards the conventional rules of storytelling, his priority being the single image. During the opening two chapters these are often over-drawn, lines obsessively added to faces and backgrounds until they’re obscuring rather than enlightening. When it comes to technology, Yoshimizu is equally obsessive, rendering motorcycles and guns with an architectural precision, and will surprise by including baroque backgrounds or decoration. The effect is schizoid, particularly on a bizarre suicide attempt. From the third of six chapters Yoshimizu alters his approach, prioritising a greater clarity, so the art is a better match and the characters richer.

If attention is distracted by the breakneck pace and the constantly diverting art, then Ryuko has much to recommend it, with action from start to finish. However, if you expect the plot to convince as it jumps from person to person, decade to decade and country country then you’ll find Ryuko frustrating. This wouldn’t be the first successful manga that’s had a slow start and improved, so Ryuko might be better judged alongside the concluding volume. Both were later combined in a slipcase as Ryuko: The Complete Manga Collection.