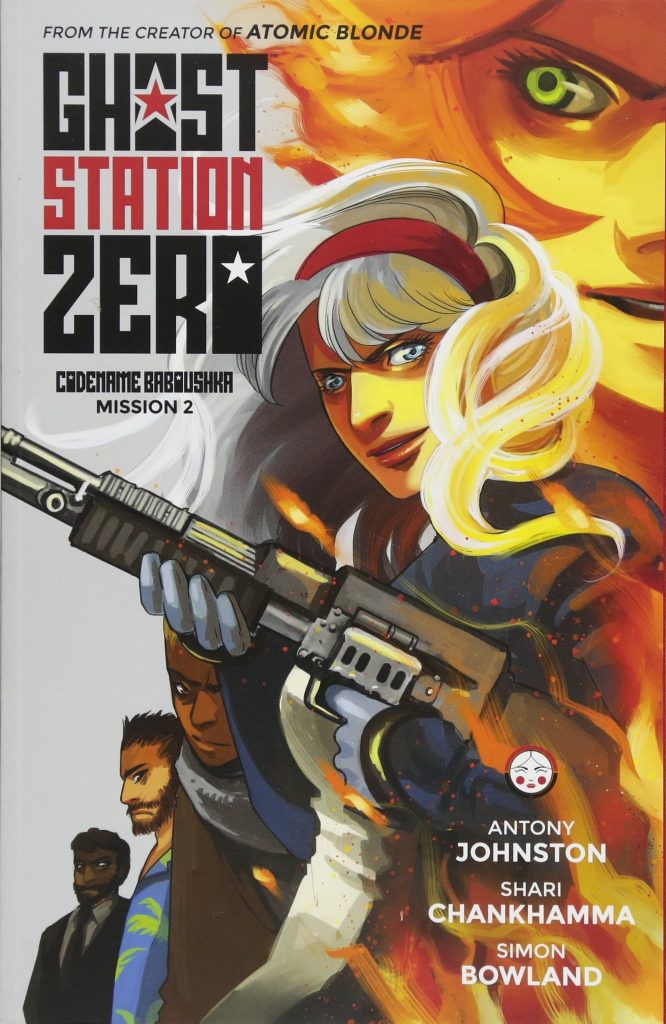 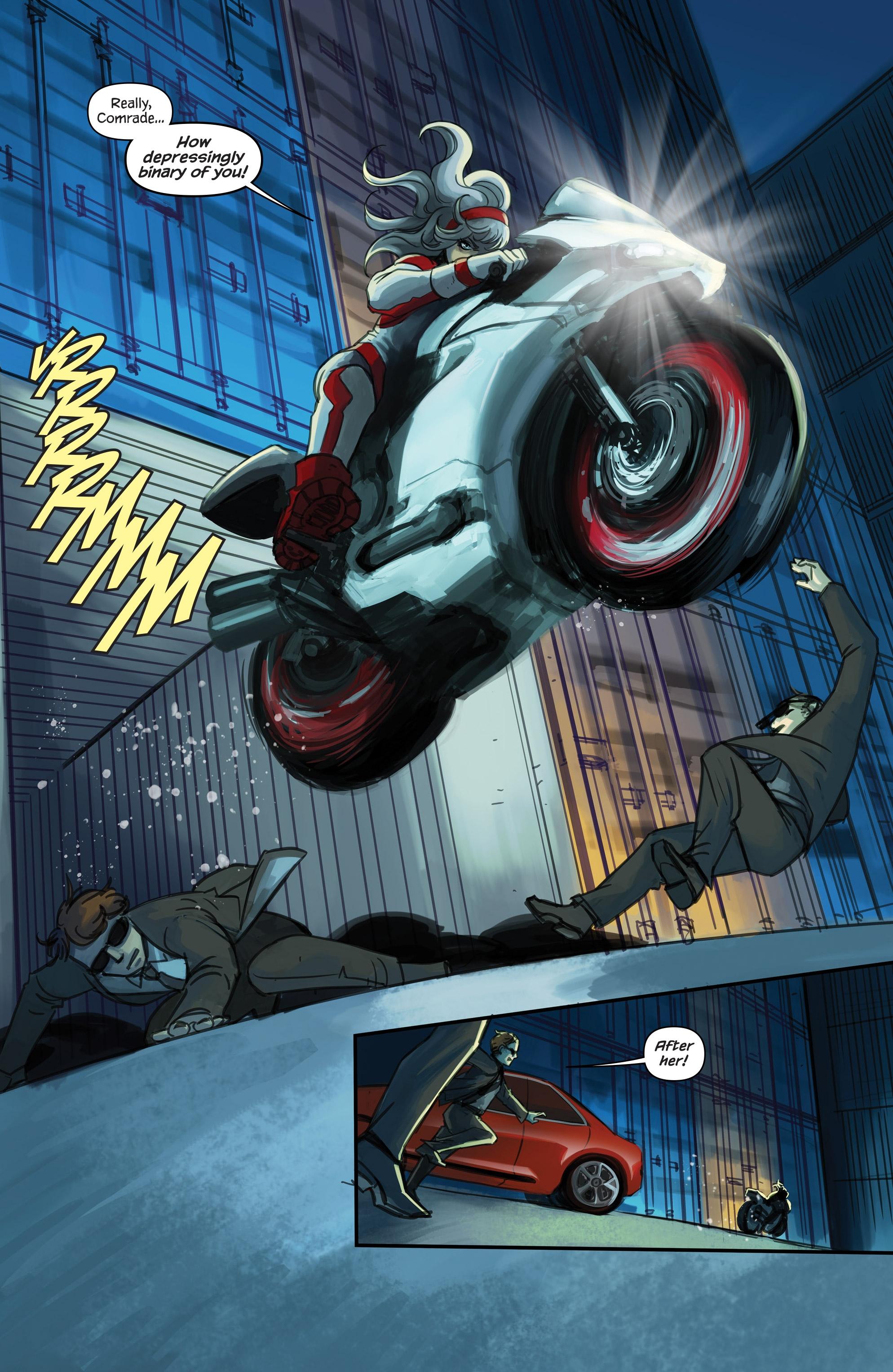 Codename: Baboushka introduced Annika Malikova, silver haired emigre who once ran Moscow’s top criminal gang. She left that behind, but was in effect blackmailed by US covert agency EON to carry out missions on their behalf. As seen by the establishing sequence set in Shanghai, these are cinematic and dangerous. That, however, is just the appetiser as what EON are really interested in is discovering who’s beating them to abandoned Soviet Cold War era bases and strip mining them before EON can do the same. It takes Baboushka to the Swiss Alps.

Antony Johnston is very deliberately making us consider our spy fiction and action thriller lead characters. She may be Russian, but in terms of how she acts, her capabilities, and the fantastic equipment there’s little to differentiate Baboushka from James Bond. She certainly has the same emotional detachment, and that reversal works well as Johnston astutely toys with expectation, including scenes where Baboushka acts as Bond would. Beyond that, Johnston considers the locations well, makes good use of them, and builds toward the possibly of an apocalyptic climax.

There were previously some rough spots to Shari Chankhamma’s art, but a different approach providing more in the way of backgrounds results in better looking pages. There’s still a strong manga influence, which has embedded a sense of artistic clarity, and her distinctive flat colouring provides a vibrancy usually absent from the dark world of secret agents. It’s very effective.

Like most action thrillers, maximum enjoyment from Ghost Station Zero requires accepting miraculous last minute escapes, near indestructible people, and someone with an insane plan. While far-fetched, these are rolled out with just enough gravitas for Johnston to apply a straight face and ensure the thrills are introduced early and maintained until the finale.