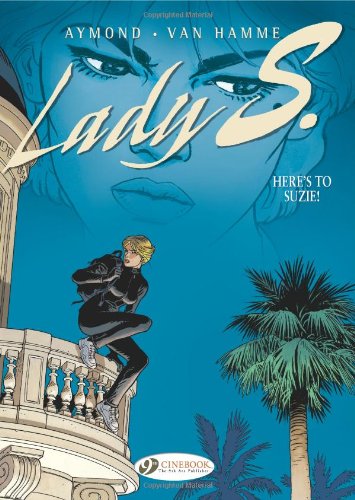 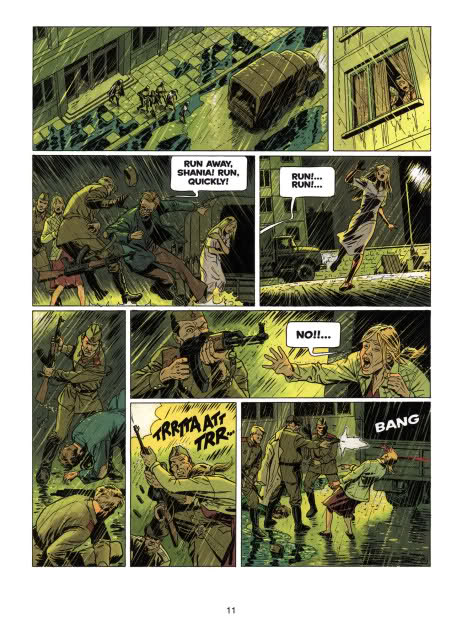 Published in its original French in 2004 and printed in English in 2008, a first glance at the watercolour artwork on display here might convince this is from an earlier period. It has none of the pomp and pizzazz mainstream companies currently prioritise, looking very ordinary by comparison, hiding an exceptionally good story that is part rags-to-riches, part espionage thriller.

Jean Van Hamme’s story of Judeo-Russian girl Shaniouchka’s rise from tragic orphan, to thief, to reformed diplomatic aide Suzan who becomes manipulated into a world of espionage, is densely and intricately plotted. Flashing back to various stages in the life of the beautiful and intelligent Suzan Fitzroy, aide to adoptive father Ambassador James Fitzroy, she is forced to face her tragic and chequered past when a voice she thought dead plunges her into conflict. Claiming to be part of a mysterious organisation working to ensure world peace, the white haired Orion forces Suzan into retrieving a top secret file, her skills honed as a thief proving useful if a Catch-22. Her father will be the one to suffer if she doesn’t co-operate but may still do so if she’s caught.

Van Hamme’s mix of political intrigue and personal tragedy is beautifully woven, seamlessly flowing through flashbacks and the present day to create a strong and able heroine in a story driven by its characters and the author’s steady pacing. The plot is politically and geographically well researched, although the European settings are more convincing than the American ones. Van Hamme and artist Phillipe Aymond wisely avoid too many USA-based scenarios.

Aymond’s art enhances Van Hamme’s script beautifully. His characters are relatively simply rendered, but able to express so much from a gesture or movement, subtle sound-effects enhancing the scene rather than driving it. His landscapes and backgrounds are incredibly detailed, from the grimy streets of Soviet Russia to the frozen wastes of the Finnish border. The Cote d’Azur is sun-drenched and aloof, the streets of Brussels both grand and dangerous. An early scene illustrating how Suzie was orphaned wrings tragedy from the page, brutal violence blending with the snow and shadows of the night. This is art that complements the writing, not something to distract from a poor script.

Lady S is surprisingly gripping, holding your attention from beginning to end. Readers looking to expand their horizons and dip into the European genre beyond Asterix and Tintin might likewise find themselves looking forward to the next Lady S, Latitude 59 Degrees. 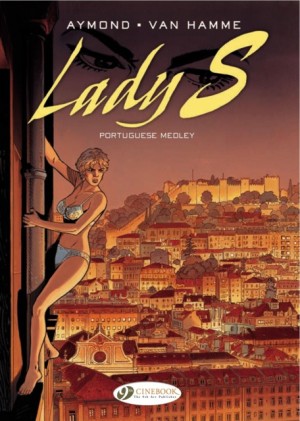