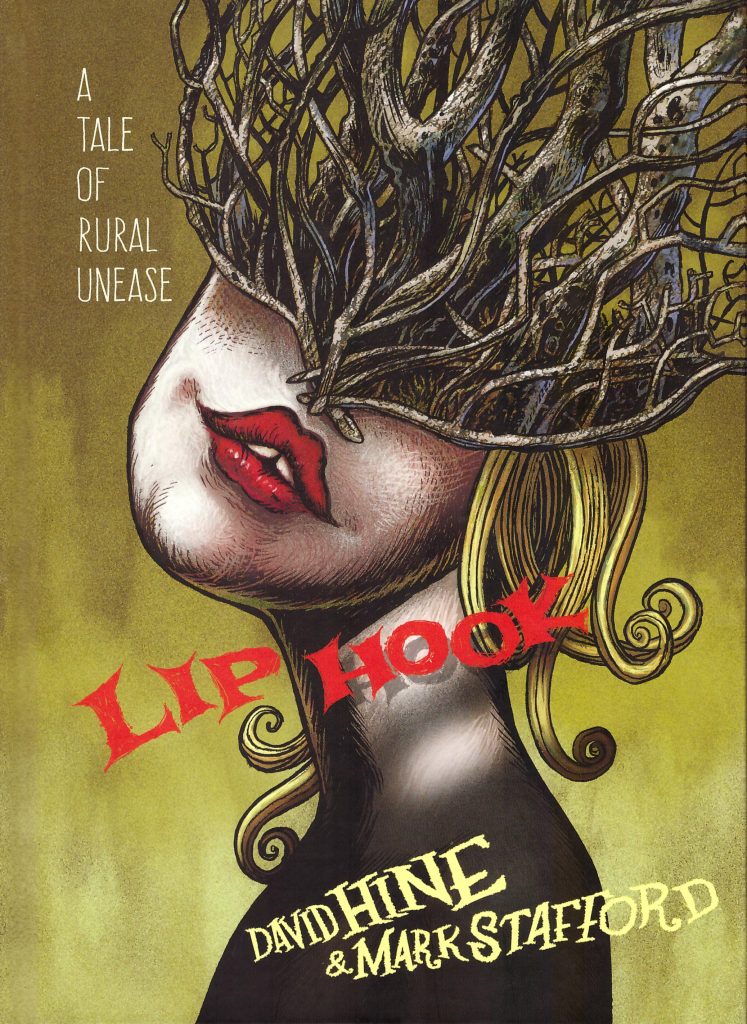 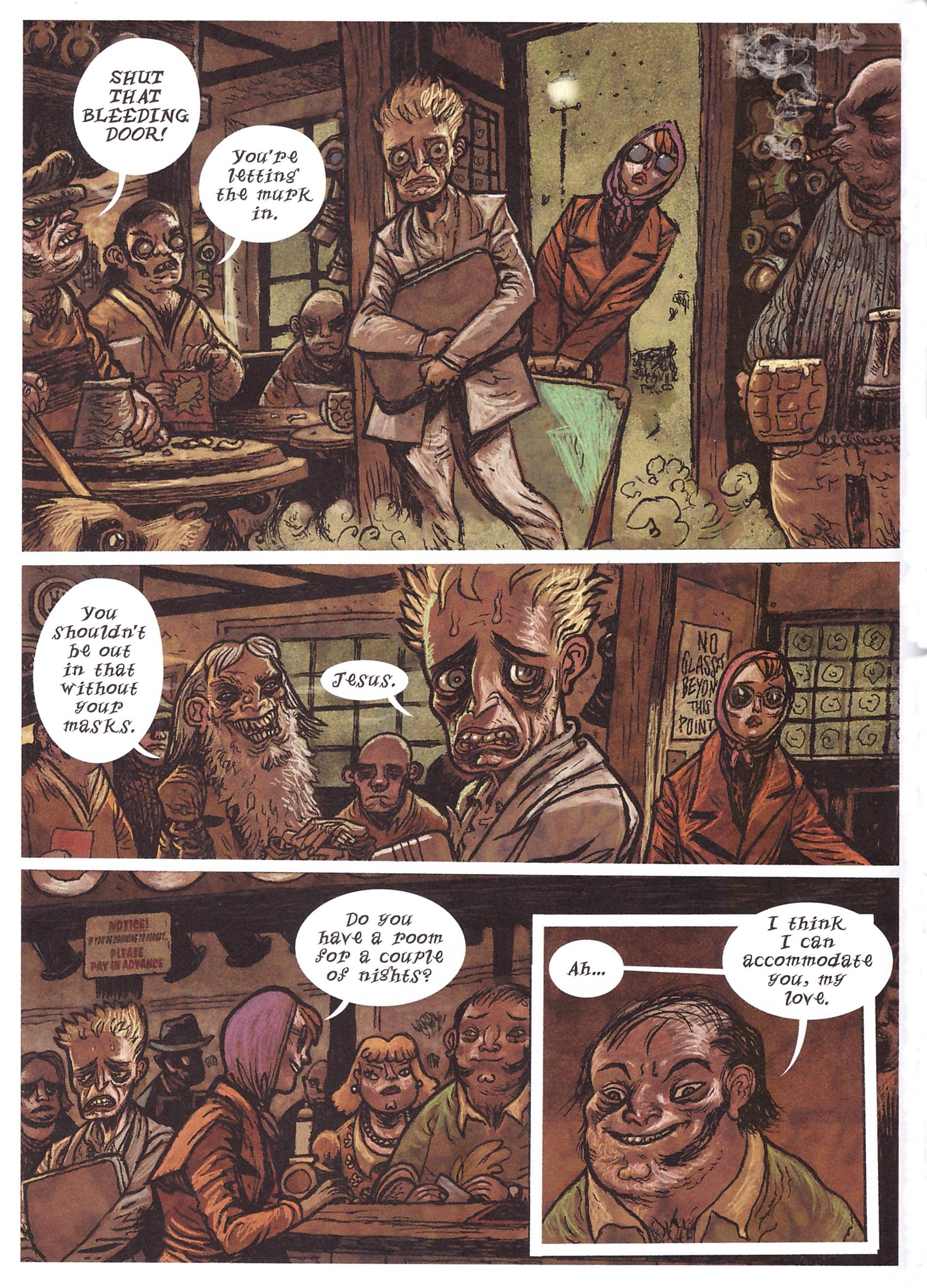 Lip Hook is brilliantly demented, David Hine and Mark Stafford channelling the spirit of The Wicker Man into their forgotten isolated village with its eccentric English inhabitants. Some are deformed, some are sinister and amazingly, some are still innocent. Not for long.

The first impression is made by Stafford’s art, cartoon exaggeration, yet deliberately grubby and sordid, setting an atmosphere to match the fetid swamp gas that occasionally envelops Lip Hook. His decaying town is inhabited by a wonderful bunch of lost characters, almost every one of them looking as if they’ve escaped from the British sitcoms of the 1970s, and Stafford adorns the locations with deliberately unsettling images and artefacts. It all feeds an impression of a town forgotten by time, which slapped some inhabitants into perpetually stunned expressions as it left.

Hine builds on that, starting with the arrival of strangers during a particularly foggy night causing an insect infestation. They’re a couple on the run from unknown, but dangerous people, Vinnie injured, and Sophia a damaged siren revelling in her youthful sexuality and setting about Lip Hook with abandon in trading goods for services. It doesn’t take her long to realise suppressed emotion is the town currency, and she’s viewed in different ways, but most hark back to some form of ancient female force of nature. That can be exploited. Midway through the book a different truth is revealed, and it sets up the clash between the ancient and the modern, mystical and science, right and plain wrong, but with the participants making strange bedfellows.

What lifts Lip Hook above glib parody is time spent building the characters away from the caricatures many deliberately resemble. They have wildly differing views, but rub along together in the way anyone living in a small community does, yet a compliance doesn’t exclude a simmering resentment, and Sophia is the catalyst that pulls these out into the open.

Lip Hook is a compelling, car crash tour through a surreal rural England where mythology has greater sway than technology and the old ways are the right ways. It disturbs and delights all the way to a suitably apocalyptic finish.