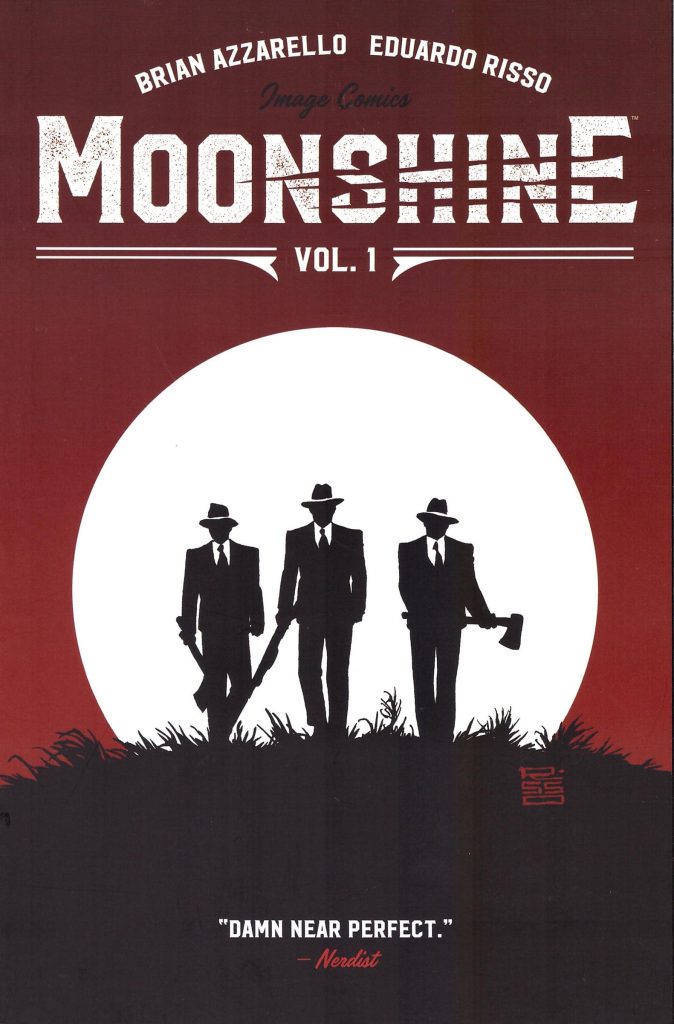 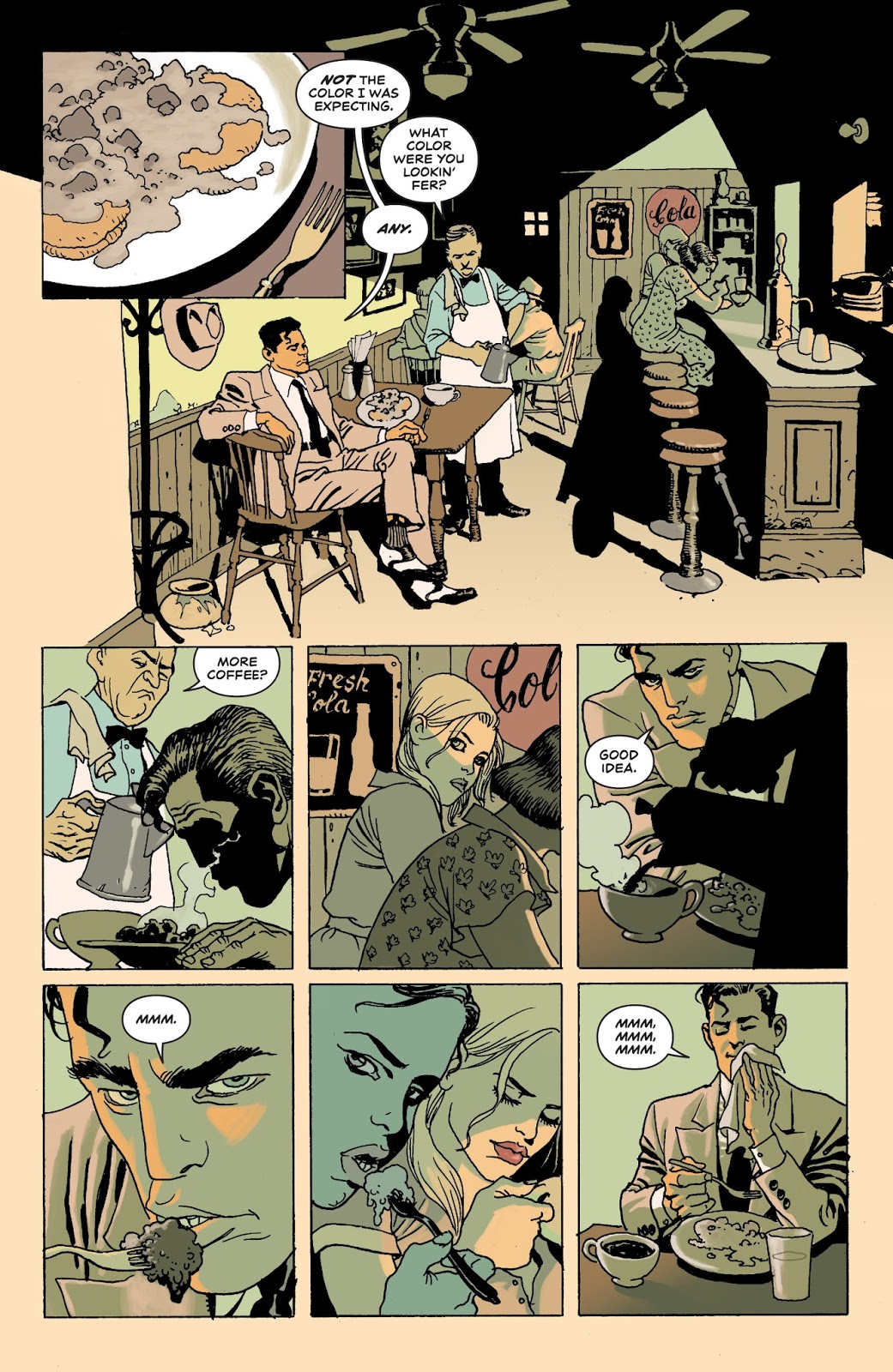 In prohibition era USA, gangster Joe Masseria has tracked down some quality hooch he believes is made by some Virginia hillbilly. He sends Lou Pirlo down to enforce the message that Masseria will now be the exclusive distributor, and as per the action thriller standby, Lou discovers something diverging considerably from expectation. The cover doesn’t give anything away, so neither should we, but the person intended as the victim to be strong-armed into submission is more than capable of handing any amount of New York gangsters. The short of it is that Pirlo is caught between a rock and a hard place, and by the end of every chapter that crush is getting tighter.

Given their phenomenal creative success with 100 Bullets a decade earlier, expectations were set high for Brian Azzarello and Eduardo Risso again collaborating on Moonshine. While also crime based, this is a very different type of story. If there’s any thought that Argentinian artist Risso might have teething problems delivering the American South of the 1920s, it’s immediately dispelled. The period evocation is as peerless as the remainder of the art, every single page stunning. Risso weaves magic into each panel, yet as startling as they are, they coalesce into a fantastic method of telling a story, and that art just keeps looking better. That Risso also colours his own pages helps, providing a complete artistic vision, and the gangster shoot out we know is coming makes for an amazingly cinematic final chapter.

From Deliverance down to Justified, film and TV has excellently conveyed just how different the American South is from the large cities, and how city slickers are prone to under-estimating both the smarts and the resources of the Southerner. In comics, however, it’s only really Jason Aaron who’s seized on the narrative before Moonshine. It would take a real Southerner to definitively confirm accuracy, but for anyone else Azzarello and Risso deliver an evocatively steaming atmosphere, the appalling racism of the era, and vast areas of uncultivated nature where anything and everything can simply disappear. Azzarello establishes early that Pirlo may be handsome and charming, but he’s without moral qualms, so when his downfall begins, it’s darkly funny. His narrative captions progress from “It wasn’t going according to plan” to “The hole… Did I dig it myself?”, and even that’s not the worst of what he experiences. Azzarello concentrates on Pirlo, drawing most of the remaining cast in broad strokes, although the unfathomable Hiram Holt is an exception, his motivations running deep. Also interesting is a very young girl, the only representative seen of the family running Pirlo’s boarding house, Azzarello using her to make a point about learned behaviour.

Much of the joy of Moonshine is in anticipation. Pirlo’s more than earned whatever fate eventually awaits him, and like Starr in Preacher, the indignities and humiliations piled on him escalate. Bearing that pattern in mind, and the early anomaly introduced, Pirlo’s eventual fate won’t surprise everyone, but it’s consistent with his path, and Moonshine volume one ends with a less predictable exit for someone else. It continues with Misery Train, and anyone who’s read this will want to dive straight into that. Just one warning. In terms of language, explicit violence and nudity, the adult rating is well earned. 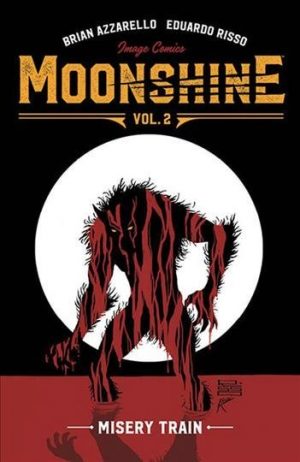 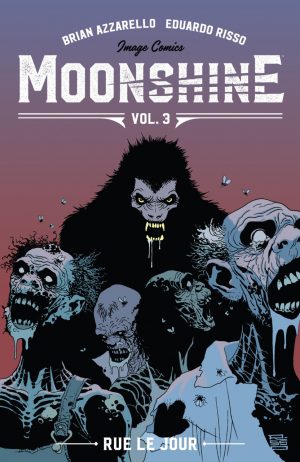 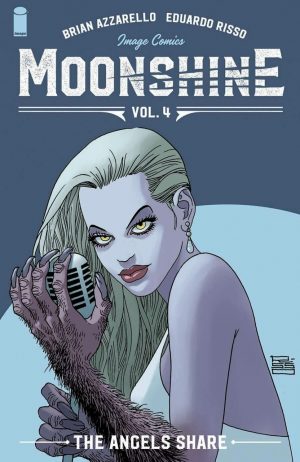