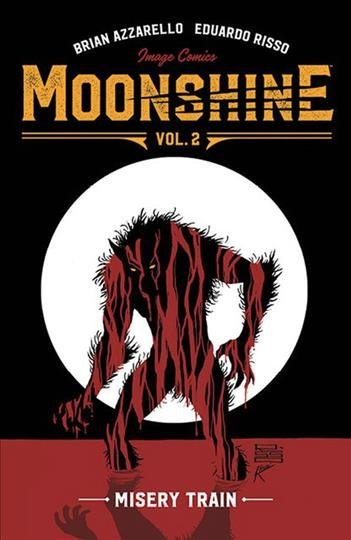 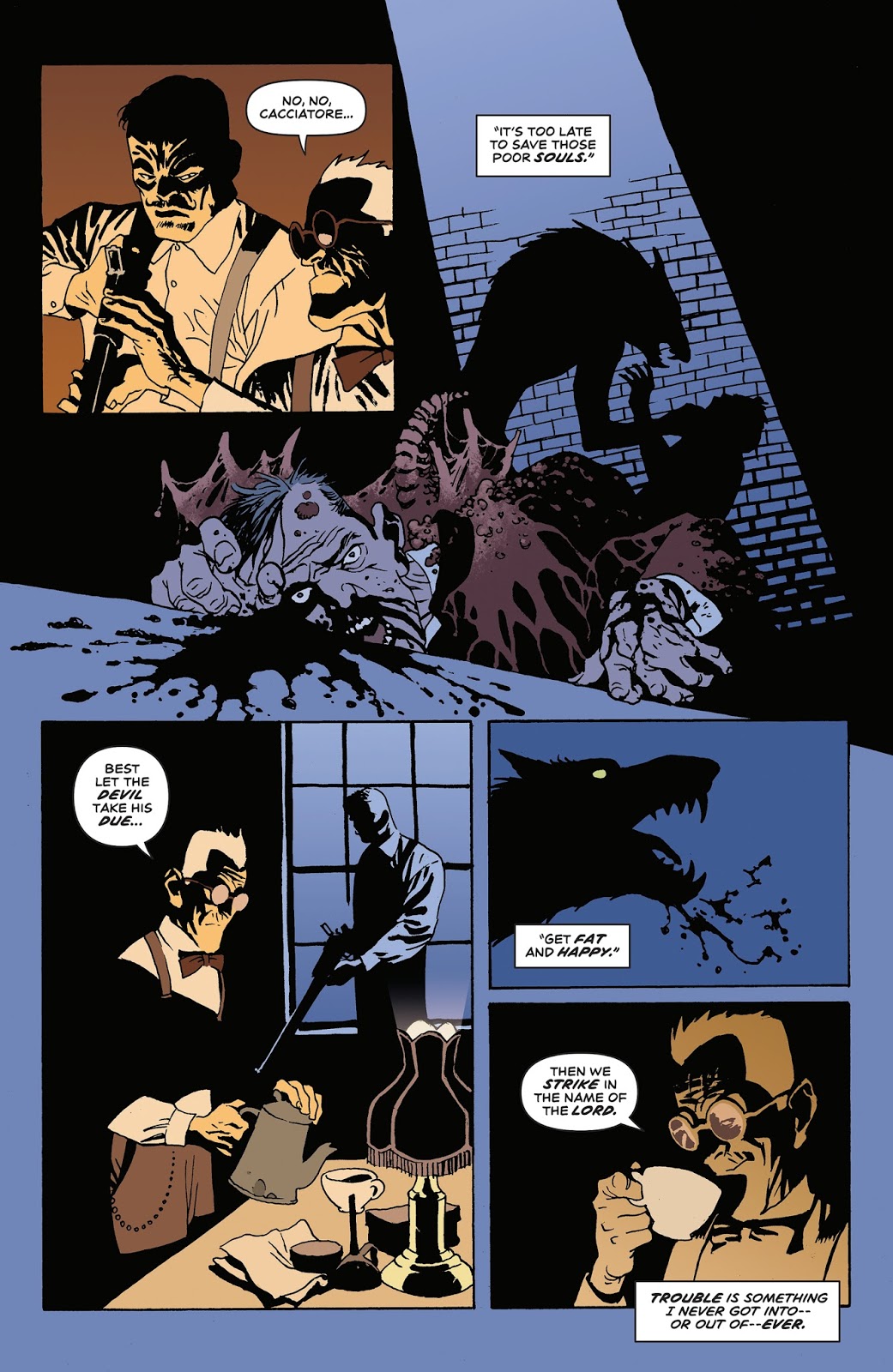 Set during prohibition era USA, the first volume of Moonshine was a swampy, steaming gumbo of a New York gangster out of his depth, a family run moonshine business deep in the Virginia hills, and werewolves. It was an almost perfectly pitched period piece, Brian Azzarello’s staging and curt dialogue given form and atmosphere by Eduardo Risso. Sadly, Misery Train runs off the tracks in comparison.

Much of the first volume was spent building up Lou Pirlo, a confident New York gangster smart enough to realise he’s out of his depth, but unable to convey this adequately to a boss who doesn’t take no for an answer. More torpedoes arrive down South, only to find themselves equally outmatched before a couple of surprises are thrown in. One forces Pirlo to cut his losses and skip town, which is where we pick him up, jumping a box car.

When he resonates, Azzarello can be astonishingly good, exemplified by the curt, brutal simplicity of “Remain a child and you will be eaten. Grow up? You will eat children”. However, the plot runs away with him. In effect he casts Pirlo aside, discarding him into the horror of the prison chain gang. Pirlo worked well when his New York smarts were playing off supposed country hicks, but the same personality in a chain gang isn’t as captivating, partly because all tension is removed by knowing what he’s now capable of. Meanwhile the country community face a different New York generated threat willing to push things further, and despite Azzarello building a contrary character, there’s nothing sympathetic about him, and beyond his visual design he’s just not interesting. The hillbillies also suffer from the replacement of one fascinating character with another promoted from the background who’s not as interesting. Equally, Tempest the temptress worked in combination with Pirlo, a successful Hepburn/Tracy vibe established, but separate them, and that’s also thrown away. While accepting just repeating the formula might also see Misery Train run out of steam, this wasn’t the solution.

Any problems are with the direction the plot takes, not with Risso’s astonishing art, although while any other artist would be well pleased with the painted style flashbacks over a few pages at a time, they’re nowhere near as accomplished as Risso’s linework. There’s no-one working in comics so confidently able to create a shadow-led mood as Risso, who really taps into the darkness of black ink. He’s also an amazing designer of people. Clothes hang loose, the sun beats down on them, and every single person is distinct. Where needed, their life experience is engraved on their faces.

If so desired, an ending to Moonshine can be extrapolated from the final scenes, Pirlo perhaps finding salvation and matters drawn to a close in Virginia. For a considerable while that looked to be the case, as seventeen months separated that ending from the serialised comics picking up again. Much focus is lost in Misery Train, with Risso carrying an unequal share of the load, so let’s hope it gets back on track next time round in Rue Le Jour. 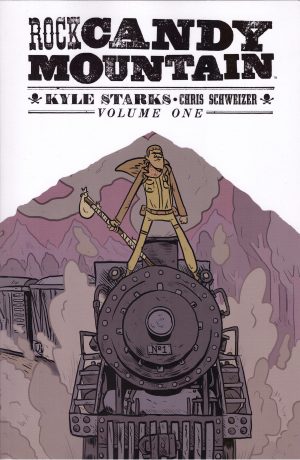