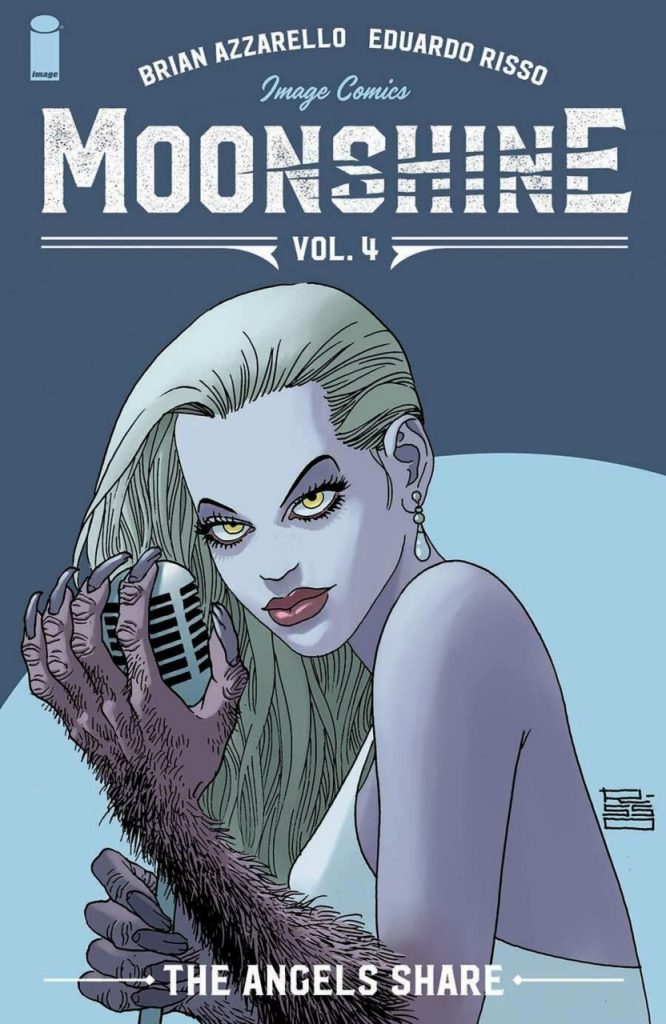 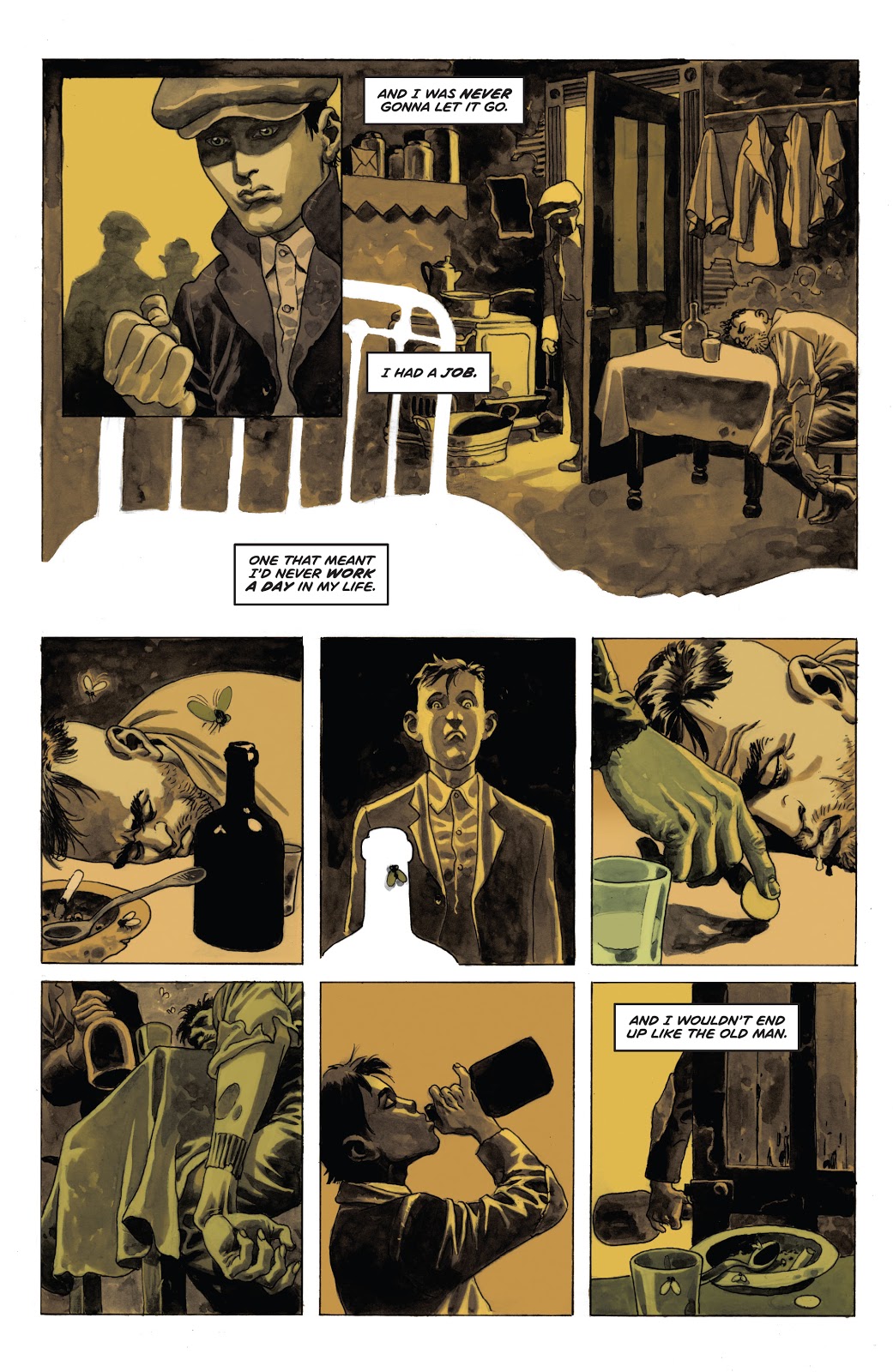 Moonshine began with New York gangster Lou Masseria, who we’ve not seen for a while, but The Angel’s Share opens with him going about his profoundly unpleasant and unsettling business. Can it be a coincidence, though, that new Southern singer Tempest ends up working at a club he frequents?

The sample page showcases the best of both creators. The art immediately strikes because it’s not Eduardo Risso’s usual style. The black lines and shadows are replaced by a more painterly approach, one that’s equally effective. The grainy sepia tone indicates an even more distant past, and the poverty is conveyed by the cramped room with the plaster dropping from the walls, the squalor by few possessions and the flies, and the danger by a drunken father. Brian Azzarello’s script looks back on a young Lou Pirlo, succinctly conveying his self-delusion even then.

Azzarello’s always been smart about counterpointing his writing, about someone saying something leading neatly into the next scene, or seeming to mean one thing while the reader realises it refers to another, and there are some fine examples here along with some fantastically evocative dialogue. “I took a piss in an alley”, notes Pirlo, “both of which smelled better than I did”. He’s in Cleveland fallen on hard times since Rue Le Jour, yet seeing two old acquaintances, one in ghostly form, and may or may not be responsible for the dismembered bodies attracting the attention of Eliot Ness.

There’s some teasing about Tempest’s relationship with Masseria, as Azzarello toys with the cliché of her murderous intentions interrupted by an inopportune phone call and suchlike, but that plot pays off. So does everything else. Pirlo’s stay in Cleveland is just a staging post, but it has a profound effect on the city, and the reason we also see so much of what’s going on in New York is because all hell’s a coming. The Angel’s Share is a darkly humorous interlude. We learn a little more about Pirlo’s new capabilities, he learns a little about what’s happened since he’s been out of touch and everyone’s happy with the tight gangster plot. 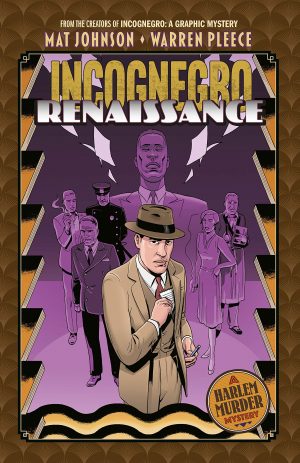