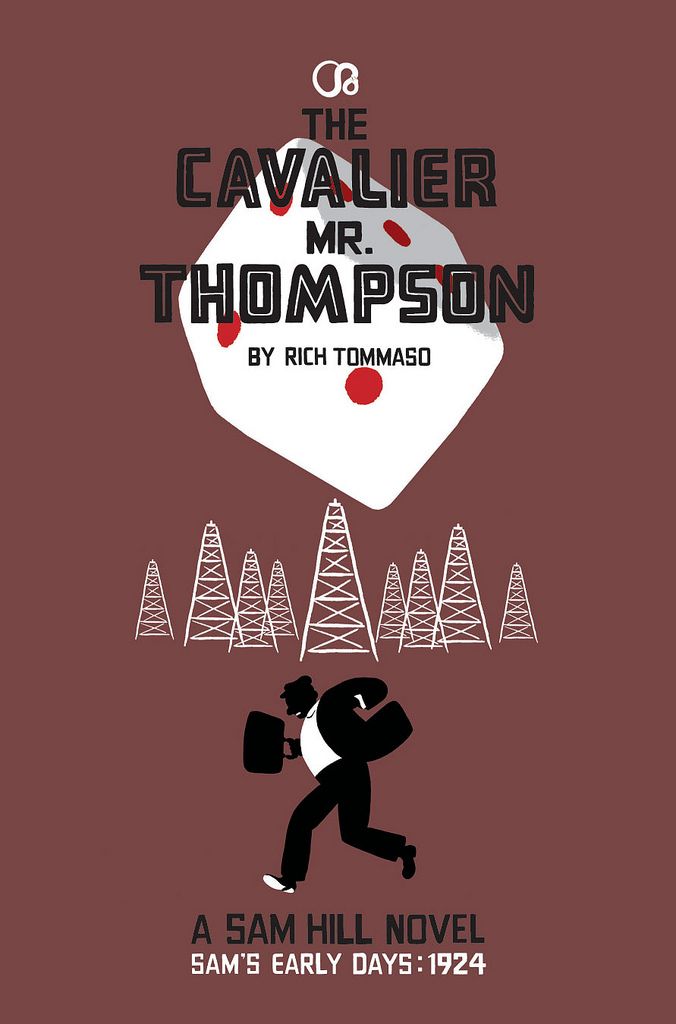 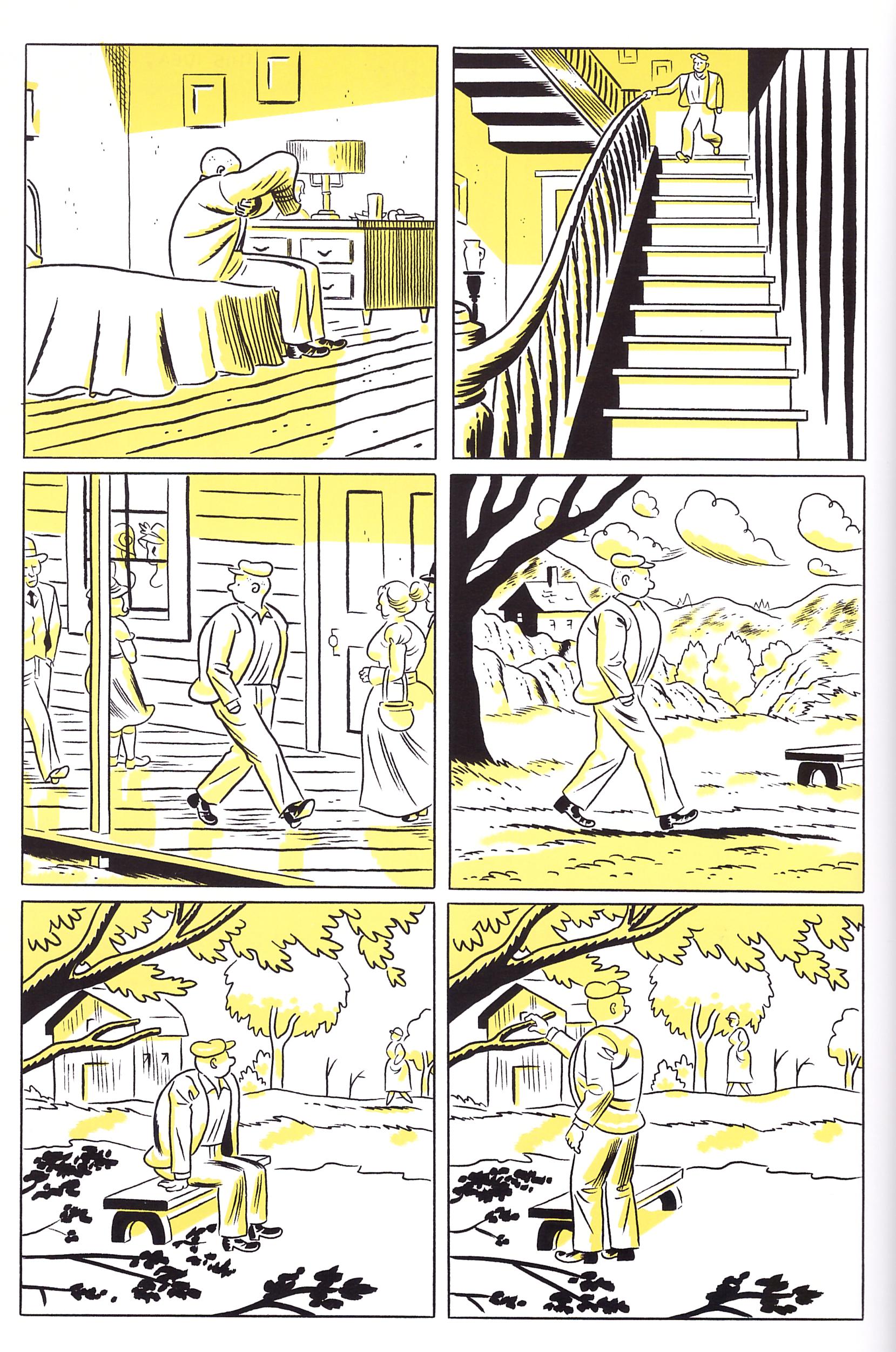 According to the cover blurb Rich Tommaso spent many years toying around with the character of Sam Hill, never entirely settling on how to tell his story, before eventually concluding perhaps the best place was at the beginning. The Cavalier Mr. Thompson’s opening chapter details the circumstances of Sam’s jailhouse birth, before jumping to 1924 in Big Spring, Texas. Frank Hill is no longer a Sheriff, instead running the Cavalier Hotel where Sam is the caretaker at sixteen, and an old colleague of Frank’s has just been employed as the hotel detective.

So who is the cavalier Mr. Thompson, then? He’s a conman, wanted in Chicago, and the beneficiary of a lucky break before having to walk the remaining miles across country, ending up in Big Spring. He’s just one of several colourful characters we’re introduced to lodging at the Cavalier, both people and places joyously characterised by the gently curving lines of Tommaso’s delicate cartooning. It’s a bar raconteur’s extrapolation of standing and circumstance as he builds a broad cast, dipping back into some pasts, the small details supplied in passing gelling for the big picture.

Once we’ve learned about the community, it’s the strangers who take over the story, with Ross Thompson at the centre of some rum events. Tommaso cites his reading into the lives of working men during the 1920s, but evokes the spirit of John Steinbeck more than the novelists he actually lists, by presenting all viewpoints. No-one in Big Spring is a saint, but there’s a comprehensive understanding of why everyone featured behaves the way they do. It’s skilled and its delightful, but unfortunately Tommaso doesn’t seem to have followed up with any further glimpses into how Sam Hill’s life progressed. Never mind, The Cavalier Mr. Thompson stands alone as a beguiling treat.